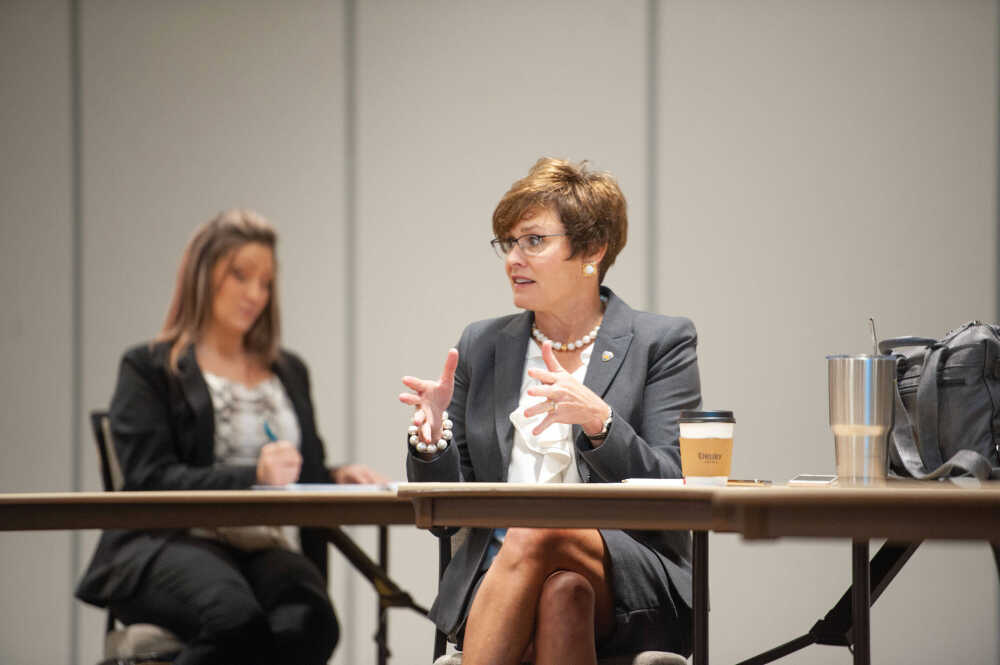 In 2016, the Missouri Department of Corrections was in “complete disarray," according to department re-entry manager Ken Chapman.

“The system [wasn’t] supporting the client ... the system [was] existing to support itself,” Chapman said recently of the department as well as other state and federal agencies.

He said it became clear to the Missouri Department of Corrections, as well as to elected officials in Missouri and legislators throughout the nation, there needed to be a change in criminal justice reform and re-entry.

Fast-forward to October 2020: Pastor John “Tony” Lowden, executive director of the Federal Interagency Council on Crime Prevention and Improving Reentry, is looking to Missouri as a national model for reentry success.

Lowden is the pastor at Maranatha Baptist Church in Plains, Georgia. He served as director of the faith and justice initiative for the Georgia Governor’s Office of Transition Support and Reentry under former Gov. Nathan Deal and as a chaplain for the Secret Service in Southwest Georgia.

In October 9th Lowden led a conference in Cape Girardeau about past incarceration.

About 96% of people incarcerated in Missouri, according to the Missouri Department of Corrections, eventually return home to their communities.

To give them the best possible chance at success, the Missouri Department of Corrections partners with fellow state agencies and community nonprofits to build a network of support in areas such as behavioral health treatment, job training and employment, housing and transportation, family reunification and parenting, basic life skills and other factors that affect risk and recidivism.

Chapman said an example of how the Missouri model works is how the Department of Elementary and Secondary Education comes into prisons and helps the Department of Corrections learn how to better help those with mental health needs and disabilities. The Department of Health and Senior Services prepares birth certificates for clients in prison. And the Department of Revenue helps clients obtain their driver's license ID.

Chapman said these programs and more are all being offered while inmates are still incarcerated, and when they get out of prison they’re prepared to get back to productive lives in their communities.

Another issue the department is trying to educate people on is the stigma behind serving time in prison: “Once you do a crime, you’re always going to be a criminal,” Chapman said. “And that just isn’t true.”

Lowden said the partnership between the Department of Corrections and the Technical College stood out to him because STEM is being taught to men and women in Missouri prisons.

“[Inmates] have the opportunity to go and work in the 21st century environment,” Lowden said. “Having men and women come out of prison, not going back to meth, or drugs or prostitution, so they can be taxpayers and raise their children — that’s just incredible.”

Chapman said Gov. Mike Parson all along had been telling employees in Missouri state agencies that they have to work better together.

This type of holistic approach falls in line with President Donald Trump’s vision to make sure all state agencies are working together with nonprofits to help change communities, criminal justice reform and reentry.

Criminal justice reform was a signature item from President Donald Trump’s first term in the White House. The First Step Act, passed by Congress in 2018, includes changes to policies, procedures and funding to make the U.S. justice system fairer and help inmates successfully return to society.

Included is the Second Chance Reauthorization Act of 2018, which reauthorizes many of the grant programs that provide financial assistance for programs involving employment training, mentoring, substance abuse, mental health treatment, and other family-based services to assist formerly incarcerated individuals

as they reenter society. These were things initially authorized by the Second Chance Act of 2007, according to the Missouri Department of Corrections.

The Federal Interagency Council on Crime Prevention and Improving Reentry is a way for the federal government to strategically coordinate its response to the administration’s goals for criminal justice reform. The council also harnesses considerable federal resources for issues that face youth and adults before they enter the criminal justice system, during incarceration, and upon reentry.

Chapman said part of the success the Missouri Department of Corrections has achieved with its new programming can be attributed to federal and state legislation on the criminal code, policies and procedures. However, there is still more to it.

“Part of it, too, is how you [do] business as a state and as a Department of Corrections,” Chapman said. “It’s being willing to understand that some of our clients don’t need to be in prison. What we need to do is we need to keep them in our communities but surround them with the right supports so that they don’t have to come to prison, and prison isn’t always the best place for them.”