Balance on the river's edge 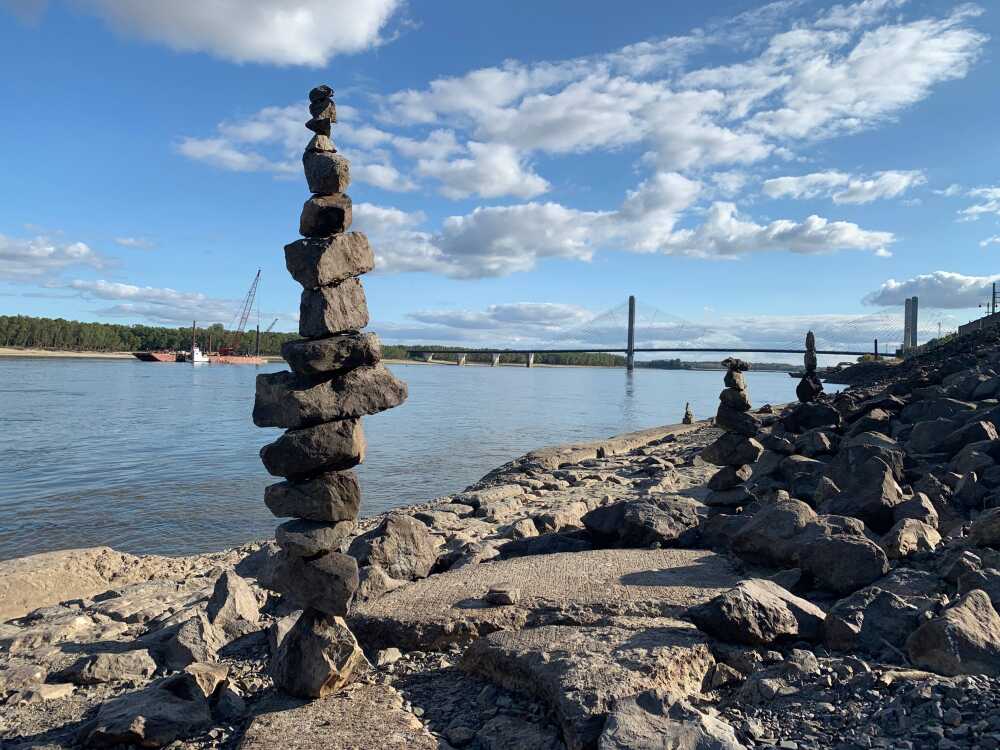 "Cairns," also known as rock towers, stand tall at the edge of the water in the afternoon, Oct. 11, 2020. The Bill Emerson Bridge in Cape Girardeau spans the river in the background.
Order this photo

Feel the power -- and the peace.

The river has been on my mind a lot lately, maybe because it offers a respite from the virus and politics of much else in the world. Maybe because I'm walking it more frequently -- along with dozens of other people -- as a great place for exercise.

Usually I have headphones with me, ready to listen to news, sports talk or a podcast, which in the end I rarely use, because the walk becomes a time to simply pray, meditate on responsibilities and listen to the natural world. Cicadas were a treat this summer, their stridulation rising from the grasses and trees at both ends of the riverwalk. Now there's the curious site of the salvage barge with its clank of metal and fountaining water, and the occasional bald eagle. And, of course: the river crickets.

In the morning before dawn, the howls of coyotes from the eastern bank sometimes waft across the water.

Many of us know how important "green spaces" are to wellbeing, but in the past decade the power of water has come under new research. "Blue mind science" is the study of aquatic environment's health benefits, and biologist Wallace Nichols, one of its leading proponents, writes about them in his book, Blue Mind. 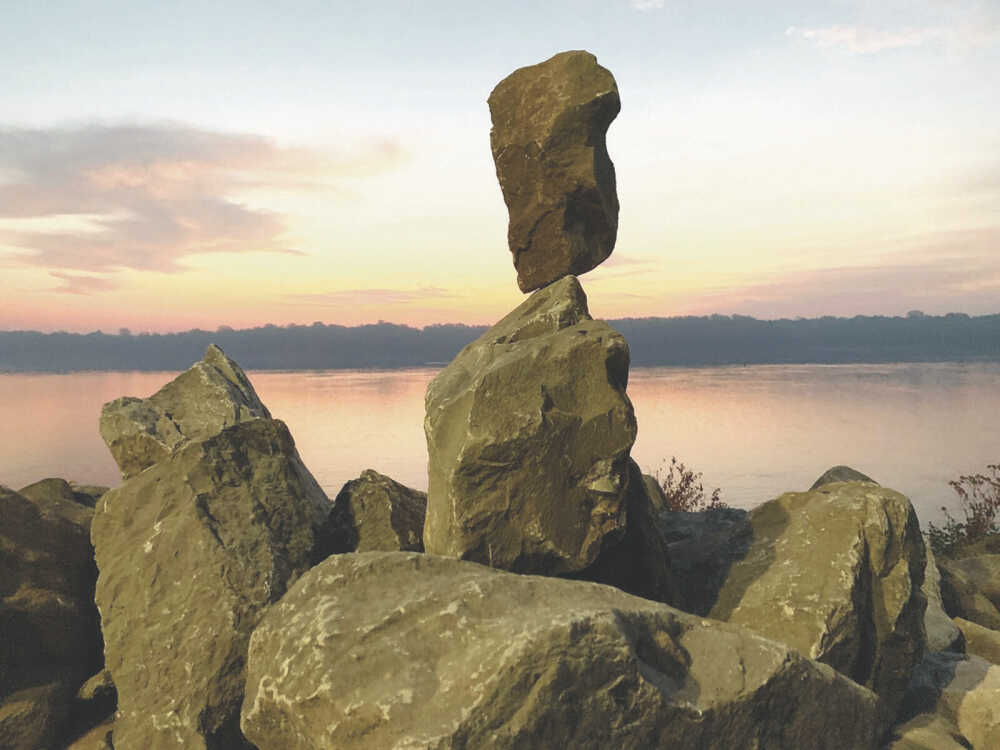 The sun peeks over the Illinois horizon on Oct. 8, 2020. Balanced rocks are gently lit from the west by lamps above the Cape Girardeau, Mo., floodwall.

Nichols told the economics website, Quartz, "Water is considered the elixir and source of life. It covers more than 70% of the Earth's surface, makes up nearly 70% of our bodies, and constitutes over 70% of our heart and brains. This deep biological connection has been shown to trigger an immediate response in our brains when we're near water. In fact, the mere sight and sound of water can induce a flood of neuro-chemicals that promote wellness, increase blood flow to the brain and heart and induce relaxation. Thanks to science, we're now able to connect the dots to the full range of emotional benefits being on, in, or near the water can bring."

Whether it's science -- or spirit -- there is peace and healing in the vast spaces at the riverfront, its broad waterway and wide sky, the changing shadows, colored light and ethereal fog. Over the past few months, at times, I've stopped to take a picture. Nothing was intentional. I never thought to share them. But here some are. High water early in the summer. Low water now. And rocks balanced on rocks in what are called "cairns" during all seasons, thanks to the men and women who stack them. If you're feeling angry, anxious, stressed out or just want to tap into something bigger, try a walk along the river.

Jon K. Rust, publisher of the Southeast Missourian, snapped these photos on his iPhone. For other perspectives about water, visit the Smithsonian Water/Ways traveling exhibit inside Heritage Hall on Main Street in Cape Girardeau. The show runs until Jan. 13, 2021. It is open Wednesday through Sunday from noon until 6 pm. A block from the Themis Street river gate, you could even walk the river and take in the show on the same afternoon. Entrance is free. 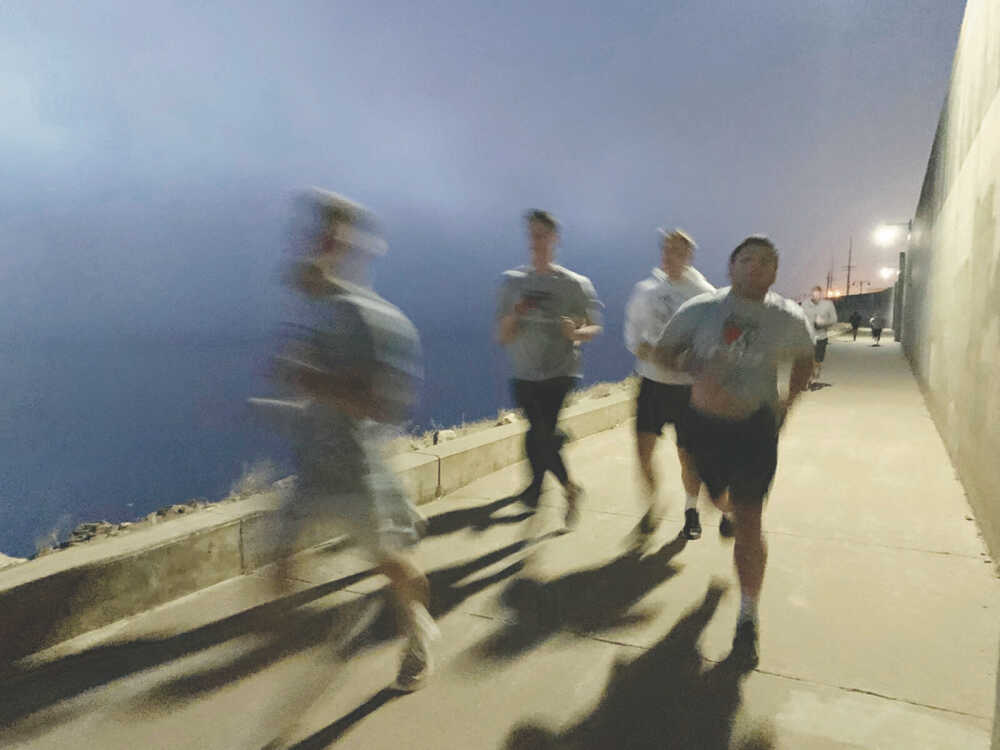 Soldiers with the Missouri National Guard run beside the Cape Girardeau floodwall before 6:30 a.m. on Oct. 13, 2020. 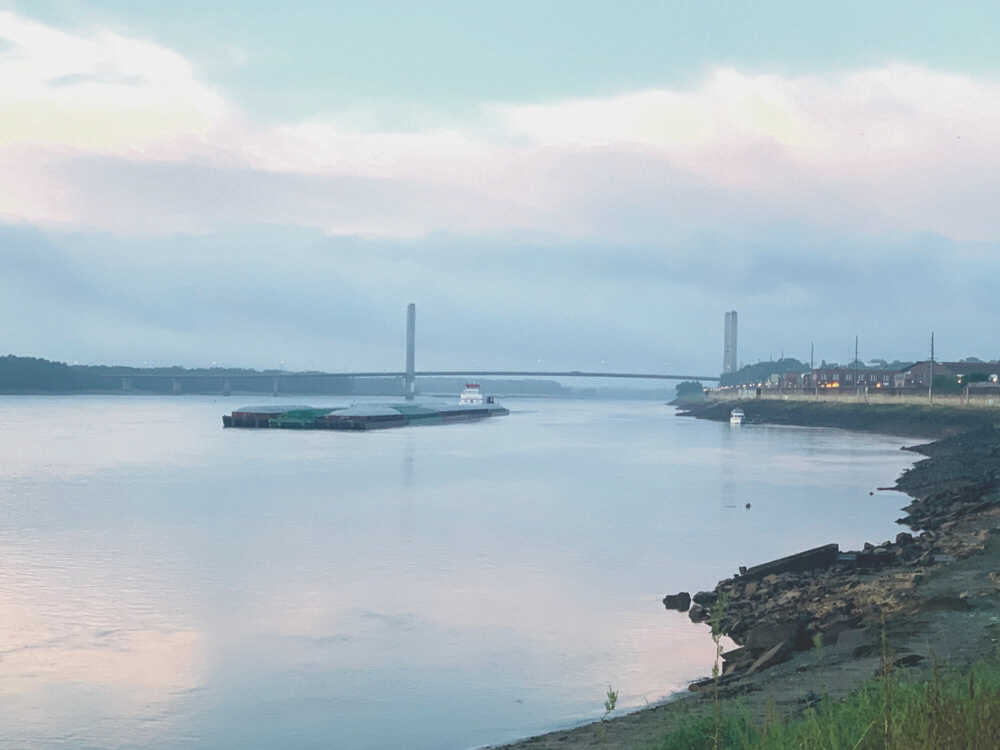 A barge plies its way after the fog has lifted at the riverfront in Cape Girardeau on the morning of Sept. 2, 2020. 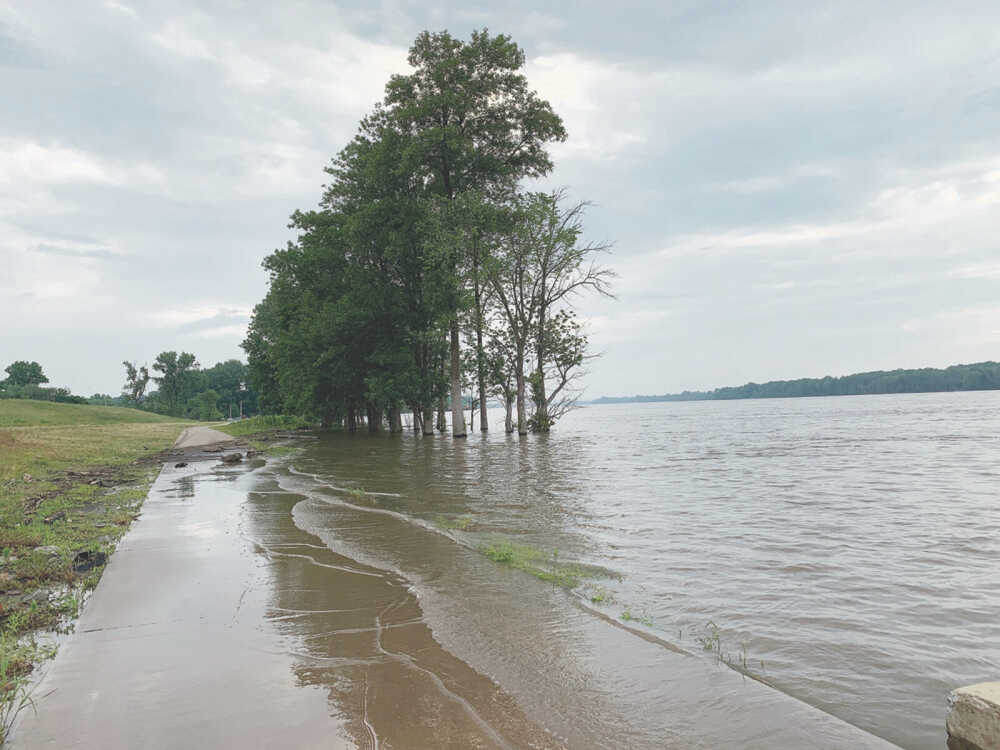 The water laps over the bank of the Mississippi River, looking north toward Honker's Boat Dock, on June 4, 2020.
What we don't know about the election
Jon K. Rust
We are less than two weeks from the 2020 election, and no one knows who is going to win. Polls suggest that former vice-president Joe Biden is likely to come out on top -- significantly, when it comes to the popular vote -- but we all know what happened in 2016. Against the odds, Donald Trump defied the experts and scored the victory where it...
More from this columnist · Jon K. Rust