EDITORIAL: What you need to know about voting in the upcoming election 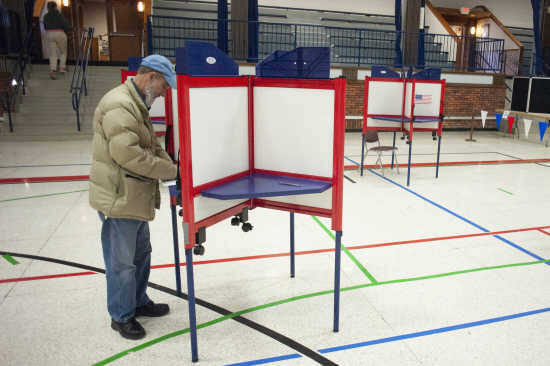 Missouri appears to be taking a better path as apposed to some states that are sending unsolicited ballots to all registered voters -- something we believe is ripe for problems.

Locally, Cape Girardeau County Clerk Kara Clark Summers and her staff are handling the election process professionally and with comprehensive forethought, while maintaining a customer service attitude to accommodate voting. We only wish election authorities elsewhere in the country were doing as good a job as Summers and her staff.

One option that hasn't received much attention so far is early voting, which is now open in Missouri. In Cape Girardeau County two polling locations are set up for early voting: The Osage Centre in Cape Girardeau and the county government Administrative Building in Jackson. Both locations will remain open before Election Day for voters who want to cast their ballots early. For those concerned about long lines and possible exposure to COVID-19 on Election Day, this is a good alternative.

"We want people to vote in-person because that's the best way for us to know that it will not only be easy and safe for you to vote, but for your vote to count," Ashcroft said.

Not sure if you're registered to vote? Contact your county clerk. This office can also answer your questions about absentee and mail-in ballots and what you qualify for this year.

If you want to further help the electoral process, consider serving as an election judge. In Cape Girardeau County, visit capecountyelections.com, click on Election Information and select "Become an Election Judge." You can also call (573) 243-3547.

We are only a few weeks out from this important election. Make plans now for how you will cast your ballot.