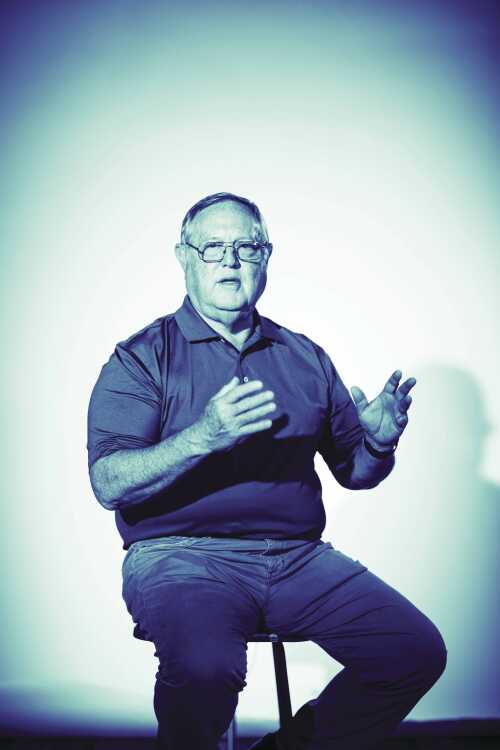 When Alan Keenan graduated high school in the mid-1970s, he wasn't sure what his next step in life would be. The road ahead of him was unknown, he said; his father gave him direction to start the family business, Alan Wire, as a family partnership.

Their company has grown over the years, starting out of a garage and expanding into a copper wire manufacturing company with two Sikeston locations and many employees that Keenan said he's incredibly proud of.

As the wire company grew, Keenan introduced a local high school program that would help students experiencing a similar dilemma when they graduate. Drawing on similar curriculum developed at schools in Alabama and Georgia, Keenan launched the Next Step program to guide local high school students in working toward a decision on their future.

Alan Wire enrolls 25 to 30 students a year in the hands-on learning experience to train them in team collaboration, professional skills and career readiness. The students, who work part time at Alan Wire during the program, are paid during the program while also receiving instruction on life skills, professional behavior and dress, and responsibility. Last year, Keenan said 16 students graduated the program to continue their education, serve in the military or become involved in a longtime career at Alan Wire or other local industries.

Students in grades 11-12 at Sikeston High School, New Horizons High School and Richland High can participate in the program, Keenan said. For the first few hours of the day, students attend traditional classes at their respective high schools. Students then spend the remainder of the school day -- about four hours -- working in the program at Alan Wire.

Beyond hands-on work, the program also incorporates education on many different career paths, including field trips, to provide students with a comprehensive view of available career options.

Since the program's start some five years ago, he said he's seen the students grow more and more confident in skills that they have developed through the company and are enjoying their class instruction more. In addition, he said he's noticed students staying in school, graduating to a variety of career options. As students graduate to pursue different career and education paths, he said it's a "measure of success of the program" that students were able to determine their path in life.

He said it's both a family and company philosophy to work hard, do the best work possible, care for your family and to "give back to the community that's made you successful." Volunteering in the Sikeston community is rewarding, Keenan said, and something he's done often in the past.

Keenan has served as Sikeston mayor, seven years on Sikeston City Council, several years on the Missouri Delta Hospital Board, chairman of the Sikeston Jaycee Bootheel Rodeo, member of Sikeston Utility Board, in addition to volunteering with the Big Brother Big Sister program.

For those who are unsure of their path in life, Keenan advises to always work hard, make good choices and treat people fairly. He said it's important to keep eyes open for opportunities, as they might come when you least expect. Creating a career in something that one is passionate about requires courage, he said, but it's worth it in the long run.

He said he's lucky he had his father's guidance at the start of his career; as he worked with his father to create Alan Wire together, he said he felt that direction toward the next step in his life. Through the Next Step program, he's working toward providing that same opportunity to students in the area.