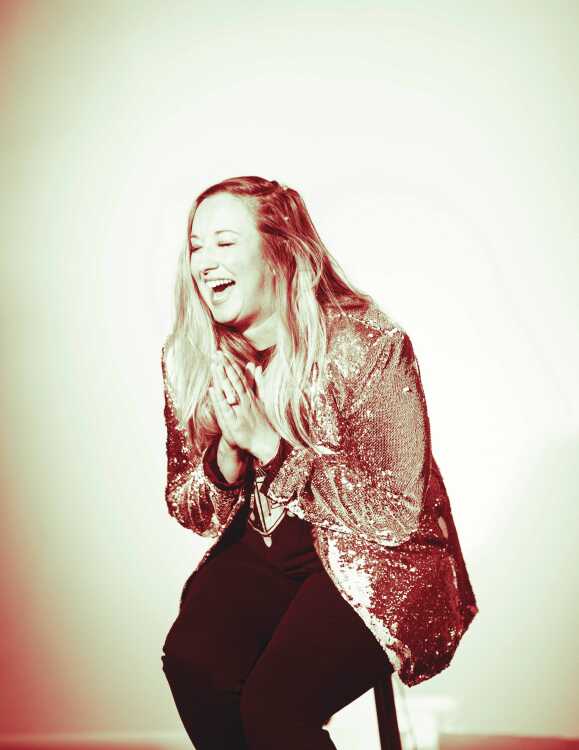 "I promise to love myself and others today."

These are just some of that many affirmations that Jefferson Elementary School principal Leigh Ragsdale led students in repeating at the start of each school day. Ragsdale, following her fiancee, moved out of the area just before the 2020-2021 school year began, but what she established at Jefferson was remarkable. Here's the kind of positive systems built around "positive energy" that she created.

Before even entering the building, students are greeted by an adult with a high-five, elbow bump, hug or dance. Students gather before classes to participate in a cross between homeroom and a pep assembly in the gym -- they recite affirmations, recognize birthdays and say the pledge of allegiance if they choose.

As an educator, Ragsdale believes encouraging and building students through positivity is the best way to ensure success.

"I believe in life as a human being first," Ragsdale said.

She notes that she considers her humanity before any career or other role, and it's something she hopes students learn, as well.

She encourages students in engaging in project-based learning, with an emphasis on evolving curriculum and problem solving. Jefferson Elementary students participate in two service days a year, as Ragsdale said she believes it helps to place the school and community "on the same team." It's important to teach children how to make the community better and focus on being successful, she said.

One of the most rewarding projects she said she's ever completed is JE Ballers, a Cape League baseball team composed of students from Jefferson Elementary. She describes how the community rallied behind the team, providing baseball equipment and uniforms for the students. She said in the midst of a bit of a doom and gloom world right now, she enjoyed bringing back those summer memories of baseball. She saw such support and encouragement from so many families in the process, including a former student of hers who volunteered to coach.

While many members of her family are involved in education, Ragsdale said she wasn't initially attracted to teaching. She earned a degree in communications and was working at a nonprofit in St. Louis when her uncle asked her to substitute teach in his absence. She said she fell in love with education and was soon working at an alternative high school in Hillsboro. While she said the high school initially didn't have the best reputation, through volunteering and college readiness programs, she was able to "flip the script" on how the community viewed the alternative school.

She earned a master's degree in education, later serving as vice principal at Central High School and head principal at Franklin Elementary.

"It's been one dream after another," she said.

Ragsdale created the empowering speaker series "Women Who Cause a Ruckus" with her friend Kelley Branch two years ago. The pair wrote and published a book in 90 days and had planned speaking events at universities prior to COVID-19.

In her work, she said so many people inspire her in many different ways. One of her most significant inspirations is her mother, who always encouraged to follow her passions, take risks and never let anyone kill her spirit. She never met her grandmother Marie, but Ragsdale said she's always been told they're very similar.

Day to day, though, she said her biggest inspirations to be successful are the people she's surrounded by at JE -- they're the real "rock stars," she says.