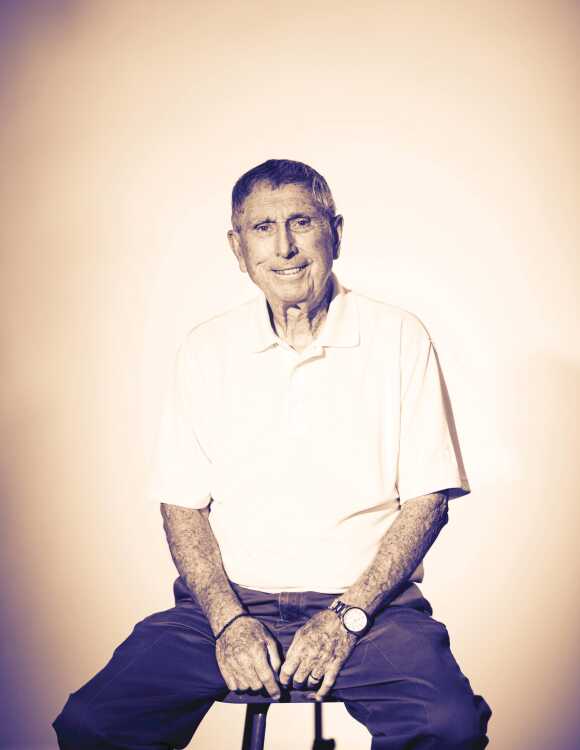 Carroll Williams is best known in the community as "Coach Williams." He's spent about 65 years educating students in physical education classes and coaching local sports teams, but it was his work with a local Christian school, in his 80s no less, that earned him Newsmaker distinction.

He taught at Southeast for 50 years until he left the university in 2005 -- he said 50 years was enough for him, and he planned to retire. However, life had other plans for him.

Shortly after retirement, Williams received a call from Cape Girardeau Central High School. They needed a freshmen basketball coach and asked if he would be available to help. While he was coaching at Central, Williams said he received a call to substitute teach at an alternative school; he ended up staying there eight years.

His wife, who was also in education, was teaching third grade at Kelly Elementary School at the time. She received a call to teach first grade at Cape Christian School; Williams inquired if he could help with their physical education program.

Three years into his career at Cape Christian, the school had an opening for an administrator. Williams was asked to fill in temporarily. He ended up staying, however, leading the school through a period of uncertainty where it nearly closed its doors.

After two years without a church sponsor, Williams is helping transition the private Christian school into Lynwood Christian Academy. Classes began in August. A school that operated for more than 40 years and nearly closed for good now has a promising future with one of the area's largest churches backing it. Williams' leadership played an important role.

The most rewarding part of his career was watching younger, "awkward" kids grow into well-trained college athletes through coaching and PE classes, Williams said. Working with people is the most enjoyable part of the job -- without the opportunity to meet dedicated groups of athletes and hardworking individuals, he said coaching just wouldn't be the same.

"Those sorts of things stand out in your mind," he said. "It's all about the people."

He believes good character is central to becoming a successful person. Someone with good character and work ethic, he said, could attend any community college and receive similar job offers to those who studied at Harvard or Yale. It's Williams' own character that has carried his name through the Cape Girardeau community.

It's important to him that he could be counted on to complete a task, never putting something on the back burner to complete tomorrow. He said being dependable is a hard-to-find quality today, and something he hopes is valued more. Williams keeps himself accountable, wanting to always live up to his word; it's something he said has helped him gain so many jobs in education.

In fact, he said he's only ever applied for one job in his life; it was the position at an alternative school in Cape Girardeau, due to a procedure requiring a formal application. All other teaching positions were given to Williams through word of mouth on his integrity and strong work ethic.

Widely known as "Coach Williams," he said one of the most rewarding parts of his lifelong career in education are the connections made with community members he might not even know. Williams said he was recently approached at a car wash by a man who recognized him; the man was the son of one of Williams' students in the 1960s. Connections such as these help communities flourish, he said, but it's hard to make these connections without starting a conversation first.

As for Williams' own athletic involvement, he said he enjoys to golf -- he's been an avid golfer since he was 11. He also loves to volunteer with his church, Lynwood Baptist, as well as spend time with his family.

"We just enjoy life very much," he said.