How to enact a diversity, equity and inclusion strategy in your workplace 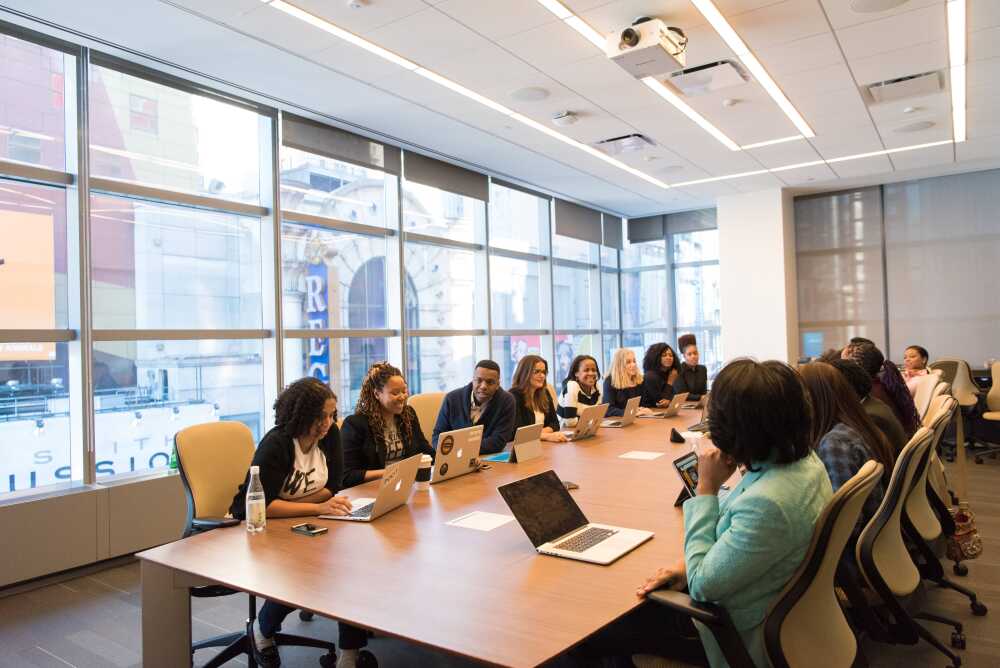 Imagine this: two groups of three people of differing heights, reaching to pick apples from the same tree. In one group, each person is given a box to stand on that is the same height as they reach to try to pick the apples, causing two people in the group to remain too short to reach the fruit. In the other group, each person is given a box of differing heights to stand on that will raise each person to the height of the apple-laden branches. Which group will be able to successfully pick the most apples?

This is the difference between equity and equality, said Dr. Nika White, diversity, inclusion and equity consultant and founder of Nika White Consulting, as she shared this image at the first in a series of diversity and inclusion webinars hosted by the Missouri Chamber of Commerce.

Equality means giving everyone the same thing regardless of any privileges they did or did not start out with; equity means meeting people where they are and giving them the tools they need to be able to succeed.

White's talk, "Steps for Implementing a Diversity and Inclusion Strategy," took place July 14 and was followed by webinars on the topics of "How to Recruit and Train Diverse Talent," "Put to the Test: When You are Faced with a Workplace Investigation" and "Diverse Leadership: Empowering Diverse Leaders in Your Organization," held each Tuesday throughout July into the first week of August.

The webinar series sought to equip Missouri business leaders with the tools to foster diverse, equitable and inclusive work cultures in response to the renewed call to fight racism following George Floyd's death in May.

Partially in response to protests and a critical awakening of social consciousness in regards to race, now more than ever, both employees and consumers are seeking out socially-responsible companies, the Chamber noted in the agenda.

In light of this, companies who engage in diversity, equity and inclusion (DEI) with the end purpose of increasing commerce, White said, are the organizations that commit with the most resolve and success, more so than those businesses that engage in DEI out of basic compliance or out of character/because it is the right thing to do.

This is because when businesses function with their end goal of increasing revenue in mind, they focus on developing talent, innovating and creating methods that generate capital, which is, after all, the purpose of running a business.

Because these businesses see DEI as a key component of increasing revenue rather than something they need to do in addition to this end goal, they create real ways for people of all differences -- white, Black, non-white, non-black, male and female -- to contribute to the organization, making it stronger because of the varied perspectives.

The important paradigm shift, White said, happens when businesses see diversity, equity and inclusion as an opportunity rather than an obligation.

Rather than asking, "What should we do to advance DEI?," businesses who instead ask, "What can DEI do to advance our organization?" are more successful in creating lasting and top-performing strategies.

When individuals within companies begin to ask this question and build systems, policies and procedures from it, companies are transformed.

No matter where you're at in the process of creating a DEI strategy, the important thing is not when you came to the table but that you've shown up at the table, White said.

From "Not Yet Starting" to "Ready to Start" to "Launched" to "Well on the Way" to "Exemplary Leading," there is no destination, only the journey to continuing to go deeper, transforming your own, your employees', and your workplace culture's attitudes and practices in regards to DEI. It is about pushing through even though it is a complex issue, focusing on shifting attitudes and practices within your workplace, White said.

Rather than doing "one and done" events that may inadvertently cause your organization to believe you've checked the box for being diverse, inclusive and equitable, focus on creating policies with lasting impact so everyone in the organization acts as an owner of it.

You can begin, White said, by collecting quantitative and qualitative data to discover biases that lie within your workplace culture and its policies.

When holding conversations with employees about their experience of race within your workplace practices, it is good to assume positive intent and to listen to respond, not to react.

In addition, White advises that businesses create a DEI council or hire a point person that is responsible for developing and enacting a DEI statement that aligns with the mission of the company.

Always hire the best person for the job, period, regardless of skin color or any other factor, White said. Additionally, hiring diverse talent is not enough, she said; workplaces must create cultures in which every employee feels they belong and can uniquely contribute without the need to hide or change any facet of their identity. When this is accomplished, employees will be able to thrive, which will, in turn, cause businesses to thrive, too.

For more resources about diversity, inclusion and equity, visit nikawhite.com.