Thank you for your support during a challenging time 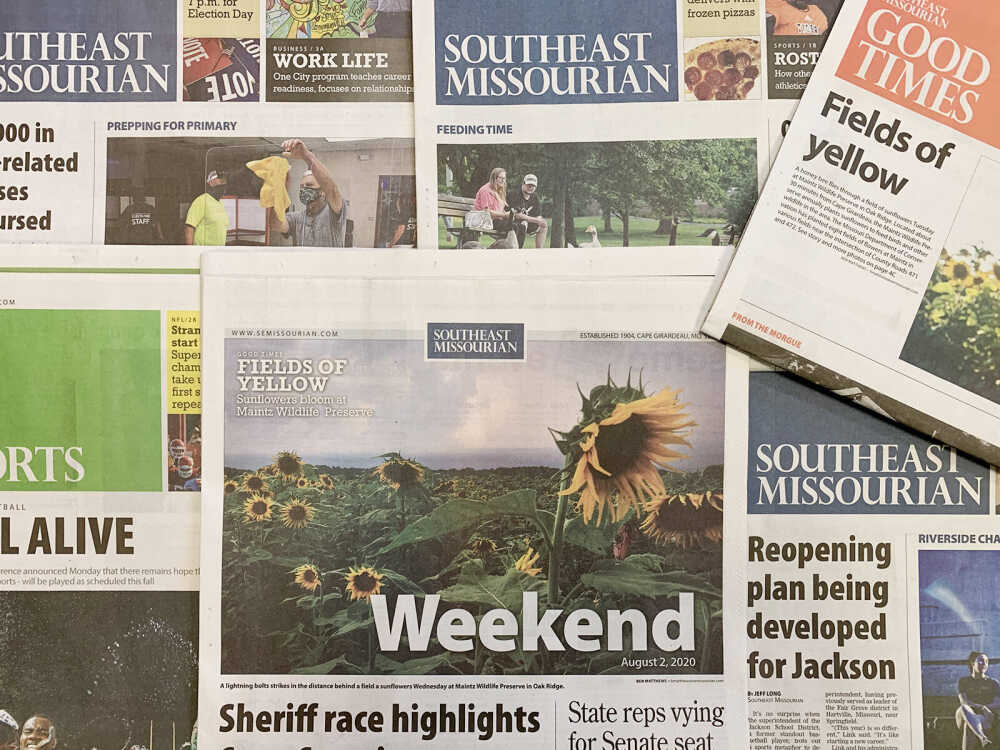 Here are two vignettes for your consideration. I wrote the second part -- a bit stream of consciousness -- before hearing the first. And yet, they connect.

On August 3, Margaret Sullivan, author of the book "Ghosting The News: Local Journalism And The Crisis Of American Democracy," appeared on NPR's FRESH AIR.

She was asked about why she was sounding the alarm about newspapers.

"Well, it's -- it is an alarming situation but one that, most members of the public don't seem to be very tuned into. In fact there's research that's been done that shows some 70% of Americans think that local news organizations are doing pretty well financially. That's not the case, especially when it comes to newspapers. And after spending most of my career at a regional newspaper in Buffalo, I know how important that is to the community and to -- sort of as an underpinning of our democracy.

"And I thought it would be important to show people the connection between the decline of local news and what's happening in our society at large. And it's -- it means less political engagement, less voting across party lines, the possibility of more corruption at the local government level and, I think, the weakening of community ties in which we all kind of relate to each other based on a shared, you know, group of facts that we may want to do different things with -- interpret in different ways. But we all can sort of agree on what's happening. So I see it as a real crisis. And I wanted to let people know what the price of it is before it's entirely too late."

The world is a strange place right now and America is confronting challenges from every direction, while traditional places of escape and refreshment are either denied or they are infected by one of the current maladies. Major League Baseball, for example, is limping along, hampered by the coronavirus with no fans in the stands and games often canceled -- with political sloganeering a regular part of its new atmosphere.

Along with the Bible and church, one of my touchstones, especially in this turbulent time, are the principles of Steven Covey's book, "The Seven Habits of Highly Effective People." And one of the habits he promotes: "Seek first to understand, then to be understood."

What I see in today's world is many people seeking to be understood first (and thus, not listening) but who really just want to voice "their truth," make demands and be obeyed. They act upon the belief that if it is felt, then it is true; and disagreeing (with them) is not only disrespectful, it means threat. "If you don't agree with me, then I am unsafe."

It is sad how far we've moved from robust discussions on serious topics -- where ideas are engaged -- to name calling and virtue signaling, emotional manipulation, cancel demands, self-pity, self-aggrandizement and hubris.

All of this is a long introduction to say, through all of this: Thank you.

Thank you for reading this newspaper and for subscribing even as we continue to print on paper only three times a week because of the ongoing impact of the pandemic.

Thank you for engaging in ideas, thinking, listening, learning, disagreeing, agreeing, living a life that isn't just about you. Thank you for reading with discernment and an aspiration for understanding. Thank you for investing in our community.

Thank you for your compassion and sacrifice and endurance.

Humanity has struggled through challenges before and prevailed, and we will do so again, because we are not alone. Faith, hope and love are instilled in each one of us. And from them grows courage.

Thank you again. God be with you. And with your ongoing support, we will report and be there for you along the way.