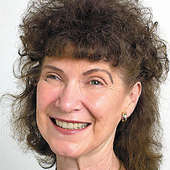 Jim couldn't get things in his life together. It seemed that everything he desired, or thought he wanted, failed. He felt very insecure inside and this thought pattern seemed to overshadow his whole life. Jim was depressed and discouraged, but a great person. Beginning in high-school, he felt like he didn't fit in with those he wanted as friends. He needed encouragement. The young man did his best, during this stage, and he pretended to be happy -- while emotionally starving -- merely getting through each day. He had recently moved into a new school district and had to change schools. He attempted to join whatever he could to meet new people and hopefully acquire a social network, but he still felt lonely.

Even though Jim was having a difficult time with his social image, he had support within his family. His parents, siblings and aunts and uncles were loving and supportive. The youth still couldn't find a solid core within himself. His family was poor, but Jim threw his head back and did what he could to succeed in school. Consequently, he was friendly, well respected and considered to be intelligent. However he was not a part of the "in" crowd and became discouraged.

Jim eventually married a great woman that supported him in everything of which he had dreamed. Jeanie's attitude prompted him to accomplish things he had wanted, and she provided an atmosphere of positivity and possibility. He blossomed under her influence of encouragement.

We, all have a mountain we would like to move. Almost everyone seeks a seemingly unmovable deterrent that holds us back. Although many proclaim they are self-made people, having received no help from any one, I think this is seldom true. Many times, one word from a respected other, can move our mountain. It may be in the form of an off-handed comment or remark, or it may be an intended compliment. Anytime we're able to raise someone's spirits, we need to look for things that deserve praise and make him aware. Bring positive attention for a skill such as cooking, or to a child riding his first bicycle. An amateur in almost anything, positive, deserves recognition -- for trying and progressing in his attempt.

Say "hello, have a good day, I love you," or especially, give the gift of a smile. I have a 94-year-old relative who seldom has the opportunity to go shopping or out. This is because of the unavailability of someone to take her. She lives alone, and when she has the opportunity to go out, she is eager to participate. As I talked with her, recently, she filled me in on her trip to the local grocery store in her town. She was bubbly and happy. Melisa said it did her good to just get out and see people. She talked about one particular sales-person at the store that said "hi" to her, and smiled. This incident made her day. The friendly clerk probably didn't recognize the impact she had made on Melisa's mood. I can relate to her joy because someone's smile directed at me, has the same effect. Someone is verifying that we are visible and worthy of their gesture and effort. If I'm feeling low, it can change my attitude. One smile always draws a return smile from another. We gain a spring in our step and our mountain of loneliness, invisibility, or insecurity can be lifted by that one simple act. Let us do the same.

If we're tackling a seemingly difficult and impossible goal, often it's the constant support and encouragement of others that keeps us on track and prods us to finish that race. Someone can simply say, "You can do it." Whether we're pursuing a career goal or facing a health challenge, other people's assurance may be all we have. 1 Thessalonians 5:11 says to "encourage one another and build each other up, just as in fact you are doing." We can, indeed, make a difference.

More from this columnist · Ellen Shuck