EDITORIAL: Flag Day and a reminder of why we stand 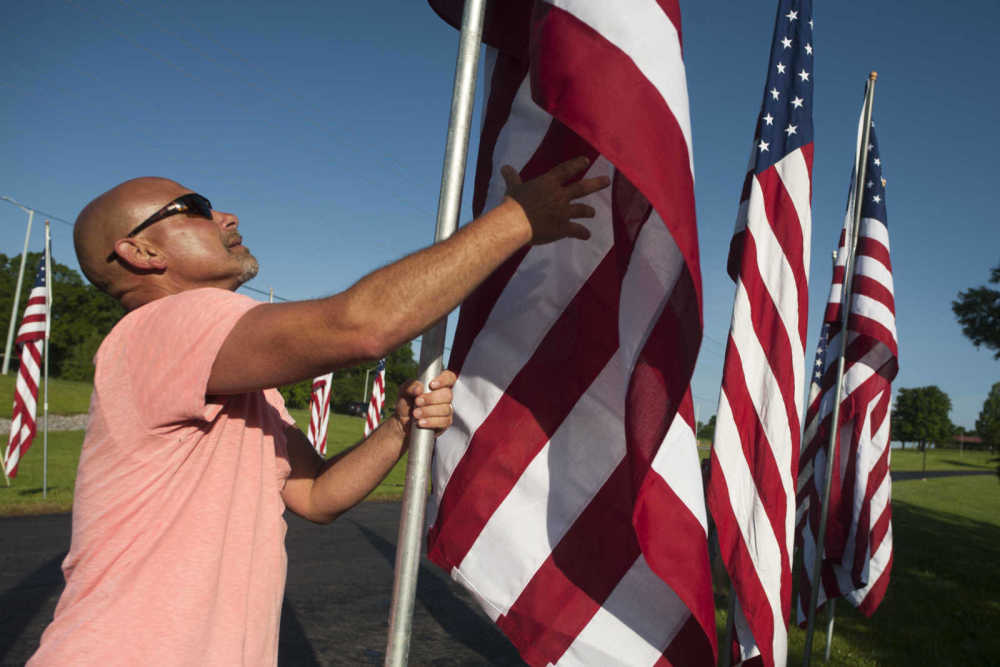 Sunday is Flag Day, a day established to honor the Stars and Stripes as America's official flag.

The first observance of Flag Day was in 1877, 100 years after the Stars and Stripes was adopted by the Continental Congress to represent this country.

Locally, Flag Day is one of five days during the course of the year where hundreds of flags are flown at Cape Girardeau County Park. The Avenue of Flags and nearby Veterans Memorial Plaza is as patriotic an exhibit as you will find. On Memorial Day, 727 flags were posted. Even more will go up Sunday, each representing a veteran from Cape Girardeau County who died in the line of duty or post service.

There's been a call by some to kneel when the Flag is posted and our national anthem is sung. For these individuals it's often about protesting violence against people of color by some police, the George Floyd death in Minneapolis being the most recent example.

We condemn those in law enforcement who abuse their position of authority and call for their prosecution to the full extent of the law. Likewise, we condemn the retaliatory violence and looting that has taken place in many U.S. cities and ask for justice for those they harm.

Thankfully the protests locally have been peaceful, and local law enforcement not only condemned what took place in Minnesota but also blocked traffic and helped provide a safe environment so peaceful protesters could express their views.

America is not perfect. No nation of people is. And beneath the flag, we may disagree on specific paths forward. But the best ways to improve our country are those countenanced in our Constitution, symbolized by the flag, including freedom to peaceably assemble -- and protest -- and freedom of speech. It is for this Constitutional system and its rights -- and in gratitude of those who fought and died for such freedoms -- that we proudly stand: Out of many, one.

The Pledge of Allegiance

I pledge Allegiance to the flag
of the United States of America
and to the Republic for which it stands,
one nation under God, indivisible,
with Liberty and Justice for all. 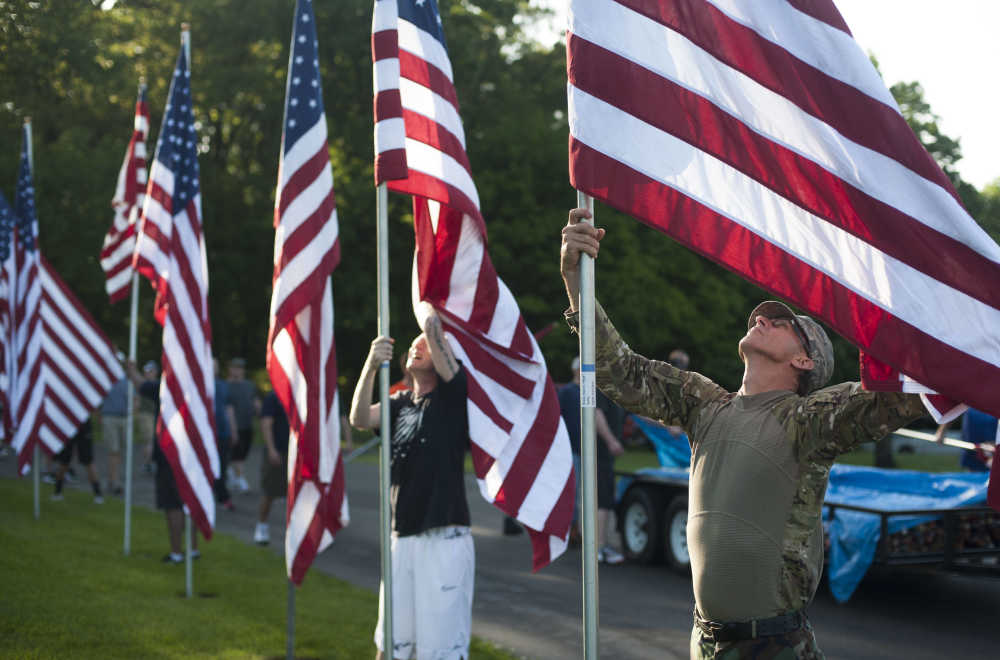 Memorial Day 2020
Ben Matthews
Various commemorations of Memorial Day are captured Monday, May 25, 2020, in Cape Girardeau and Perryville, Missouri. In Cape Girardeau, a crew of workers from Adult and Teen Challenge Mid-America assisted in assembling the Avenue of Flags at Cape Girardeau County Park North, and the flags will remain posted until Tuesday evening. In Perryville,...