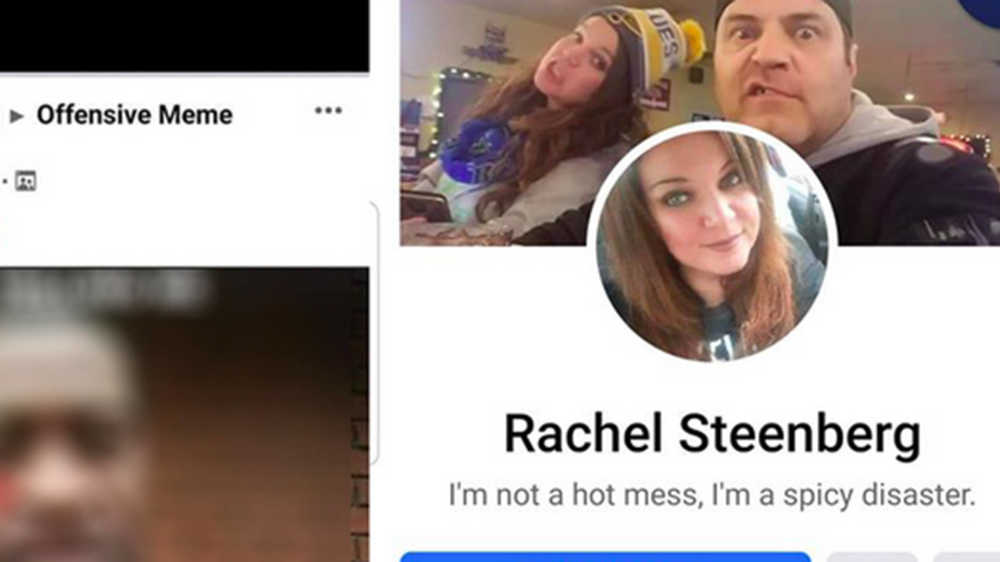 Elizabeth Shelton, executive director of United Way of Southeast Missouri, was in the car with family on her way to a long-planned and much-earned vacation on Monday when I caught up with her. She and her staff had just gone through a week of hell, thanks to a Facebook scammer who posted a vile racist meme with fraudulent personal information that incited more than 276,000 comments to date, including death threats and charges of racism against the local United Way. Shelton -- a caring, compassionate individual who is ever professional -- tried to put as good a face on things as possible. But make no mistake about it, this episode marked the worst kind of cesspool found on social media.

On May 28, with the nation afire in the immediate aftermath of the death of George Floyd, a woman with no known ties to the United Way or this area posted a picture of Floyd with the most despicable descriptive terms, including a variation of the "n" word. She then listed her place of work as "United Way of Southeast Missouri," past employment at "Washington University School of Medicine" and school affiliations with "St. Charles Community College" and "Lutheran High School." All were false.

The woman -- and I think it's a real woman, because identifying information was tracked to other accounts -- also described herself under the term: "I'm not a hot mess. I'm a spicy disaster." The original post was made to a group called "Offensive Memes" with the comment: "I'm going to hell," accompanied by emojis of fire and laughter. Presumably, she thought she was being funny.

The next day, social media exploded with thousands of menacing comments about the United Way. According to Google trends, this incident became one of the most searched in Missouri. What happened is that the meme was shared among various interest groups, some who seek to destroy racism and injustice in social media, with many not hesitating to use expletives and the worst kind of threatening language. Online calls went out to cause bodily harm and burn down those (wrongly) associated with the post. Other comments simply called for the woman to be fired or to decry any funding to United Way. Shelton and her small team, aided by board member Darren Burgfeld, began to respond, answering "more than 200 telephone calls an hour" and responding to thousands of comments on Facebook, Twitter and Instagram.

With Burgfeld's help they posted a blurred image of the offending meme on their Facebook page, a screen shot of the original poster's page, along with the message:

"United Way friends: If you have seen this despicable post making its way around social media: First, Rachel Steenberg has never worked for United Way of Southeast Missouri. We honestly don't know who she is, and we have asked her to untag us as her employer.

"Second, this is a horrible thing. We pray that no one begins to see this as funny. Please know we are here to HELP our community as United Way, and would never perpetuate such a thing. I have blurred the meme posted because of how offensive it is.

"Many of you have reached out and we thank you for that. ...

"Our hearts are with George Floyd's family and those who mourn his death. We join you in mourning."

Later, United Way added a comment above the original message: "***It appears her profile has been deleted. Let's help her hatred disappear along with it. Please know that we have ZERO association with that person. None. We have been fielding an incredible amount of messages and phone calls. Amidst all of the negative attention, we have so much work to do for our community, especially during this coronavirus outbreak. Please spread our message and help us continue to help our neighbors throughout Southeast Missouri. We love you and have lots of work to do. Thanks.***

For several days, the staff remained busy -- hour after hour -- posting responses on social media and fielding telephone calls. They weren't the only ones who dealt with the fallout. A frightened, innocent woman from Rockford, Illinois, with a similar name to Steenberg was barraged with vicious, threatening comments too vulgar to quote. Another innocent woman, whose telephone number had been posted as belonging to Steenberg, received messages, too. Other United Ways (such as United Way of Southwest Missouri), places of alleged employment, and various educational establishments also came under scrutiny. None in the original post had any association with Steenberg -- and only one, a past employer tracked down online, said she had been on payroll years ago.

At a certain point, Shelton wasn't just trying to get correct, accurate information disseminated, she began to worry about her team's safety.

"I went from being stunned to angry and then concerned, especially when a group in St. Louis said, 'We know where you are and we're going to caravan down and torch your place.'"

Undaunted, Shelton's team persevered, buoyed by those who expressed appreciation and solidarity with the United Way, along with those social warriors who accepted the information and shared it to help defuse the situation.

Unfortunately, in the world of social media so many conspiracy theories abound that many people just end up believing what they want, perpetuating lies. I followed dozens of comment threads about the incident, and it was common to find some commenters discounting the United Way's information as a "cover up," which is what makes so much on Facebook insidious. People believe what they want to believe. Verifiable, sourced information is discounted when it doesn't conform to prejudice.

What tracking dozens of threads and hundreds of comments also revealed to me is how many hateful and racist posts there are -- along with even more thumbs ups and emoji'd laughter. (Not all can be the work of Russian troll farms.) Maybe in number compared to the population of the United States the total is tiny, but there's enough to keep righteous, potentially violent indignation fresh. That's another insidious aspect about social media. Little is in context. Anecdotes (true or not) rule. And like gasoline, social media spreads the flames of outrage among many it touches, some who arm themselves with malicious strategies to intimidate, dox, and destroy those who cross them.

Which is what makes Shelton and the local United Way so impressive. Instead of succumbing to anger and fear, they condemned the original post, kept commentary about it open on their Facebook page transparently, and explained their total separation again and again and again and again.

"Two of my big takeaways," Shelton reflected to me Monday, displaying the empathy that carried her team through the crisis, "are, first, the concern of so many people that moved them to take action. And second, the overwhelming support that exists for United Way of Southeast Missouri and the United Way as a global operation."

Here are more takeaways from me. Anyone who posts such malign things -- in word or image -- is doing evil. True evil. Then to lie about who you are, tainting innocent bystanders? You are making this world worse -- and provoking it toward hostility. Same with those who swear and threaten to "f* and burn" strangers because of an uncorroborated, easily faked social media post. Meanwhile, all of us should be careful about believing (and how we react to) any comment made on social media, especially if it is ultra-inflammatory.

And for Facebook, Instagram and Mark Zuckerburg, Twitter and Jack Dorsey, here's a suggestion. How about a donation to United Way of Southeast Missouri? They're good people who didn't deserve the frantic stress they faced (empowered by you). Supporting them -- and other nonpolitical institutions that day in and day out work in local communities for the social good -- would go a long way to helping people in need. They won't clamor for your attention, but they deserve it. 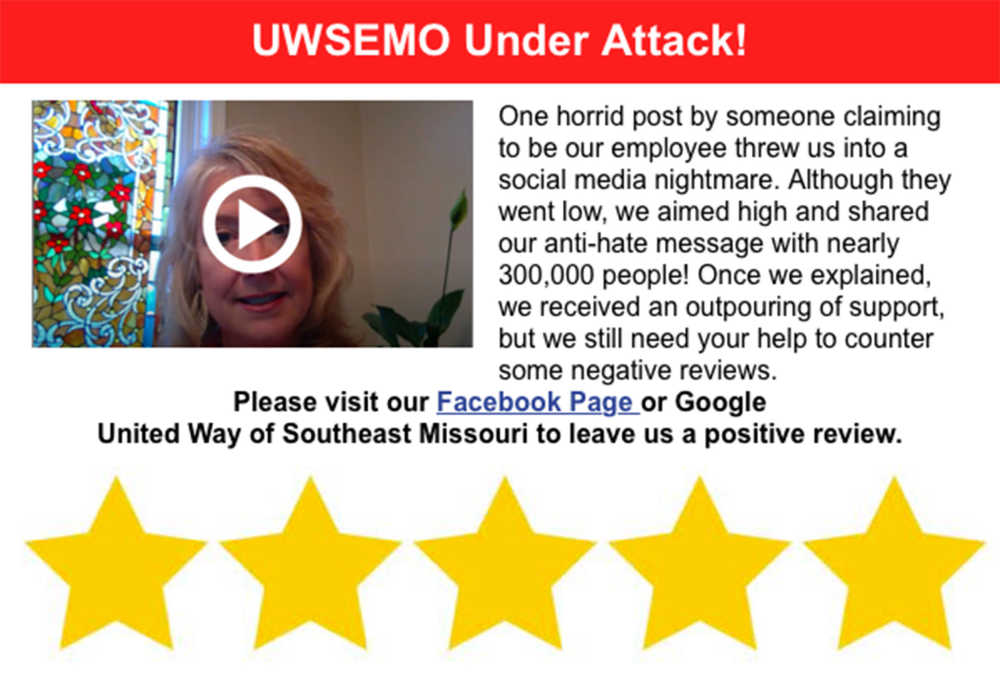 United of Way of Southeast Missouri posted a YouTube video to local supporters explaining what happened to it following the posting of a “hateful, hurtful, racist meme” by “someone we have never heard of.” 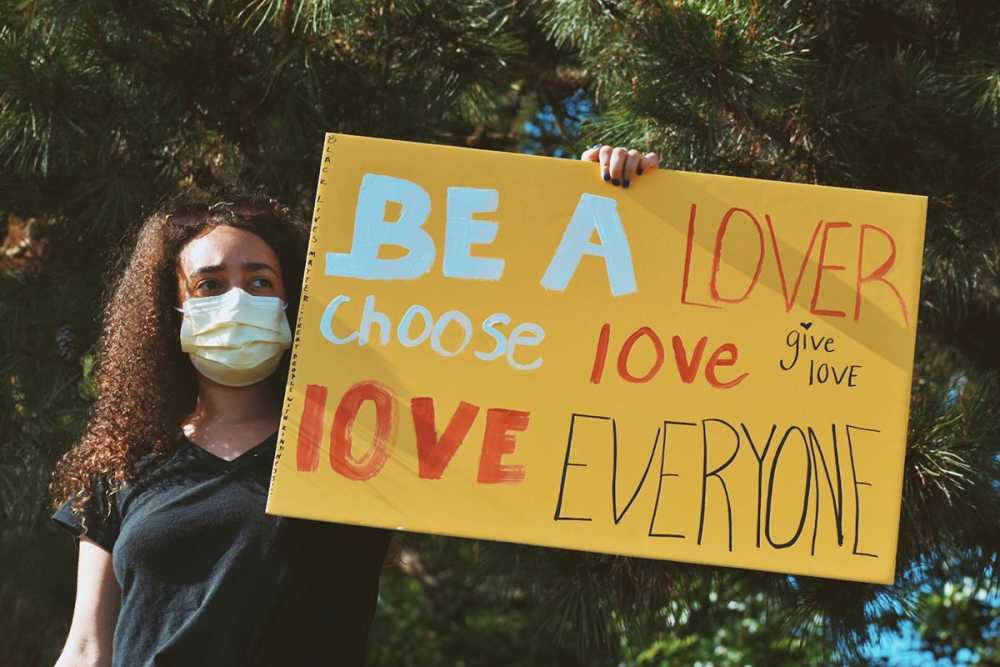 Say it with love: Black lives matter
Jon K. Rust
The words have meaning in themselves, separate from politics. And our brothers and sisters who are black deserve to hear: "You matter. You are important. You are loved. Your pain is felt and suffered in my heart." Not because of politics. Despite the politics. Because this is bigger and so much more important than politics, and because it is true.
More from this columnist · Jon K. Rust