Covid-19 in Southeast Missouri: The good news in the numbers 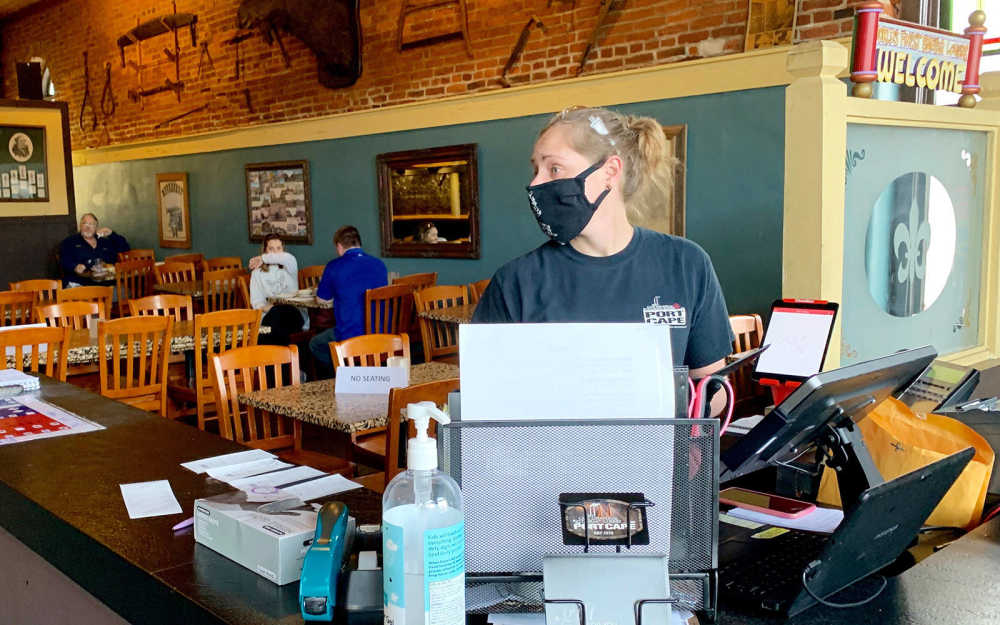 I picked up carryout at a couple restaurants last week, and in both cases the restaurant was either open for inside business or preparing to open. Tables had been separated to provide required social distancing. Wait staff was in masks. It was affirming to see the restaurants implementing public health guidelines, which have been stressed and reinforced by all levels of government from the White House to the Cape Girardeau County Public Health Center. I also drove around town on Saturday and most restaurants I could see inside appeared to be following the new rules. Kudos to Cape Girardeau businesses!

Outside many restaurants, though, social distancing was less prevalent. People waited in crowded lines to get inside restaurants. Others walked the street leaning into and hugging friends sitting at outside tables. I heard about (but did not personally see, except for one) bars that were packed. Meanwhile, a couple fraternities were out in front of their houses in full force. Downtown Cape Girardeau appeared to be throwing a party.

Across town, some of the bigger stores had full parking lots with people streaming in through the front doors, few wearing face coverings. (On a side note: One box store told the newspaper they don't plan to restart advertising yet, because they're doing so well and they don't want even more people to come for fear of social distancing rules.)

My takeaways: The economy is definitely opening up in Cape. That's a good thing. Except: Vulnerable people should stay home or in safe gatherings as much as possible, because they have few allies in the shopping aisles or checkout lanes.

Meanwhile, many of the groupings I saw over the weekend were outside where transmission of the coronavirus is much less likely. Data from around the world indicates that closed, tight-knit spaces are more susceptible to infections. Still, public health officials counsel everyone not living together to maintain 6-feet separation, even outside.

Also on the good side, as reported over the weekend by the Washington Post, is new research that bolsters "the hypothesis that summer's heat, humidity, abundant sunshine and opportunities for people to get outside should combine to inhibit -- though certainly not halt -- the spread of the coronavirus."

The article cites a study by researchers at Harvard Medical School, the Massachusetts Institute of Technology and other institutions, which found average temperatures above 77 degrees are associated with a reduction in the virus's transmission. Each 1.8 degrees above 77 leads to a further reduction. Humidity also provides a benefit. These results are all positive for those of us in Southeast Missouri.

The researchers cautioned, though, that social distancing still remains vital, especially because of the lack of immunity in the population. And that is certainly true in Southeast Missouri. (More about that below.)

Also according to the same story: "Swimming in a chlorinated pool should be safe if people maintain the six-foot social distancing rule, according to new guidelines from the Centers for Disease Control and Prevention."

"'There is no evidence that the virus that causes COVID-19 can be spread to people through the water in pools, hot tubs, spas, or water play areas. Proper operation and maintenance (including disinfection with chlorine and bromine) of these facilities should inactivate the virus in the water,' CDC spokeswoman Kate Grusich said in an email."

This, too, is more good news for Southeast Missouri.

Each day our local hospital systems provide a report to the Cape Girardeau County situational group. The numbers encompasses patients from all of Southeast Missouri and not just Cape County. Some numbers were also provided to me directly from the hospitals.

As of May 15, Saint Francis Healthcare system reports that 1,998 tests for the coronavirus have "resulted" in 97 positives. That means roughly 5% of those tested at one of its system's multiple testing locations have been diagnosed with active COVID-19.

Of the 97 positives, 20 were admitted to the hospital's COVID Care unit. The rest were self-quarantined at home. Of those admitted, 14 have recovered and been discharged. There are four patients in the COVID Care Unit currently.

Of those who tested positive and received services at Saint Francis, 30 have been from Cape County; 22 from Scott; followed by Stoddard, 15; Butler, 9; New Madrid, 4; and Perry and St. Francois with 3. All combined, Saint Francis has worked with positive cases from 16 counties, including one individual from Florida.

Saint Francis reports that it is in good shape with available beds and necessary resources, including personal protective equipment. All departments daily report PPE usage to Saint Francis Incident Command.

To a question about any transmissions within the hospital, Saint Francis personnel responded: "By March 25, all Saint Francis colleagues were issued masks. Additional PPE precautions such as eye protection soon followed. Since the implementation, and strict compliance of masks for all colleagues, providers and patients there have been no patient-to-staff, staff-to-staff or staff-to-patient transmission of COVID-19."

As of May 18 SoutheastHEALTH reports that 2,852 tests for the coronavirus have "resulted" in 32 positives, translating to roughly 1% of those tested for active COVID-19 or its antibodies. Fourteen tests are pending. Nine of the positives "are resulted" from antibody testing.

Of the 32 positives, most have been self-quarantined. No more than three or four positive cases have been in the hospital's specialty care unit at any one time, said Shauna Hoffman, vice president of marketing. "There have been no known or confirmed deaths from COVID-19 at the hospital," she said.

Of those who tested positive and received services at SoutheastHEALTH, 14 have been Cape County residents, followed by 7 from Stoddard; 6 from Scott; and 4 from Perry County.

Southeast reports that it is in good shape with available beds and necessary resources, including personal protective equipment. "But the [on-going availability of] N-95 masks continues to be a concern," Hoffman said.

Of those who have tested positive for COVID-19 at Southeast, none have been on staff.

The Cape Girardeau County Public Health Center reports that there have been two deaths in the county as of Sunday, May 17. One was a person between 80-89 years old; the most recent case, reported Friday, was a woman "in her 70s," who had been "in close contact to a confirmed case."

In aggregate, there have been 11 cases identified with a person older than 70, including the two who died. The other 43 cases in Cape County have been under 70 (with no deaths). These numbers are small, but they align with national statistics that older citizens are particularly vulnerable.

Last week, the Cape Girardeau County Public Health Center began a seroprevelance study of Cape County residents. The $500,000 study is being financed by the Cape County Commission via a federal grant.

Roughly 1,800 county residents who volunteered (and were selected according to demographic representation) were blood tested for antibodies indicating if they had been infected by the disease and recovered. The goal is to understand how prevalent the disease has been in the county, while also determining what percentage of the population might have some level of immunity. Participants in the study will be retested in eight-to-12 weeks.

Results are being analyzed and are expected to be released Thursday, said Maria Davis, with the county public health center.

According to confidential sources, early numbers indicate around a dozen of the approximately 1,800 with some level of antibodies. This is both good and bad. On the good side, it suggests that there is little coronavirus in the county. On the bad side, there is no built-up immunity in the region. Our area remains a virgin ground for the disease. When the virus does emerge, through travel perhaps, it could spread quickly.

In the meantime, it seems evident that most people here are not going to take basic personal precautions to stop a potential spread -- and, for the time being, we're fairly safe. Even if that's the case, though, businesses are prudent to continue setting up proper sanitation practices and social distancing inside buildings -- and to have staff wear masks -- while health departments bolster their contact tracing capabilities. The vulnerable will need to stay vigilant. With no vaccine (yet) and no built-up immunity, it's only a matter of time before the coronavirus emerges. But it also means, re-opening businesses and going back to work is the right thing, too. Hopefully, when numbers do spike, we'll all be ready through better capabilities -- testing, contact tracing, a better commitment to masks -- to reduce its potential harm. 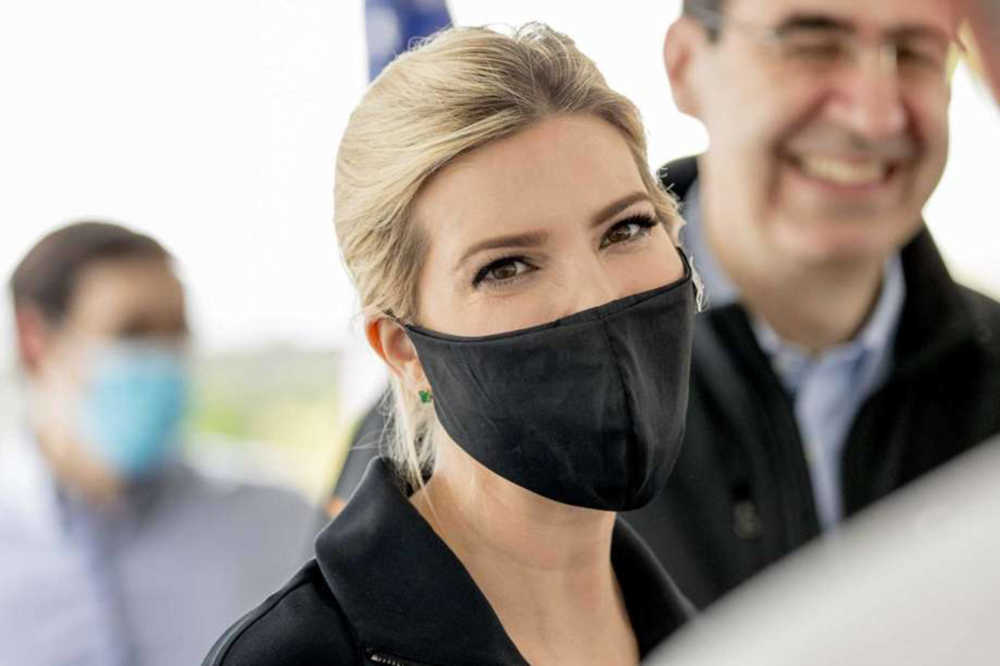 Why you should wear a mask: Faith, fear, responsibility and freedom
Jon K. Rust
One of my heroes is C.S. Lewis, the brilliant British author who wrote the Chronicles of Narnia, starting with "The Lion, the Witch and the Wardrobe." Lewis was also an inspired commenter on current events. One of his essays, "On Living in an Atomic Age," is making the rounds online because of its wisdom in an age of fear. His...
More from this columnist · Jon K. Rust