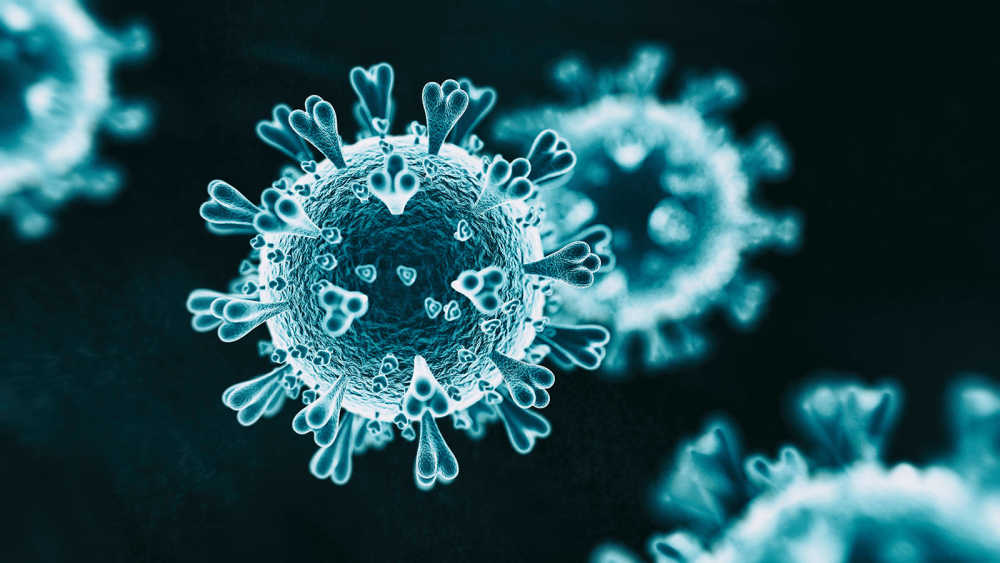 The United States lost a month with the shoddy rollout of coronavirus tests. Chalk it up to government bureaucracy. Now private companies are releasing new, better, faster tests. On Friday, the U.S. Food and Drug Administration issued Emergency Use Authorization to medical device company Abbott Labs for a coronavirus test that delivers positive results in as little as five minutes and negative results in 13 minutes, the company said.

Health experts are calling it a "game changer."

"This is big news. ...We know how important it is to get point-of-care tests out in the field quickly," FDA Commissioner Steve Hahn said in a statement.

Other companies are receiving emergency authorization, though none of the other tests are as fast as Abbott's. To stem the virus, it is important to understand who has it, which is why not being able to test earlier was devastating. The United States has now tested more people than any other country. One result is that more Americans have tested positive than anywhere else. Another is that the mortality rate is much lower than originally predicted.

The next step in testing will be antibody tests, which can indicate if someone had COVID-19 but recovered. This will not only help further explicate mortality rates, but it will present insight into how immunity is developing within the larger population.

"Antibody testing specifically is the fastest path of scientifically and mathematically getting to a new normal," said Lou Reese, co-CEO of United Biomedical and its COVAXX subsidiary, which has been conducting successful trials in Colorado, according to a report on ABCnews.com.

Cases are climbing in our area. It is important that you continue to wash your hands frequently, stay at home as much as possible and avoid groups larger than 10. If you must go to work, grocery shop or seek medical care, stay six feet from others. If you feel sick, stay home and call your doctor. Or, if you think you have symptoms of the coronavirus, call 573-331-4200. Do not seek medical care without first calling.

The Cape Girardeau County Commission came under some heat last week for not issuing a "stay at home order" at its meeting on Thursday. Presiding Commissioner Clint Tracy cited an opinion "from our attorneys" on lack of meaningfully enforceable legal authority, deferring instead to the governor, who "has a lot more tools in the box than we do at the county level." At least one reader of the Southeast Missourian with a legal background was dismayed by the reasoning.

He wrote in an email: "First, I don't doubt that Commissioner Tracy made remarks concerning the authority of a county to issue sheltering orders. But he is dead wrong.

"Quick research would indicate that nearly every sheltering order issued by counties cites Missouri Statutes, which clearly give the county the authority to issue sheltering orders and make violation of those orders a class A misdemeanor.

"The statute is cited in every other county's order. Section 192.320 RSMo makes it a class A misdemeanor to, among other things, violate orders made pursuant to Section 192.300 RSMo. Section 192.300 RSMo gives county commissions as well as county health boards the authority to 'make and promulgate orders, ordinances, rules or regulations, respectively as will tend to enhance the public health and prevent the entrance of infectious, contagious, communicable or dangerous diseases into such county.'

"Therefore it is clear that county commissions do have the authority to enter such orders, and that those orders are enforceable."

On Friday, the Cape Girardeau County Public Health Center, Cape Girardeau County Commission and mayors of Cape Girardeau and Jackson declared a public health emergency. Either way -- sheltering order or not -- no one should be mistaken. Limiting public exposure, avoiding non-essential travel, and implementing personal protective measures are vital. Special care to isolate the elderly is critical.

But I'm one who's personally glad no "sheltering order" has been enacted. There's plenty of places we can go safely in Cape County (in contrast to more urban areas) -- separately and at safe distances from others. Shutting everything down seems more akin to panic than prudent thinking. That said, if you're making playdates for your kids or shopping in crowded spaces, you need to stop. 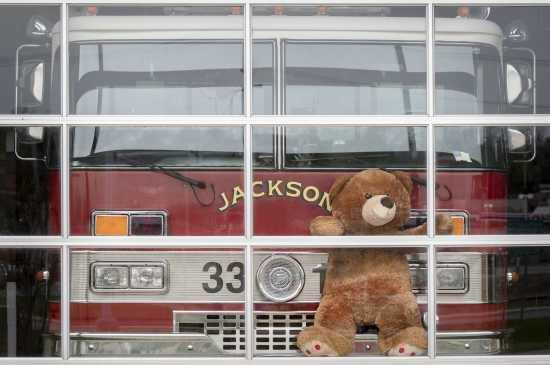 A stuffed-animal bear sits with a fire vehicle Monday at Jackson Fire Rescue's Station 1 in Jackson. "We are ready for all the bear hunters in Cape County. As [you] drive by our Station 1 in Jackson make sure to be on the lookout but don't be alarmed, our bear is pretty friendly," Jackson Fire Rescue posted on its Facebook page. Stuffed animals are showing up in windows around the globe giving kids a "social-distancing-safe scavenger hunt activity during coronavirus lockdowns," according to a Monday USA Today article.
Jacob Wiegand ~ Southeast Missourian
Order this photo

I don't know if you've noticed, but teddy bears are starting to pop up in windows around town. It's a game started on Facebook, inspired by the popular book and song for children titled, "We're going on a bear hunt."

Neighborhoods across the country have joined in creating a scavenger hunt for children, whose regular routines have been disrupted by current events. If anyone drives downtown, you'll find stuffed bears in the window of the Southeast Missourian, too. One is wearing a flight suit like Amelia Earhart. Another: pajamas. A third might not be a bear. It's red and used to be able to sing a range of songs, which after more than 12 years of play, is mainly a garble. Still, she's looking out the window expectantly.

Finally, some cities are closing parks, because in urban areas, population density makes them unsafe given social distancing rules. That's not the case in this area, so far, though kids should stay away from playground equipment -- jungle gyms, swings and other objects. A better place to go is one of this area's many walking or hiking trails. On Sunday, my family headed to the conservation trails at Cape County Park. Last week we hiked at Trail of Tears. Everyone we've crossed was careful to maintain appropriate distance.

Sunday was a gorgeous day -- with beautiful flowering trees and a pleasant breeze. We even flew a kite. How alien this all is. The world looks and feels so wonderful, and yet there's a nagging worry, an anxiety about what might be lurking.

I remind myself, God did not create us to worry. There is nothing productive in anxiety. Plan: yes. Prepare: yes. Worry? That's not helpful.

Instead, I think of Deuteronomy 31:8: "The Lord, He goes before you. He will be with you. He will not fail you nor forsake you. Do not fear, nor be dismayed."

Prayers are with you all. We have at least another month of staying vigilant, holding tight, keeping social distance. But we will get through this.