What is MAGNET? And what are they up to?

Mag-net. (n) 1. A body that attracts iron and certain other materials by virtue of a surrounding field of force produced by the motion of its atomic electrons and the alignment of its atoms. 2. Something that attracts.

For nearly 30 years, the second definition, "something that attracts," has applied to Cape Girardeau Area MAGNET, an economic development organization working in conjunction with a number of local, area and state agencies to attract, retain, create and expand job opportunities in Cape Girardeau and the surrounding area.

"It's a regional group that has its own funding mechanism and own board of directors whose purpose it is to be the primary partner for recruiting businesses and also working with existing businesses and industries on expansions," explains John Mehner, president of the Cape Chamber. The Cape Chamber, working under a contract with the MAGNET board, handles the organization's day-to-day activities.

"MAGNET was incorporated in 1992, but its history actually goes back to the late 1980s when (then chamber president) Bob Hendrix put together an effort to start a separate recruitment arm," Mehner says.

That initial effort was funded for three years with the support of several private businesses and donors, and by the time the initial funding period expired, efforts were underway to create a permanent economic development group, which became known as MAGNET.

"After much discussion and a boatload of meetings, we finalized a deal to put the thing together with five funding sources -- the cities of Cape, Jackson and Scott City, Cape Girardeau County and the Cape Chamber, and those are the five funding organizations as it stands today."

MAGNET's primary territory is all of Cape Girardeau County and northern Scott County, as well as part of Bollinger County. "It's pretty much what our MSA (Metropolitan Statistical Area) looks like," Mehner notes.

Over the past three decades, MAGNET has worked with numerous businesses, industries and economic groups to help facilitate a variety of development projects throughout the area.

"Among some of the significant things that have happened -- and they're never the direct result of any single organization, but they're always something that MAGNET representatives or board members have worked on -- include Procter & Gamble's massive expansion in the late 1990s when they added the paper plant, Mondi's expansion next to P&G, and in Jackson, Signature Packaging, Select Plastics, Schaefer's, BioKyowa's expansions ... there's tons," Mehner reports. "And that's just the industrial side."

Beyond industrial and manufacturing development efforts, MAGNET has also been involved to one extent or another in numerous retail, technical and entrepreneurship business developments.

"In all of those things -- and virtually everything else of significance -- MAGNET was at the table in some way, shape or form," Mehner says. "But in addition, there's somebody who works with the state, works on incentive packages, works with the employer, works with the prospect. It's a partnership when these things happen, and nobody is solely responsible."

At any given time, MAGNET has a number of "irons in the fire," prospective businesses and industries who could potentially come to the area or expand businesses that already exist here.

"Right now, we have between 13 and 15 active prospects, and they run the gamut from technology companies to manufacturing companies to distribution companies to retail companies," Mehner reports, adding that some deals happen quickly, while others take quite a while to mature.

"We have several we've been working on for four or five years at this point," he says, "but sometimes we have the perfect building or the perfect fit or the perfect location, and it all falls into place relatively quickly."

MAGNET partners with other organizations such as Missouri Partnership, a public/private economic development organization, to recruit businesses to Missouri, and the Missouri Department of Economic Development, which works with companies that already have a presence in Missouri.

Jackson Area Chamber of Commerce president Brian Gerau is an ex officio member of the MAGNET board. Among other things, Gerau is working with MAGNET and the Jackson Industrial Development Company to market a 50,000-square-foot industrial spec building on nearly nine acres along Industrial Drive in Jackson.

"We rely heavily on MAGNET to help us recruit," Gerau says. "John (Mehner) and I work closely on contacts and planning a strategy for business recruitment."

MAGNET, Mehner says, does not compete with other recruiting organizations. "Rather, we compete against other regions," he explains. "We compete with Arkansas, Kentucky, Tennessee, Alabama and Georgia. The other side of the state competes with Kansas and Oklahoma."

According to Mehner and others familiar with the local economy, the Cape Girardeau area is currently in an excellent position in terms of the types of businesses the region can accommodate. "I typically get asked two questions," he says. "People either want to know what high-tech jobs we're getting or what manufacturing jobs we're getting."

Cape Girardeau and the surrounding area, he says, is in a "real sweet spot" in terms of technology development and job development related to information technology.

"That's going extremely well for a lot of reasons, but really I give a massive amount of credit to Codefi, the Marquette Tech District and the cybersecurity program at Southeast Missouri State University and the investment those places were doing six years ago when it wasn't a popular thing to do at the time." 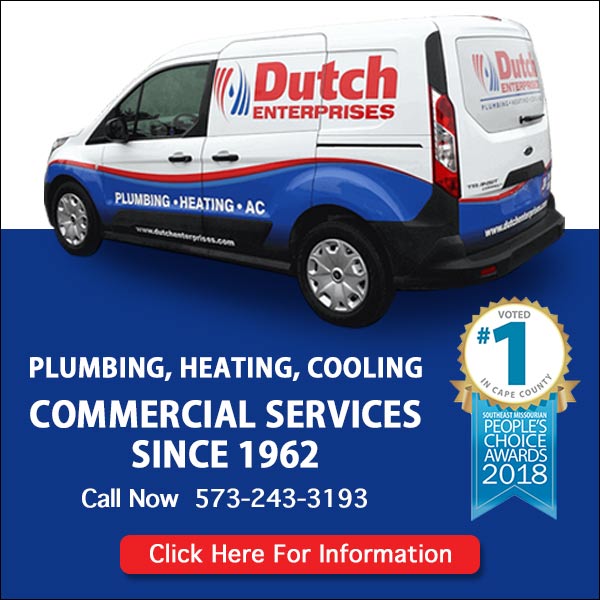