Is Bernie Sanders the weakest opponent against Trump? 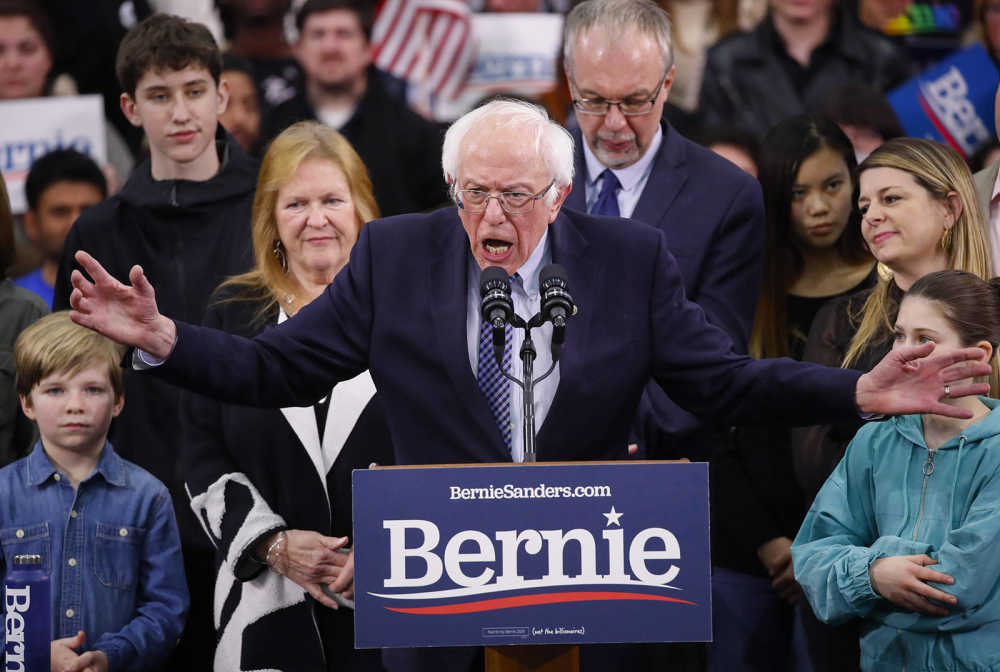 I shudder when politicians or other partisans seek to elevate competitors they deem their weakest opposition. It's a dangerous tactic, which risks putting governance in the hands of someone unqualified or ill-suited for power.

A successful example of this tactic was how Democrat Sen. Claire McCaskill helped lift Republican gaffe-machine Todd Aiken in the 2012 Missouri U.S. Senate race. Aiken won the Republican primary in part thanks to a strategic advertising campaign by McCaskill that boosted him over more formidable threats while setting him up for defeat in the general election. Aiken's loony ideas on rape and abortion then provided the coup de grace to his candidacy.

The tactic often backfires though. Perhaps inspired by McCaskill's race, Democrats and much of the anti-Republican media propelled Donald Trump towards the Republican nomination in 2016, believing him the easiest mark. Hillary Clinton was physically dancing at times she was so giddy her opponent was Trump. No way she could lose to him. And yet, she did.

The tactic isn't exclusive to Democrats. Most recently, President Trump mused at one of his rallies about whether Republicans should vote in the New Hampshire open Democratic primary for "the weakest candidate." Much of the media was shocked, shocked, that a politician would suggest anything of the kind. And then, Trump actually -- honestly in his own way -- turned the point on its head, commenting that he had no idea who the weakest candidate was. In his mind, they were all weak. Republicans in the primary voted for him at record levels for an incumbent president.

If Trump had perceived a particular candidate to be the weakest, do I think he would have sent a specific message? Yes. I don't think it's below him. And yet he didn't. Credit to Trump, even if the reason may have been less about integrity than the simple lack of clarity about which opponent to choose. Still, the tactic was clearly on his mind.

I bring this all up because Sen. Bernie Sanders as standard-bearer would likely be a disaster for the Democrats. His views on the Soviet Union, Cuba, Venezuela and other authoritarian socialist states are not only wacky, scary and wrong, they're sure to repulse many of the suburban voters who were key to turning the House blue in 2018. Add that to his impossible spending plans -- seemingly giving everything free to everybody -- and he is a direct threat to all that has made America a land of opportunity.

So far Sanders has avoided the kind of media scrutiny that is usually leveled against Republicans. Expect that to change -- at least until it becomes a foregone conclusion that he'll be the Democrat candidate for president. Then expect Trump's campaign to level him.

Before the new Hampshire primary a few weeks ago, I hoped Sen. Amy Klobuchar would gain traction to become the Democrat nominee -- surviving the distraction that is Michael Bloomberg and Tom Steyer, two baggage-weighted billionaires without the financial limitations of more conventional candidates. Seriously, who truly believes Bloomberg is going to connect with farmers and blue collar workers in decisive swing states? Steyer, for all he's spent, is fading fast, even in South Carolina where his tactics border on the corrupt.

Klobuchar has little resources, though, and her dismal finish in Nevada didn't help her. The odds of her becoming a stable alternative to the "stable genius" in the White House are tiny. According to Vegas odds makers, Sanders is now the overwhelming favorite.

Four years ago I hoped Republicans would somehow find a way to short-circuit the blustery, iconoclastic, demagogic Trump. But the other candidates spent too much time and attention attacking each other, leaving him a clear lane to the nomination. The same is now happening to the Democrats with blustery, iconoclastic, demagogic -- and socialist -- Sanders as the beneficiary.

It's all about Game Theory now. Bloomberg is trying to scare the others not named Sanders into dropping out, brandishing his unlimited resources as the ultimate threat. They can't win if he doesn't drop out, and he's made it clear -- by spending half a billion dollars of his own money -- he's not dropping out. Where he's different from the other non-Sanders is that they can say they're not dropping out either, which dooms his chances. But they don't have the same resources behind their threat. At some point, especially as Sanders gains even more momentum, their funds dry up.

Who's going to win this game of chicken? All national contests are in part a contest of egos -- with anyone with even a glimmer of hope unlikely to exit. Expect them all to lose, leaving Sanders at the top of the ticket. It's a prospect that strikes fear in the hearts of many Democrats.

My biggest concern is not about electability. More and more, with Trump's rallies over the past year attacking socialism, it appears his campaign had a pretty good theory who would likely rise (if Joe Biden stumbled). But I actually think Sanders could win (while swamping Democrats in purple districts). Against all odds, Trump did, and anti-establishment populists are popular in America. My bigger concern is that if Sanders were to win, it would be a disaster for the country and a devastation of our economy.

The insult comic vs. the angry socialist. The Russians must be laughing at the delicious absurdity. But at least the insult comic has economic policies that work.

View 14 comments or respond
Community discussion is important, and we encourage you to participate as a reader and commenter. Click here to see our Guidelines. We also encourage registered users to let us know if they see something inappropriate on our site. You can do that by clicking "Report Comment" below. Our goal is to create a place for robust and civil discourse about our community, state and nation.