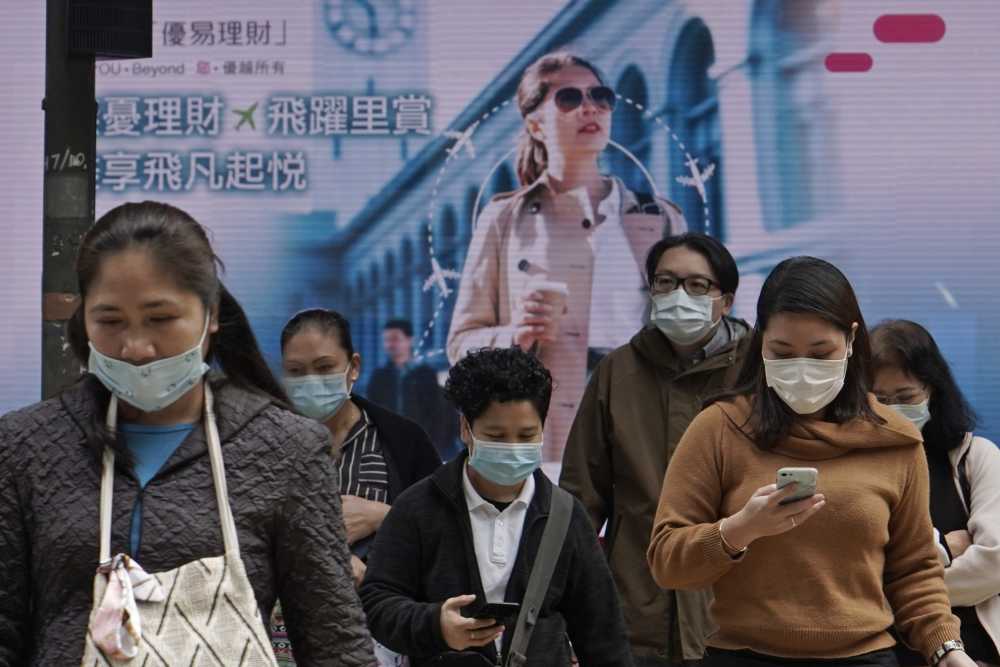 BEIJING -- The daily death toll in China from a new virus topped 100 for the first time, pushing the total fatalities above 1,000 Tuesday as the World Health Organization announced a new name for the disease caused by the virus.

Despite the official end of the extended Lunar New Year holiday, China remained mostly closed for business as many remained at home, with some 60 million people under virtual quarantine.

In Geneva, WHO director-general Tedros Adhanom Ghebreyesus announced a new name for the disease caused by the virus -- COVID-19 -- saying officials wanted to avoid stigmatizing any geographic location, group of people or animal that might be linked to the disease and to make it clear it was a new coronavirus discovered in 2019.

"Having a name matters to prevent the use of other names that can be inaccurate or stigmatizing. It also gives us a standard format to use for any future coronavirus outbreaks," the WHO chief said, adding that the name was agreed upon by officials at WHO, the World Organization for Animal Health and the Food and Agriculture Organization.

With the death toll reaching 1,016 in mainland China and no end in sight, heads are beginning to roll.

While no central government-level officials have lost their jobs, state media reported Tuesday that the top health officials in Hubei province, home to the epicenter of Wuhan, have been relieved of their duties.

No reasons were given, although the province's initial response was deemed slow and ineffective. Speculation that higher-level officials could be sacked has simmered, but doing so could spark political infighting and be a tacit admission that the Communist Party dropped the ball.

The virus outbreak has become the latest political challenge for the party and its leader, Xi Jinping, who despite accruing more political power than any Chinese leader since Mao Zedong, has struggled to handle crises on multiple fronts. These include a sharply slowing domestic economy, the trade war with the U.S. and push-back on China's increasingly aggressive foreign policies.

A total of 42,638 virus infections have been recorded on the Chinese mainland.

Zhong Nanshan, a leading Chinese epidemiologist, said that while the virus outbreak in China may peak this month, the situation at the center of the crisis remains more challenging.

"We still need more time of hard working in Wuhan," he said of the central Chinese city where the outbreak started.

Speaking by teleconference to doctors in Wuhan, Zhong said the priority is to separate the infected from the healthy in their city.

"We have to stop more people from being infected," he said. "The problem of human to human transmission has not yet been resolved."

Without enough facilities to handle the number of cases, Wuhan has been building prefab hospitals and converting a gym and other large spaces to house patients and try to isolate them from others.

The crossing of more grim thresholds has dimmed optimism that the near-quarantine of some 60 million people and other disease-control measures are working.

The restart of business poses a risk of further spreading the virus, but China has little recourse, said Cong Liang, secretary general of the National Development and Reform Commission, the country's main economic planning body.

"Without the reopening of businesses, in the short term, it will affect the supply of medical material and ... in the long run, it will affect the supply of all kinds of production and life materials and will make the control and prevention efforts on the front line unsustainable. The target of defeating the epidemic will not be reached," Cong said at a news conference.