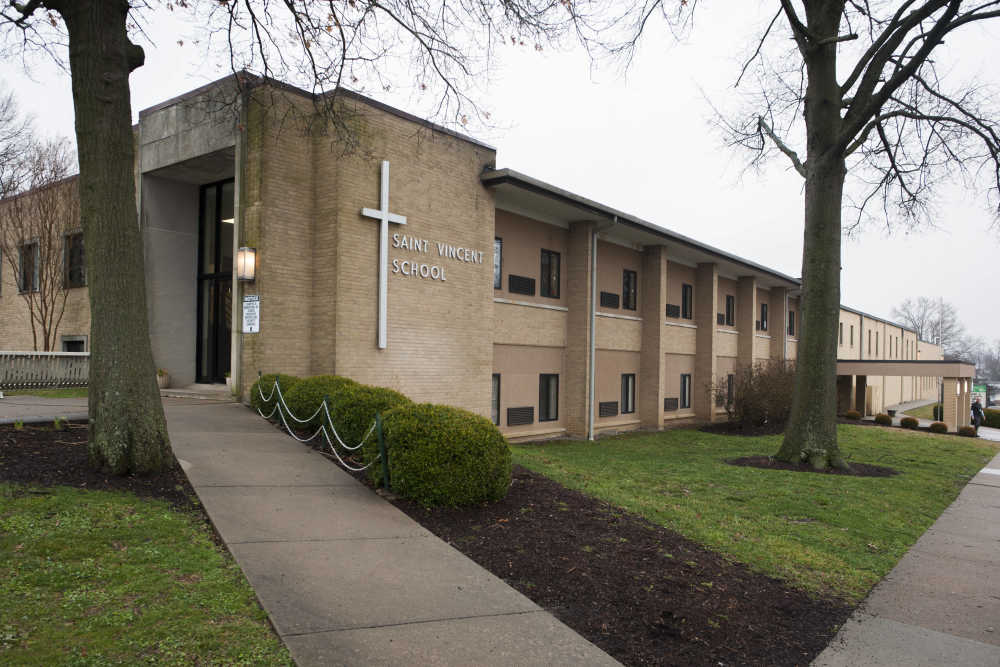 St. Vincent De Paul Grade School is seen during a lockdown Wednesday in Cape Girardeau after reports of multiple shots fired nearby in the 1800 block of Dunklin Street.
Ben Matthews ~ Southeast Missourian

St. Vincent de Paul Grade School was on lockdown for more than two hours Wednesday morning after shots were fired near the Cape Girardeau parochial school.

According to principal Kay Glastetter, multiple shots were heard north of the school at 7:50 a.m. Glastetter said parents had been notified and the school was operating within the building.

Officers collected ôseveralö 9 mm shell casings in the 1800 block of Dunklin Street, according to Hann, but no suspects or victims were found.

Patrolling officers in the area responded quickly and performed a ôfantastic job of immediately canvassing the area and locating evidence,ö Hann stated via text message.

About 1 mile away, a home-security system in the 1100 block of Landgraf Drive captured footage at the time the shooting occurred. In the footage, sounds resembling gunshots can be heard more than 10 times in the span of about five seconds.

Later in the afternoon, the school district provided updated information regarding a decision made by Central Middle School to activate lockdown protocols as a precaution after school staff members saw social media posts mentioning the incident.

ôThis was before we were able to communicate to all of our schools [that] police had confirmed there was no threat to any of our campuses,ö Tallent explained.

Administrators at the early-childhood education schools advised they operate under locked doors on a daily basis.

No lockdown protocols were activated at Southeast.

ôThe incident occurred approximately nine blocks from campus,ö communications director Ann Hayes stated via email. ô... There was no urgent threat to the University, so no lockdown occurred on campus.ö

About two and a half hours after the report of shots fired, Glastetter said the lockdown at St. Vincent had been lifted and parents had been updated on the situation.

ôWe are very thankful to have our resource officer. ... We were totally safe, but we took the precautions quickly,ö Glastetter said.