Is Cape Girardeau in a 'Golden Age' of restaurants? 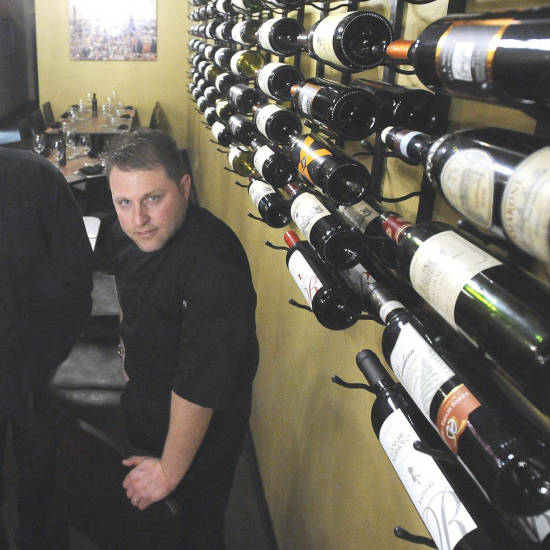 This is a quiet time of the year. Kids are back in school. Holiday obligations are over. Christmas ornaments are back in storage. In my house, without the twinkling lights, the space seems a little forlorn, a feeling compounded by gray skies and bare trees outside. With the early darkness and long nights, it's a perfect time to set the cooking aside for an evening and go out to dinner!

The challenge in Cape: We're living in a Golden Age of restaurants.

I'll leave city veterans to chime in with their perspectives, but to focus on just downtown Cape Girardeau, has there ever been an era with so many great choices? I'm sure I'll leave something out, but I see downtown dining in four distinct categories.

At the top of the list are elegant, romantic establishments with mouth-watering original fare, each led by talented entrepreneurial chefs who have made significant investments -- of time, imagination and treasure. Their success, paid for with a bulk of their lives, is our delight! In no particular order, they are Celebrations, 36 Restaurant & Bar, Gabriel's Food + Wine and Top of the Marq.

Early in my career, I would attend industry conferences and run into paper and press salesmen, whose products generated millions of dollars in sales from a company such as mine. They were industries that did billions in revenue each year, and yet their presidents knew Cape Girardeau, not because of newspapers, but because of the Royal N'Orleans. It was not uncommon for them to lead junkets of their big clients to hunt across the river, followed by chateaubriand and Bananas Foster at the corner of Broadway and Lorimier.

Nowadays, for great steak and seafood, or an inspired new dish and dessert, where would they go? Options abound. There's the cozy brilliance of Celebrations; the shimmering romance of 36; delicious food and a gregarious host at Gabriel's; and the dazzling view, tasty plates and stylish finishings at Top of the Marq. Kudos and appreciation to DeWayne Schaaf; Vanessa and John Eric Klein; Gabriel Ruggieri; and Keller Ford, Matt Wessel and John Brown.

With four daughters, my wife and I don't get out enough -- but when we do -- each of these restaurants provides an evening to savor.

The next group of restaurants is a little less elegant -- a bit less inventive -- but full of beloved flavors. They include Port Cape, famous for barbecue but excelling in so much more. Try the smoked salmon for a treat. There's Katy O'Ferrell's for delicious pub fare or a $299.95 burger (including Dom Perignon); and Minglewood for pizza, salad and an original brew. Broussard's, a local icon, never fails with its catfish and Cajun specialties. And if you like Italian food with bubbly cheese and a charming atmosphere, Bella Italia won't disappoint.

New to the scene and just a little up Broadway are Mary Jane bourbon + smokehouse (the "burnt ends mac and cheese" are my favorite ever since owner Carisa Stark offered it at Shipyard Music Festival) and Trio's, which features comfort food that just happens to be plant-based. Located between the two is El Sol's, which serves not only some of the best Mexican food in town, but the absolute best guacamole. Burritoville, and its epic burritos, are just down the street.

Talking about the best of something, my daughters' favorite pizzas are made at Pagliai's, another local icon. And for a quick bite and good coffee in a venerable space, there's Barista's. Although I've never eaten there on a weekend morning, it's clearly a local favorite. Maybe because of the bloody Mary's and mimosas?

Of course, there are also the restaurants at what is now Century Casino, including Keller's, whose balcony has a sweeping view of the Mississippi.

The next category of restaurants is more about the experience than the food, which is not to say the food doesn't delight. Maybe I just haven't eaten at them much. Or maybe the experience is more about the drinks. But the options include Hot Shots, The Library and for a totally different vibe (and innovation) Ebb & Flow Fermentations, a one-of-a-kind lounge where you can try exquisite microbrews while observing (or participating) in a book club.

Last but not least are the sweets.

From ice cream and homemade cones at Sugar Chic Creamery or Spanish Street Mercantile or giant dips from Port Cape, no choices are easy. But none is wrong. A delightful new addition is Bon Bons of Cape Girardeau, located at 125 N. Water St., where the homemade pastries are something to dream about. And for maybe the best coffee this side of the Atlantic, Red Banner Coffee Roasters (formerly Dynamite Coffee), which features proprietor baristas Robbie and Katie Britt, each who have placed in national competitions.

So again, the challenge remains.

On a cold, wintry night, which glowing restaurant to escape to for laughter and delight, just my wife and I or along with a few close friends? Of course, with questions like this, asking your spouse is always good policy. And so I did.

And you'll never guess what she said.

"Jon, we're starting the 'Daniel fast' at church this week. No restaurant until end of January."

Oh well, I'll have plenty to think about 'til then.

Jon K. Rust is publisher of the Southeast Missourian. He wrote this column over the weekend before attending church.