Cape Girardeau was a different place in August 2000 when the city council approved the Vision 2020 strategic plan.

There was no water park or sportsplex. Construction on the Southeast Missouri State University River Campus had yet to begin. The Bill Emerson Memorial Bridge was a few years away from completion. Transformation of the downtown area, including the Marriott Hotel, Marquette Tech District and Rust Center for Media, were nearly two decades away.

While there were parks, they looked much different from what we enjoy today with multiple play areas for children, new green spaces and athletic facilities for all ages.

The investments in tourism-related facilities helped make the area a popular destination for sports tournaments, regional meetings and other events. These also played a role in selling the area to potential talent and employers.

In 2000, the Transportation Trust Fund was in its infancy. Since then, taxpayers have consistently supported the pay-as-you-go sales tax that has funded new roads and sidewalks.

"It's amazing how that as you look through that plan, that vision, how many of those things we've accomplished in those 20 years," Cape Girardeau Mayor Bob Fox tells B Magazine. "Maybe not exactly how it was stated, but when you look at all the different strategies for each objective, there're a lot of them that we have done or have been done in combination with other people like the university or private business."

The primary areas of focus in Vision 2020 included arts, culture and leisure; community services and enrichment; economic development; education; and transportation and infrastructure.

Like all areas of the plan, much of the language around arts, culture and leisure is vague in the sense of determining the availability of programs and facilities. But there were specifics. Take, for example, public art. Not only do we now have the Mississippi River Wall mural, but a rotating sculpture exhibit also lines Broadway each year. Plus, First Friday with the Arts provides an opportunity to appreciate local talent.

The environment for historic preservation has been strong with numerous sites offering special events and tours of historic landmarks. And developers have found opportunities to return historic properties to good commercial use.

Entertainment options continue to increase with everything from shows at the River Campus to a collegiate wood-bat baseball team in the Cape Catfish to the Shipyard Music Festival in downtown Cape Girardeau.

The development of trails, a skateboard park and a Frisbee golf course were all listed in Vision 2020 and have come to fruition.

The definition of economic development has changed rather significantly from Vision 2020 to the current Vision 2040 draft, which city leaders hope to finalize in Spring 2020.

"The city has been steadily growing for several decades," says Cape Girardeau City Planner Ryan Shrimplin. "We've added a lot of things like these facilities ... so the city was really expanding its capital, so to speak. Now we're at a point where we are still looking to grow, but we're trying to grow strategically, and we're trying to do it in a way that is responsible and also doesn't forget what we have. We still want to be able to take care of what we've got and strengthen that."

That's evident in things like the Transportation Trust Fund (TTF). Once primarily used for new construction, the city has transitioned to an infrastructure maintenance philosophy.

Even the role of those in economic development has changed.

"Twenty years ago, economic development was all about recruiting new business only and workforce was not an issue," says Cape Chamber president and CEO John Mehner.

Today, however, he says it focuses on four areas: taking care of what you have; fostering a good entrepreneurial environment, the area of biggest growth; recruiting new business; and convention and tourism.

"[There is] still a concentration on recruiting new [businesses], but the recruiting-new piece is not nearly as big as the other pieces," Mehner says.

An interesting note in the Vision 2040 summary draft deals with West Park Mall. City leaders qualify that there are currently no talks about impending changes to the mall and that the retail space does well when it comes to sales per square foot -- something they attribute to the city's regional positioning -- but they also believe the mall of the future will be different as online sales continue to grow. 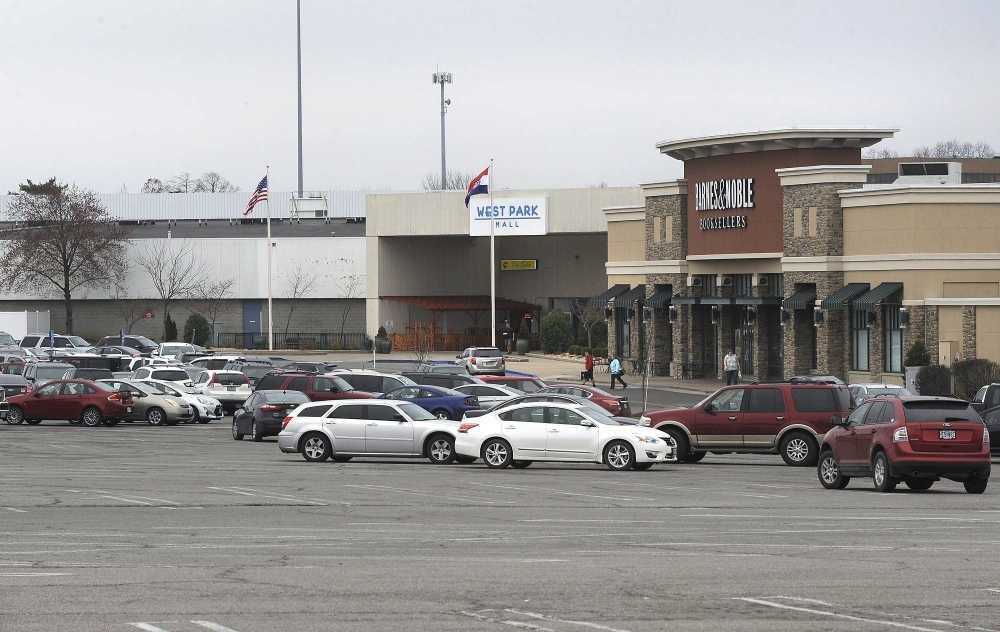 He says places like St. Charles and Kansas City in Missouri, as well as Nashville, Tennessee, have seen malls transition to become part-retail, part-residential.

"It's beginning to happen here," Fox says. "It started in downtown. If you think downtown, the businesses are below and up above there are lots of people who live up there. There have been other developments proposed that might be something similar to that. Would that happen to the mall area? I don't know. That's a big, big plot of land, and you've got to think of the land use and what's going to happen."

Cape Girardeau City Manager Scott Meyer says midtown looked much different 10 years ago, with a dilapidated Plaza Galleria and even a tree growing out of it. But today, the area includes a revived shopping area featuring a Neighborhood Walmart and mix of other businesses.

Mark Dowd with Joe Grojean Excavating Inc. clears glass from the entrance of the Plaza Galleria, Wednesday, May 15, 2013 in Cape Girardeau. The building, which has been vacant since July 2005, will be razed.
Laura Simon
Order this photo

Mehner says the Chamber is assembling a group of business leaders to look at the next 10 years and discuss how changes in various sectors will affect the local economy.

How will health care be affected? With more online education options, how will this affect K-12 and higher education? How will changes in the automotive industry affect gas stations and even our infrastructure?

"What does our highway system look like? How are we preparing ourselves for smart vehicles, driverless trucks for transportation? It's not about do we widen [Interstate] 270 and add two more lanes," he says. "It's what do we do to a highway to prepare ourselves for driverless vehicles, at least from 9 o'clock at night until 6 o'clock in the morning where the only things are driverless vehicles. And they go to cross-docking facilities and get picked up by other trucks and shipments until we can build an entire infrastructure."

Mehner suggests the worker of the future will be much different than what we see today.

"It will be more about flexibility, people skills and the ability to adapt than a lot of the hard-core single-type functions," he says.

Which leads to another interesting note in the Vision 2040 summary. Listed as a high priority is the following: "Research and take necessary actions to expand technical training programs either through the Cape Girardeau Career and Technology Center or a new community college."

What does that mean for the local education landscape?

Health care is one area. In the next 18 months, two new hospitals -- a behavioral health center and Veterans Affairs medical center -- will open in Cape Girardeau. With those facilities will come hundreds of new jobs.

An area Fox says was brought up in Vision 2020 and will continue in the next 20 years is the city's ability to maximize its natural asset of the river. Having a dock facility would allow not only crews but also those on pleasure craft to dock at Cape Girardeau and experience the downtown area.

"There are a tremendous number of people who go up and down that river, and to have a facility here where they can dock and get lunch ... to have a place like that where they can stop and visit, tie their boat up and come downtown, it would be tremendous. At the same time, recreational boaters and commercial fishermen no longer have a dock up north to use anymore, either. So there are lots of opportunities to capitalize on that river," he says.

Meyer says he's witnessed a change over the past 15 years of a younger generation getting more involved at the local level.

"If you look at the Marquette and that redevelopment, it's a younger feel. It's a younger attraction. Shipyard [Music Festival], it's a kind of rework of some older things [like] the old River Fest," he says. "But it becomes different in that it is younger. ... It feels younger. And for the future of the city, I think that is absolutely critical that we're turning that page of the leadership that we've had for years that has been great, and is still there, but there's also now a younger move toward younger things that will really catapult us into the future. Those things are tremendously exciting." 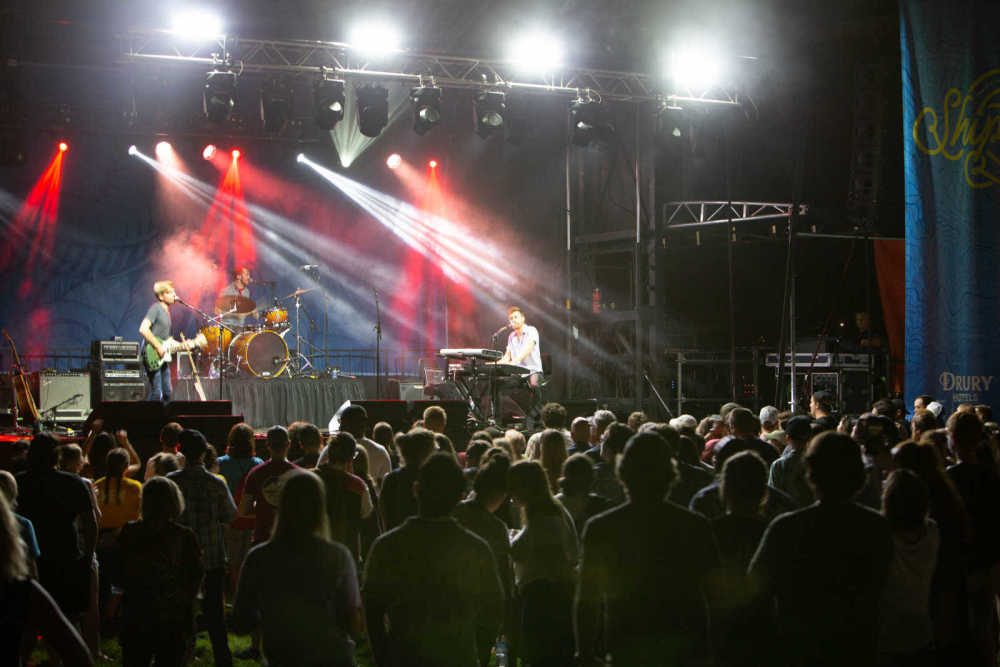 It's also something he says is somewhat rare compared to many other cities.

Fox attributes this change in part to the chamber's Leadership Cape program, along with the Citizen's Academy offered by the city.

In addition to the influx of ideas, it's also brought new blood into the city's advisory boards and city council.

"I think there is -- for lots of reasons -- there is a greater excitement leading to more engagement," Mehner says. "And I think that's all good. I think the next 20 [years] are going to be really interesting, for a lot of reasons." 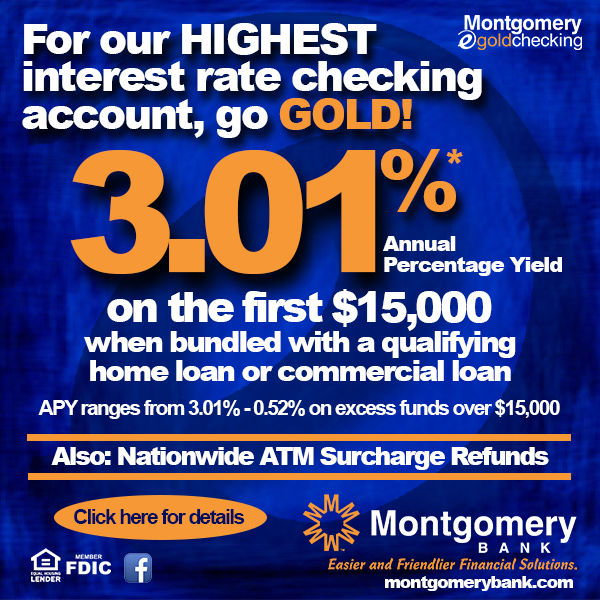