Southeast project will honor veterans; completion set for May 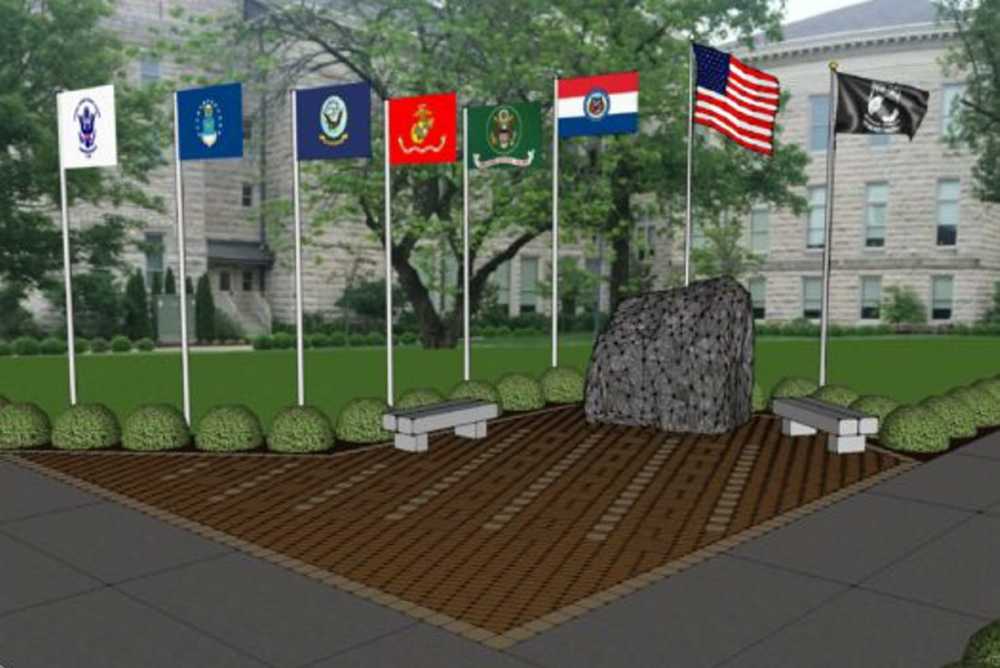 Trudy Lee, interim vice president for University Advancement and executive director of the University Foundation, said the project was first conceived about two years ago, and has gained momentum in recent months.

"We are hoping to have it dedicated May 1, 2020," Lee said, adding that the plan is to break ground in January, weather permitting.

The Veterans' Plaza will be behind Academic Hall, facing the parking lot, toward Memorial Hall, Lee said, and will be paved with engraved bricks memorializing a veteran, whether a Southeast graduate or not.

The plaza will be similar to Freedom Corner at Broadway and West End Boulevard in Cape Girardeau, Lee said, in that it will have flagpoles for the United States flag, POW/MIA flag and Missouri state flag.

A flag to honor each branch will fly as well, Lee said. Bricks are available in multiple sizes at impact.semo.edu/campaigns/veteransplaza.

Lee said some donors have provided matching funds, allowing Southeast students to purchase bricks for half price to commemorate their own service.

"We have a lot of military families and veterans and active duty military studying here," Lee said. "We want them to have the opportunity to be represented as well."

To assure the bricks are ordered in time for the May dedication, Lee said, orders are being taken through Jan. 16, "but we'll continue to add bricks in the future."

The project will be ongoing, as is the alumni heritage plaza near the Alumni Center, Lee said.

"This has been a labor of love for a number of our veteran alums," Lee said, adding that alumni who studied in the 1960s and '70s were involved in the original Veteran Corps. "Several of those alumni came together in this process to be and create a visual representation of the university's commitment to a special group of people who have served our country so honorably. That's why this is such an important project," Lee said.