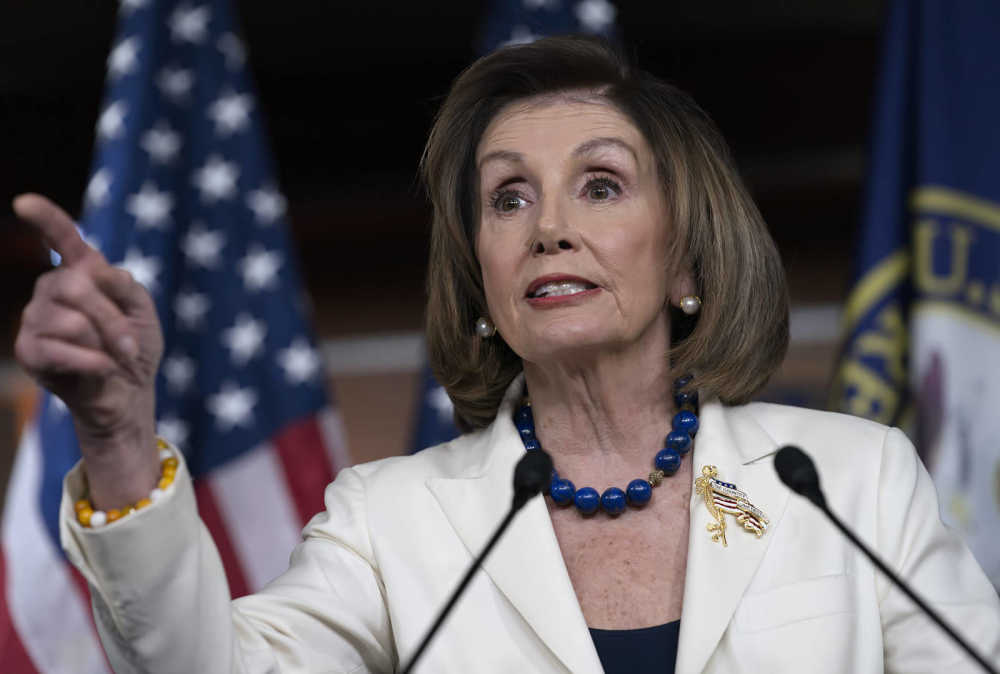 Speaker of the House Nancy Pelosi, D-Calif., meets with reporters during her weekly news conference at the Capitol in Washington, Thursday, Dec. 5, 2019. (AP Photo/J. Scott Applewhite)

Speaker of the House Nancy Pelosi and House Democrats continue to shred their credibility. As I write this column, Pelosi and her House lieutenants have indicated they do not intend to send articles of impeachment, passed by the House, to the U.S. Senate until Democrats can dictate a witness list.

Does Pelosi not fathom how this appears?

Democrats had full power to call witnesses during the impeachment hearings, and they did (while denying the same right to House Republicans or the White House). To say more are needed now -- basically, a fishing expedition -- is an admission that the specific charges they passed are weak, unproven and unpersuasive.

Impeaching a president is a grave responsibility. Saying more evidence is needed AFTER impeaching one is mindboggling. It belies the raw power politics that this fiasco is.

The main complaint now is that one current and one former White House employee did not appear before the hearings in the House, because -- in what is a standard and legitimate defense of the Constitution's separation of powers -- they were instructed not to participate by the White House.

The White House had good reason to resist. Besides the question of separate powers, as anyone understands who has followed the Inspector General's Report on FISA abuses and compared it to what impeachment director and intelligence committee chairman Adam Schiff said over the years, Rep. Schiff is not afraid to lie -- repeatedly and passionately -- if it serves his purpose. 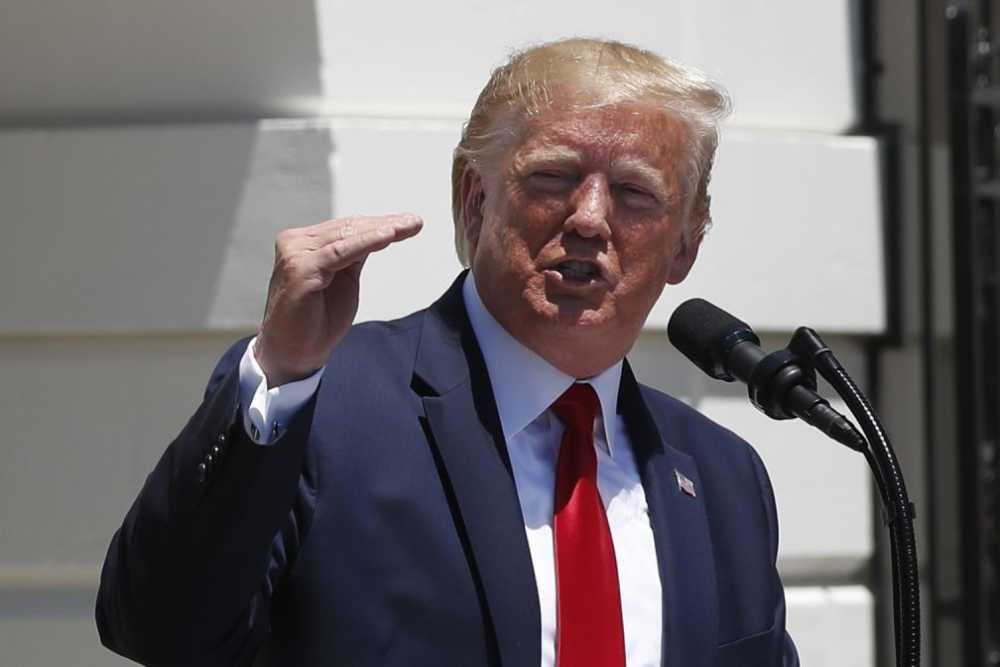 Trump is wrong to constantly attack others
Jon Rust
At lunch the other day, a good friend of mine explained he stays away from the national news, and he's all the happier for it. He no longer watches the cable news channels, and he's deleted all but one of the national newspaper apps he used to have on his phone. I totally understand...

He and Rep. Jerry Nadler, the two men who controlled the House committee impeachment hearings (and who actually lobbied for leading impeachment efforts long ago), have been promoting impeachment since Trump was elected.

In response to the White House's intransigence, Democrats could have sought to compel testimony by taking their argument to the courts. They did not. Were they fearful of losing? It doesn't matter, because litigating the disagreement would have taken more time, and Pelosi, Schiff and Nadler were in a hurry to pin a scarlet "I" on Trump before Christmas.

To compound the travesty, Nadler and Schiff actually turned the White House's Constitutional assertion of separate power into the House's second article of impeachment: Obstruction of Congress. It was something that impeachment expert Prof. Jonathan Turley, a Democrat and no Trump fan, warned House leaders about during the hearings.

"If you impeach a president, if you make a high crime and misdemeanor out of going to the courts, it is an abuse of power -- it's your abuse of power," Turley said. "You're doing precisely what you're criticizing the president for doing."

The hard facts are, Schiff and Nadler failed to persuade the nation in their impeachment hearings, and Pelosi's threat of not even sending the articles of impeachment to the Senate underlines that failure. 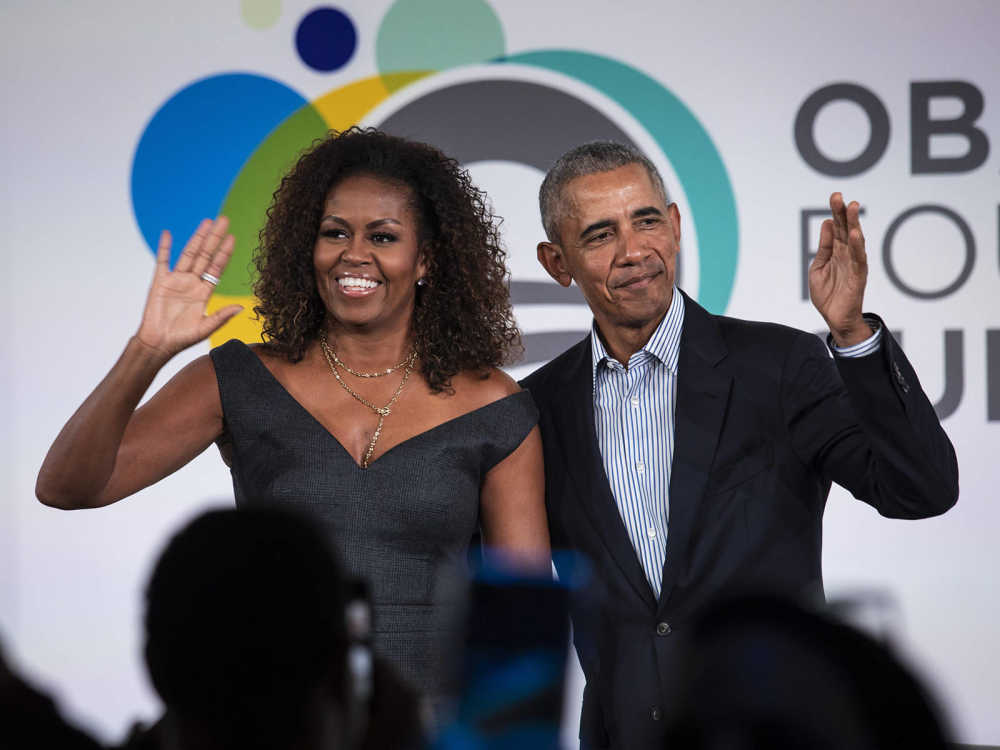 Obama was right to speak against 'woke' culture
Jon K. Rust
So much of today's culture is disturbing, especially how disagreements (and differences) become flashpoints for wars of personal destruction. Many have assisted the creation of this culture, and much of the media inflames it, which is why it was affirming to hear former President Obama recently offer his views about youth activism and "woke"...

Many critics like to say what Donald Trump is doing is unprecedented and a threat to our democracy. Personally, I find his style, some of his policies, and much of how he communicates outrageous (and depressing). But it is becoming increasingly clear, with tactics like delaying the delivery of articles of impeachment (or lying to the FISA courts, etc.), it is those reacting to Trump who are doing more to destroy institutional principles.

View 39 comments or respond
Community discussion is important, and we encourage you to participate as a reader and commenter. Click here to see our Guidelines. We also encourage registered users to let us know if they see something inappropriate on our site. You can do that by clicking "Report Comment" below. Our goal is to create a place for robust and civil discourse about our community, state and nation.