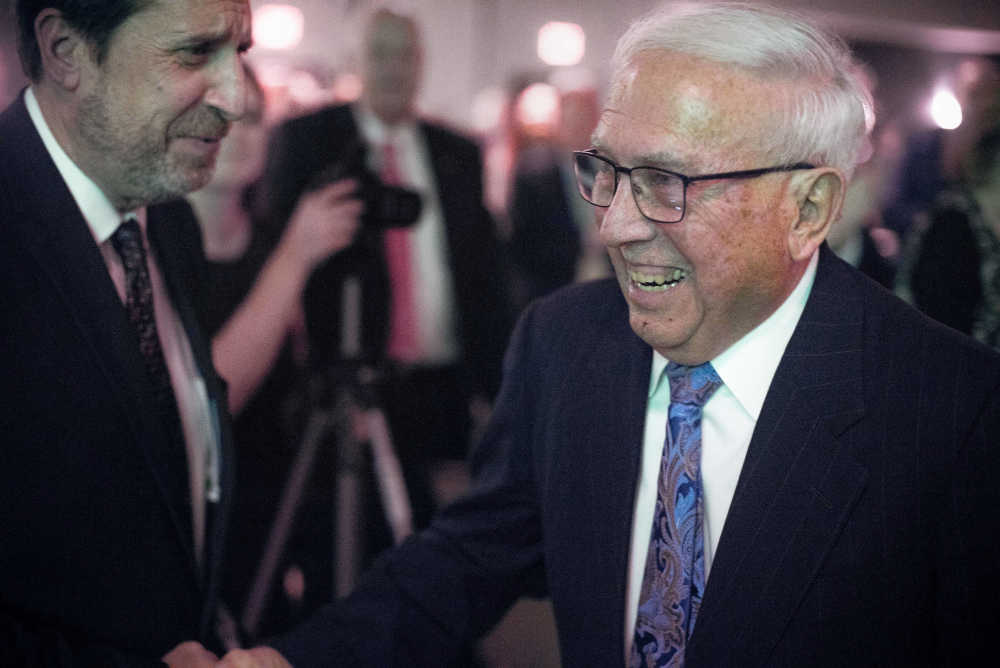 It was a special night in Cape Girardeau on Thursday as the Cape Girardeau Area Chamber of Commerce recognized award winners in small business of the year, chamber ambassador, the Rush H. Limbaugh lifetime achievement award and a new Drury Family award for entrepreneurship. Common in the acceptance speeches was a theme of gratitude -- along with a celebration of this corner of the world as unique.

Because the remarks were so heartfelt -- and gracious during an era of political strife -- I'd like to share them with you, focusing today on Earl Norman, founder and former CEO of Health Services Corporation of America (HSCA), and a man who has quietly been a huge benefactor and behind-the-scenes promoter for the area. Norman, who shuns the spotlight, received the Rush H. Limbaugh Award, saying, "You can find enjoyment in your business, and it can be very satisfying. But real joy comes from helping people."

But first, congratulations to Greg Vaughn for recognition as the chamber ambassador for 2019, and a belated congratulations to Brandy McIntire for winning it in 2018. These individuals help welcome new businesses to the community -- foremost through attending business ribbon cuttings. And they help build chamber resources and its network effect through recruiting and signing new members.

Also deserving praise is the Coalter Insurance Group, led by Laura Coalter-Parker, for being named the chamber's Small Business of the Year. As a former board chair, I know this award is a difficult decision, because there are many worthy local enterprises. But Coalter Insurance Group continues to set the highest standard in all that it does. Congratulations to Laura and the full team there.

Named after the accomplished Cape Girardeau attorney who practiced law until he was 102 (and grandfather to the radio personality), the Rush Limbaugh award is bestowed to "an area business person who has expended exceptional effort on behalf of the community for a sustained period of time."

For decades, Norman has been a behind-the-scenes force, seeking to influence the community for good and donating mightily to worthy causes. Kathy Bertrand, chair of the chamber board of directors, described him as "spending countless hours and countless dollars to make long-lasting positive impact. His persistence to effect positive change is legendary."

In a video at the event and then in live remarks, Norman talked about the award, his perspective and inspirations.

"I absolutely want to thank especially the previous winners who gave me this honor. But also, I had the opportunity to meet Mr. Limbaugh. I think he is an incredible example for our community ... [including] his kindness. So, to me, it's very special.

"I don't know that those of you who grew up in Cape Girardeau realize what a wonderful community this is. I think you almost have to come from outside and move in here. ...

"My wife and I came down from St. Louis, and the first thing that happened is we had neighbors come over, welcome us and bring us food. And then we got to experience the kindness of business people as I called on them. People like Clarence Suedekum, Gene Huckstep, other individuals at the hospital, like Jim Striker who was the administrator at Southeast. They encouraged me to start my business.

"And you know when you stop and think about it, we have a very special community. ... There are three things that helped me appreciate the importance of giving to needs and causes. ..."

"Just down the road from my house we have the oldest English-speaking school west of the Mississippi. The other way is, I think, the oldest black grade-school in this part of the state. It's only foundation stones and a cistern now, but that was a school for the children of slaves that went to school right after the Civil War. And I've never known the name of the person who put that up... But someone did that, and think how important that gift was to those families and those children.

"Some of these families are still here in Cape Girardeau and are your friends and neighbors.

"The second thing I want to mention is very similar. When we bought the first site for my home, which is out on Bloomfield Road near what used to be Mount Tabor Park, old Mr. Andy Juden, who owned a lot of downtown, sold it to me and took me out there. And we were driving near what is now Stonebridge, right across from Campster School, and he looked at me and said, 'That's Jap Field.' And I said, 'What?'

"That was the field where he allowed the Japanese families of Cape Girardeau to have vegetable gardens so they could live and survive during the Second World War, when everybody was against them. Later, we used Roy Murakami as the mechanic for our cars, and he was one of the descendants of the families who lived there.

"That kind of giving is important.

"And the third example is one that's pretty special to me, and that's a young man by the name of O.J. Turner. Some of you may know him. He grew up in a single parent home, just south of the old Saint Francis Hospital. He was a young kid that was growing up kind of by himself in the neighborhood. And the family that owned Pure Ice Co., the Harter family, took him under their wing, took him to ballgames with their own son, and then offered him something that was a ticket out of a hard life. They offered him a job at the icehouse.

"He worked at that job all the way through high school and college, from 13-years of age up until he finished college and [began his career]. And today he's one of the outstanding families in our community.

"Those are the examples that have caused me to view Cape Girardeau in a special way today, which I don't know you can [fully understand] without having come from outside and seeing what it's like elsewhere. We've got that kind of attitude, kindness and spirit in our community.

"On behalf of my employees, who helped make me a success in business, especially my wife and children, who supported me every step of the way, I want to thank you, all of you for this award. I will treasure it forever."

Congratulations, Earl and well done. You are a powerful example that real joy comes from helping others.

Jon K. Rust is publisher of the Southeast Missourian. Next column: The Drury Family Spirit of Entrepreneurship Award. 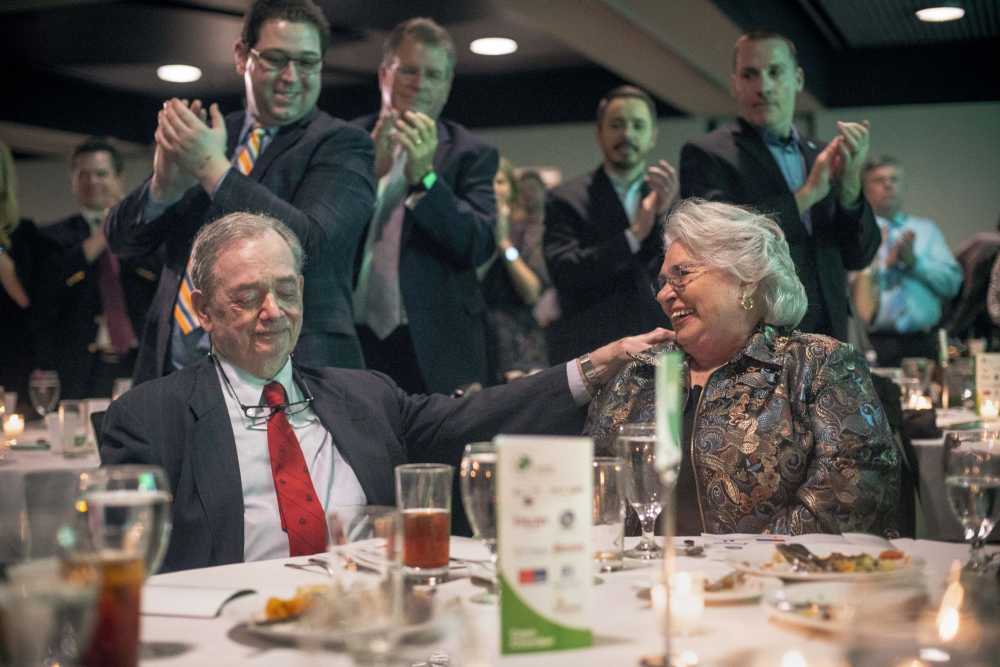 Norman, Rust among others honored by Cape Chamber
By Jay Wolz ~ Southeast Missourian
Cape Girardeau businessmen Earl Norman and Gary Rust were among the honorees at the Cape Girardeau Area Chamber of Commerce's 2019 Annual Dinner on Thursday night.
A capacity crowd of 850 chamber members and guests attended the event at the Drury Plaza Conference Center during which Norman received the chamber's Rush H. Limbaugh Award and Rust... 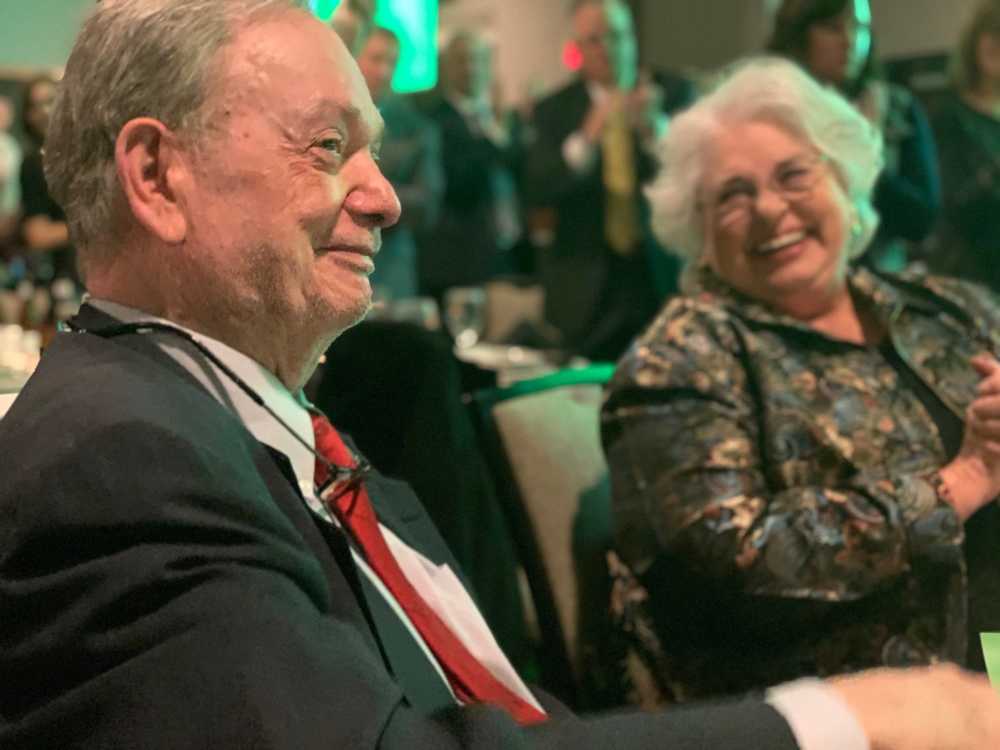 With Drury Award, Gary Rust shows that hard work and kindness matter
Jon K. Rust
I'm proud to call Gary Rust my father. No one is a stranger to him. He celebrates all people, but especially those who apply themselves to improve the world around them. He is loyal, hard working, playful, generous, insatiably curious, loving and visionary. On Thursday he was recognized by the Cape Girardeau Area Chamber of Commerce with the...
More from this columnist · Jon K. Rust