Obama was right to speak against 'woke' culture 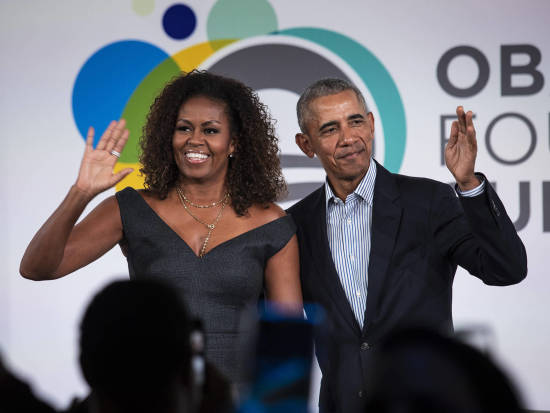 So much of today's culture is disturbing, especially how disagreements (and differences) become flashpoints for wars of personal destruction. Many have assisted the creation of this culture, and much of the media inflames it, which is why it was affirming to hear former President Obama recently offer his views about youth activism and "woke" culture. His words warrant careful consideration.

"This idea of purity and you're never compromised and you're always politically 'woke' and all that stuff," Obama told the young people in attendance at the Obama Foundation Summit in Chicago, "You should get over that quickly."

"The world is messy; there are ambiguities. People who do really good stuff have flaws. People who you are fighting may love their kids, and share certain things with you."

The two-term president continued: "I do get a sense sometimes now among certain young people, and this is accelerated by social media, there is this sense sometimes of: 'The way of me making change is to be as judgmental as possible about other people,' and that's enough."

"Like, if I tweet or hashtag about how you didn't do something right or used the wrong verb, then I can sit back and feel pretty good about myself, cause, 'Man, you see how woke I was, I called you out.'"

"That's not activism," Obama said. "That's not bringing about change. If all you're doing is casting stones, you're probably not going to get that far. That's easy to do."

When I first saw the video clip of Obama's comments and read them, I set the words aside as something to share. Then, yesterday, I searched online to see if much had been commented and was amazed at how often the former president was derided.

Applauded by many conservatives initially, some started dismissing him as an original enabler of the "woke culture," while others used the comments primarily as a means to point how far left the leading batch of Democrat presidential contenders are. Many progressives responded indignantly from the beginning — castigating Obama as naive, paternalistic and out-of-touch.

But I would bet most of us agree with the former president and are glad he spoke out. In a world where, too often, value-signaling is not only an end-all and be-all, it is a mob motivation, the remarks were refreshing.

If I may extend them a bit: Being respectful and caring for one another, not being so quick to judge, and seeking to make real change — through sustained effort — are better aspirations than shoot-from-the-hip, hubristic, moral preening.