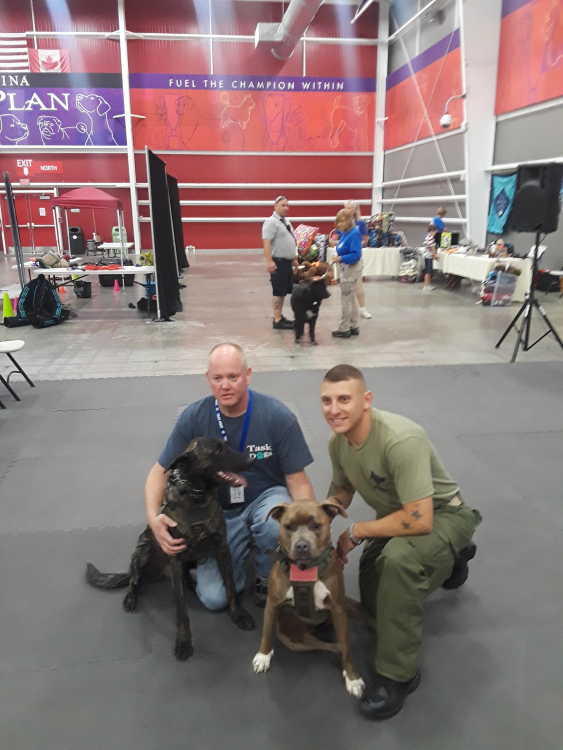 Service dogs can be invaluable to those who have physical disabilities, post-traumatic stress disorder, traumatic brain injury and much more. Helping the public learn about accessibility to service dogs was the focus of “Task Dogs: A Service Dog Expo,” which took place Saturday, June 15, at the Gateway Hall at the Purina Event Center in Gray Summit, Missouri. You can learn more about the event at facebook.com/taskdog.

At the event, we had a couple of guest speakers, including former Marine Jared McGown of St. Peters, Missouri, and former Marine and Cape Girardeau native, Steve Hamblin. They both discussed their military service, their transition out of the service and the importance of helping returning veterans so they can mitigate the symptoms of PTSD. Both veterans agree service dogs can benefit certain people. Mitigating the effects of PTSD may also lead to fewer veteran suicides, which was the purpose of the event. 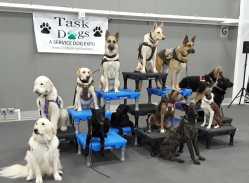 While this first-time event brought in a less-than-stellar crowd, those who did attend mostly agreed it has a purpose and would merit another day next year. So a tentative date has been set for next June but won’t be shared until a contract gets signed.

As equally important were the two celebrity canines at the event. The American Humane Hero Dog Awards has several different categories from which they select a winner, and "Service Dog" is one of them. The current

Service Dog winner from 2018 is Roxy the PTSD Service Dog that belongs to handler and Army Veteran Justin Tucker of Waynesville, North Carolina. Justin came with Roxy and his Dutch shepherd named Reaper the Dutch Nightmare, which he trains for explosive detection and bite work. I even put on a leg suit and took a bite from Reaper, which was fun. I put on a jacket and took a lick from a Belgian malinois named Raider, too. Reaper and Raider are task dogs, which fits into the overall event format since law enforcement canines help in our communities, as service dogs do.

The other celebrity dog in attendance was Sampson the Service Dog, who belongs to Joey Ramp of Illinois. Sampson is currently a semifinalist in the Hero Dog Awards process, and if you want to vote for him, he’d appreciate it.

This event wouldn’t have happened without sponsors, and even though the event was outside of St. Louis, several Southeast Missouri businesses had enough interest in the event to help fund the day. Much thanks goes to Heise Heating and Cooling, Foeste Masonry, Nip Kelley Construction and Skyview Animal Clinic. Tentatively, there will be another event next June, so if someone else locally wants to help sponsor that event, please let me know.

There will be no way to measure the success of an event like this other than through the connections individuals make with others. But if an event like this eventually pairs a veteran with a service dog and that veteran retains his or her life, then all the effort will have been worth it.