Is there a profound breakdown in American democracy? 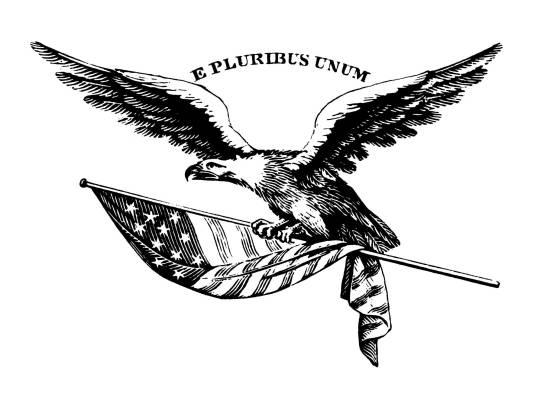 Turn on cable TV, listen to popular podcasts, even peruse the online commentary section of this newspaper, and a regular theme emerges: Partisanship is threatening American democracy. But is it really? Or is there something more concerning at work?

Last week I wrote about a Harvard Business School presentation that looked at the debilitating impact of screen usage -- phones, tablets, video games -- by kids. This week I look at another HBS reunion session I attended, led by historian David Moss, titled: "Is American Democracy in Trouble?" In the presentation, Prof. Moss explored the health of the nation through a historical lens, and what he revealed is a country that has been propelled forward through productive tension in the past, but which is straining today as parties seek political victories through non-democratic means.

I won't delve deeply into the presentation, which looked at several heated, historic debates at the state and national level. But what became evident is that Americans have always been troubled by the state of the nation. "In every generation of American history," Moss emphasized, "thoughtful people are concerned that they are at the end of American democracy." Intense partisanship is to blame -- one side lamenting the other, often after a political defeat. Rather than political tension leading to the end of democracy, however, Moss showed how it has led to innovations in American government -- with the competition of ideas leading to productive results. Just like in business, innovation in the political sphere rarely comes from harmony, Moss said, pointing to bankruptcy laws, universal education, financial policy. It comes instead from the clash of ideas.

Where productive tension turns destructive is when faith in self-government itself wanes, tempting political opponents to force governmental remedies separate from the ballot box. In America's history, no example looms larger than the Civil War, and Moss shared an editorial from the Atlantic Monthly, written February 1861, talking about the slave states who seceded in the period between Abraham Lincoln's election and inauguration (or soon thereafter): "... They now question the right of the majority to govern, except on their terms, and threaten violence in the hope of extorting from the fears of the Free States... Their quarrel is not with the Republican Party, but with the theory of democracy."

Is America today at a similar point? Moss' concern is not that Americans are arguing vehemently, which is nothing new, but that they're giving up on solving political problems within the framework of democracy. In years past, a commitment to democracy was "the glue that held the country together." Today, faith in democracy is being torn down by the culture, media and the political parties themselves, which too often seek victory on single issues at any cost. That lost faith in democracy -- caused by our failure to nurture and protect it -- is our gravest threat.

Moss began his presentation talking about himself as a boy accompanying his father, who was a doctor, on house calls. Often a patient would complain about swelling in the legs and want the doctor to relieve the pain. While the pain and swelling were real, Moss said, the leg problems were only a symptom. The more dire problem usually had to do with heart failure. By telling this story, Moss was cautioning that our political culture spends a lot of time talking about symptoms, which are real enough but not the cause of our ailments.

The lesson I took away: Be true to your causes, seek to persuade others about your viewpoint, engage in the clash of ideas. But do so in ways that respect and honor democracy, working within the system rather than seeking short-term, immediate victory at any cost. Such, shall I say, "respectful" efforts will preserve and propel our country in the long run, rather than undercut it for ultimately pyrrhic gains.

To bolster this attitude, Moss recommended returning to teaching civics and American history in our schools, and striving to make them interesting, in part by educating that harmony was not necessary when formulating important and good policy. But working within a framework we are all committed to -- the rule of law, honest debate and democratic values -- is vital.

For more about David Moss, I recommend his book on American history (which I have ordered but not yet read): "Democracy: A Case Study." It is being taught in some high schools. Here is part of the description:

"To all who declare that American democracy is broken -- riven by partisanship, undermined by extremism, and corrupted by wealth -- history offers hope. In nearly every generation since the nation's founding, critics have made similar declarations, and yet the nation is still standing. When should we believe the doomsayers? In 'Democracy: A Case Study,' historian David Moss adapts the case study method made famous by Harvard Business School to revitalize our conversations about governance and democracy and show how the United States has often thrived on political conflict."

Jon K. Rust is publisher of the Southeast Missourian. He recently attended his 20th class reunion at Harvard Business School and is sharing some of his notes from reunion sessions he attended. For more, check his columns in the opinion section at semissourian.com.