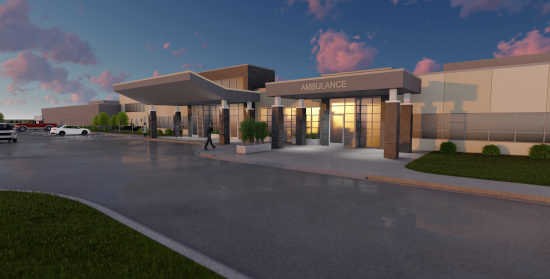 Today’s world is fraught with new stresses and addictions, often revolving around technology. Think about internet gaming, online porn, social media, even technology such as vaping and JUULs (which can deliver more nicotine in one “pod” than a pack of cigarettes) or relatively new synthetic drugs such as fentanyl and other opioids. Children, more and more, are suffering depression, anxiety and obesity. Their behavior and habits are among the reasons: less time outdoors playing; more time on screens. And yet, in this area — and in the state as a whole — behavioral health services have lagged, putting stress on hospital emergency rooms, or causing young and old to wait for months to be seen by professionals. That is about to change locally, thanks to a new partnership between SoutheastHEALTH and Universal Health Services, a Fortune 500 company.

Last month, after more than a year of speculation and negotiations, the two health organizations signed a deal to build a new, free-standing 102-bed behavioral health hospital in Cape Girardeau. World-class professionals will provide a “full continuum” of inpatient services, including a geriatric unit, two adult-care units, and a child and adolescent unit. In addition, according to a news conference Feb. 28 led by SoutheastHEALTH CEO Ken Bateman, “The facility will offer robust outpatient programs to address the most prevalent mental health concerns, including child, adolescent and family counseling; and treatment for depression, anxiety disorders and other common mental health issues.”

Many people understand traditional mental health challenges, but behavioral health services go broader, beyond biological components “to encompass all contributions to mental wellness including substances and their abuses, behavior, habits and other external forces,” according to the website www.insighttelepsychiatry.com. At the new Southeast Behavioral Health Hospital, patient treatment options will include yoga and meditation, fitness/movement therapy, art and music therapy, group and individual therapies and something described as “evidence-based treatments such as Trauma Focused Cognitive Behavioral Therapy (TF-CBT), Dialectical Behavioral Therapy (DBT) and motivational interviewing.”

To be built near Southeast’s west campus adjacent to Interstate 55 and exit 95, the $33 million facility will be overseen by UHS, one of the nation’s largest hospital management companies. UHS, which specializes in behavioral health, has annual revenue of $10 billion. Earlier this year, it was recognized by Fortune as one of the “World’s Most Admired Companies.” Construction will start this summer with an expected opening in fall 2020.

Southeast and UHS also will invest in medical residencies, clinical training and the latest in telehealth technology “to bridge the gap in access,” Bateman said.

According to financial estimates based on the Bureau of Analysis multiplier for Cape Girardeau, the total economic impact of the new hospital will be $64.6 million, which includes 167 jobs during the construction and development phase. Once operational, an estimated 429 jobs — with more than 180 clinicians, mental health technicians and support staff — will be created at an annual total payroll and benefits of around $9.5 million. The estimated impact to all businesses and industries in Southeast Missouri, using the multiplier, will be $38.9 million annually.

The dollar figures and economic impact are large, but it’s the impact on health that is the real game changer. Congratulations to Ken Bateman and his team at Southeast, Shelah Adams and Ron Escarda with UHS, and the boards of both groups for finalizing the deal and moving forward.