Is it racist to vote against school bond issue? No, but it would be short-sighted 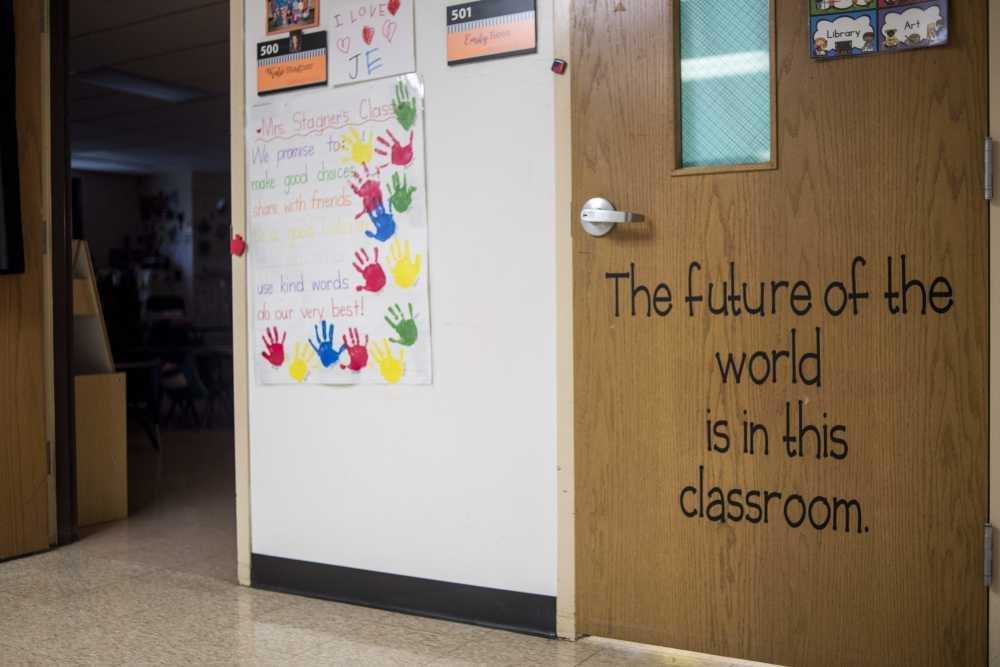 So many problems in today's world sadly emerge because folks on opposite sides of an argument try to eliminate opposition through character destruction. Disagreement, it is stated (or implied), results because of one side's moral failure, not because of legitimate differences of opinion.

I bring this up because some well-meaning and good people in Cape Girardeau are creating an undercurrent that if the upcoming school bond issue fails, it would be for racist reasons. This is a dangerous, dangerous belief, more likely to ignite future problems than to solve them. And it is wrong. There are many reasons the school bond issue might fail -- besides a general dislike of taxes -- and almost all have to do with the uncertain process surrounding a new aquatic center. More about this later.

Here is my big point: It would not be racist to vote against the school bond issue, but it would be, I strongly believe, shortsighted.

And, it would be to the detriment of the city -- present and future.

Voting for and passing the school bond issue would be good for Cape Girardeau, potentially even transformative.

But let's unpack some of the tensions around this matter, starting with some areas of common agreement. For one, without the aquatic center, the strong odds are the school bond issue passes. It is part three of a three-part master plan to improve and renovate local schools. Phase one, a $40 million plan to replace an elementary school, build an event complex and address deferred maintenance, passed with 61 percent of the vote. Phase two, a $20 million plan to renovate several schools and increase security, along with larger projects at Central Junior High School and the Cape Career and Technology Center, passed with an even higher 71 percent of the vote.

This third phase, which does not require a new tax, is much less than the first two at $12 million, and it comes on the heels of the school district doing all that it promised in the first two phases. It also comes with great momentum and much good taking place in the school system from significantly improved high school graduation rates and national academic recognitions to the launch of innovative and extremely successful leadership programs such as the Honorable Young Men's Club, Tiger Lillies and Air Force JROTC.

Moreover, the school plan is solid. Alma Schrader and Jefferson schools desperately need updates. Roofs, parking lots and mechanical systems (air conditioning and heat) at these buildings and elsewhere don't simply fix themselves. Meanwhile, there is a long line for pre-kindergarten spots in the Cape schools. A new Early Childhood Development Center would double the capacity. It, too, is needed.

As I said, odds are, with the recent history of community support for school bond issues in this area, the vote would likely pass.

What's ginned up the controversy is the aquatic center. Citizens overwhelmingly (by 81 percent of the vote) supported the city parks and recreation department's sales tax extension in 2018 with the belief a new aquatic center would "replace the Central pool," even if the city's plan allocated only a fraction of what such a pool would cost. Many voters envisioned a 50-meter pool similar to the current one, but indoors. The city changed its original marketing materials and was clear the type and size of pool ultimately built would depend on financial partners, but proponents (especially competitive swimming families) held tight to a gleaming, competitive arena.

The location at the time of the vote was also left uncertain. But many in the community began to think about different locations, including next to the Sportsplex. People dreamt big. But in the end, only the Cape Girardeau school district, which has partnered with the city on the current pool for more than 40 years, stepped forth with a realistic commitment. And the district believed strongly if it were going to invest money into both building the center and contributing to operating costs, it needed to be part of one of its facilities.

Let me share my direct perspective. Citizens should beware the high operating costs of a massive swim center. Unlike the Sportsplex, which can be re-purposed for multiple sports and events -- from pickle ball tournaments to soccer, basketball, volleyball, cheerleading, corn hole and other competitions -- a swimming pool can be used only for water sports. And there are only so many swimming competitions per year to drive revenue. Meanwhile, the more and deeper the water, the higher the operating costs. The most onerous cost of an aquatic center is not the original construction, it's the annual cost of operating it over 40 or more years. Thus, seeking partners was a valid way for the city to proceed. In hindsight, though, it would have been smarter to align partners in advance of the city vote rather than afterward.

The lack of money and questions about the type of pool, however, created disunity in the public as the city finalized discussions with the school district. While some believed that a 35-meter pool was enough to serve the needs of competitive swimmers, others would not be satisfied for less than the current Central 50 meters.

None of this has to do with race.

Where race emerged is when the school district led by Neil Glass saw a purpose for the pool, which wasn't part of the city's original message. A pool near Jefferson School, which has a predominantly minority population, could be transformative not only to that area of town, but to the community as a whole, it was said.

Again, let me be direct. Near Jefferson School is not a bad location. In fact, it's a great location, especially with an entrance and high visibility to the space off Shawnee Parkway. Already, thousands of families travel there each year to participate in events at the Shawnee sports complex. And it fits the requirement for not buying land (it's already owned by the city and district) and limiting ongoing operating costs (being attached to a facility already staffed).

To me, if locating the aquatic center at Jefferson also helps transform that part of the city, an area with one of the highest concentrations of poverty in the state, then that's a major bonus. But here's another bonus. Because of this location, more funding might be available through federal and private grants, which are earmarked for blighted areas. Thus, the best chance for the best facility is actually at Jefferson. Accordingly, if the school bond issue passes, the city and school district have put the brakes on finalizing a design and issuing bonds. Instead, they've committed to reaching out and exhausting opportunities.

That message puts them in a predicament, though. Again, citizens will be voting on something uncertain, and it doesn't help that parks and recreation boosters, with all their fans, haven't been clear in their support.

I know my following argument will fall on many deaf ears, but I believe there are good people involved in these deliberations. Superintendent Glass and his team are visionary professionals, who have the best long-term interests of the school district in mind. The city is appropriately squeamish about committing to building an aquatic center it can't afford in the long-term. Both want to do the best for the community and are willing to take the time to attract more funding. Locating at Jefferson might open up more funding, and it offers an added bonus, elevating a region that would elevate the whole city.

Does any of this controversy have anything to do with race? Not really. Hopefully, you will learn more in the next several weeks. The vote is on April 2. And, oh yeah, it will take 57 percent of the vote to pass. In a recent unscientific Southeast Missourian online poll, it lost 56 percent against to 35 in favor with 9 percent undecided. Your support will be needed.

View 15 comments or respond
Community discussion is important, and we encourage you to participate as a reader and commenter. Click here to see our Guidelines. We also encourage registered users to let us know if they see something inappropriate on our site. You can do that by clicking "Report Comment" below. Our goal is to create a place for robust and civil discourse about our community, state and nation.