Thanks to Old Town Cape 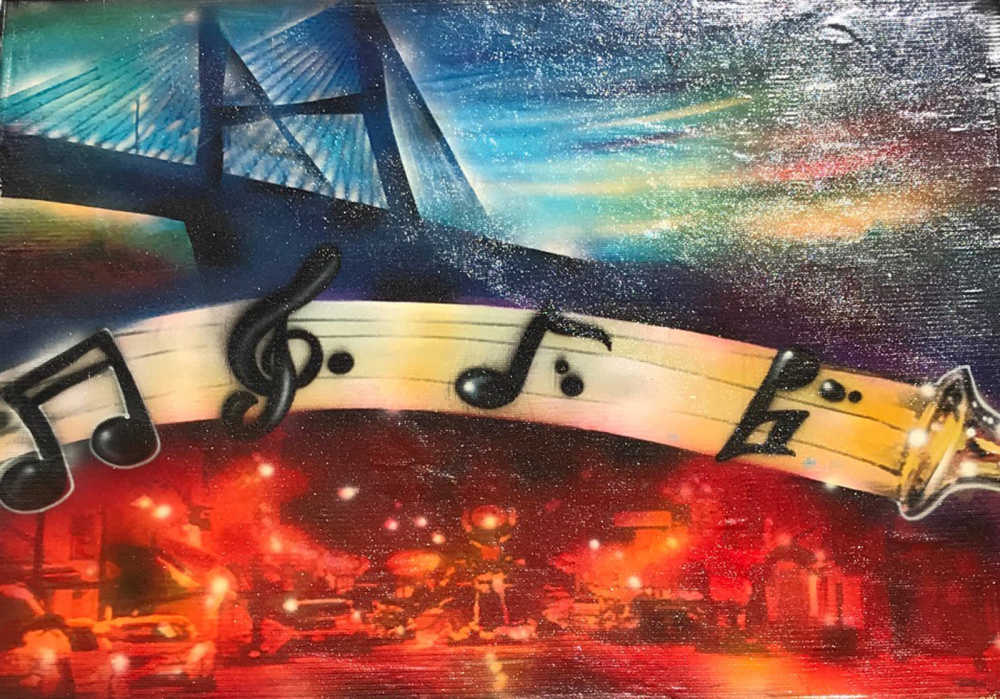 Twenty years ago downtown Cape Girardeau was teetering on the brink. While long-time stalwarts had a dream to revitalize, many businesses had fled west towards the highway and new prospects were dim. Today, the area is vibrant and growing. One of the major reasons: In 1999, Old Town Cape, an organization largely powered by volunteers, began, establishing a strategy and process for redevelopment. Last Thursday at its annual dinner the group celebrated its 20th anniversary with a retrospective about some of the volunteers, businesses and visionaries who impacted the area over the past two decades.

The group also celebrated many of the milestones over the period, including the creation of more than 600 new jobs in the downtown -- according to a flyer at the event and remarks made -- nearly $220 million in public and private investment, and numerous state and national awards. In 2018 alone, 13 net new businesses created 188 jobs and $21 million was invested, the new Courtyard by Marriott being a gleaming part of that.

Cape Girardeau owes thanks to OTC, led by Marla Mills since 2006, for events like the award-winning Tunes at Twilight, the Cape Riverfront Market and for its grants to downtown events and promotions. At the dinner, which took place at Isle Cape Girardeau, partnerships were touted, including with the downtown Community Improvement District (itself a sprout from a strategic plan formulated by Old Town Cape). The CID has financed litter pickups, police foot patrols, downtown marketing, Christmas decorations and more, which are managed by OTC. Upcoming projects with the CID include uplights on Broadway, flower baskets on Spanish. And unveiled this week: an alley between Main Street and Spanish decorated by murals and lighting to make people feel more comfortable walking to parking.

Historic bonus: In what I thought was a pitch perfect decision by Old Town Cape's board at this year's dinner, the organization did not give out its annual awards. Instead, it recognized all the winners since its founding. In that spirit, let me share the first column I ever wrote about Old Town Cape. It is interesting to see some of the names -- and buildings, which have seen their ups and downs.

Definitely in a feel-good mood, the downtown redevelopment organization Old Town Cape held its annual banquet Thursday night. With eye-popping new construction and revitalization projects on the riverfront and in the downtown area, this primarily voluntary organization paused to reflect upon some of its achievements and to give tribute to those dedicated to what they consider "the heart and soul" of the community.

It was an evening full of laughter, not least because outgoing president and bed-and-breakfast owner Marsha Toll has a smile that tickles a room, and the remarks of the incoming president, university professor Steven Hoffman, were full of warmth, pride and amusement.

Among those honored were Buckner Brewing Company, recipient of a new award for excellence in building renovation named after the iconic Cape Girardeau architect John Boardman. Tim Blattner, who has spearheaded many a mural project, was volunteer of the year, while John and Jerianne Wyman were recognized with the first Charles L. Hutson Visionary Award.

The Hutson award, which goes to a person who demonstrates outstanding and vital commitment to the revitalization of downtown, could not have been named after a more appropriate individual. Nor could it have been bestowed in its first year to a more dedicated or deserving couple. Those who know the Wymans realize they have had a significant impact on Cape Girardeau through hard work, high-quality goals and creative thinking.

Each of the honorees was touched and surprised by the recognition for doing things they love. But thanks to their efforts, Cape is blessed with murals, a beautiful brewpub in a historic building overlooking the Mississippi, and several businesses, restaurants and redeveloped homes that would otherwise not be here.

Sometimes we take for granted those who provide distinct color to our community. These folks deserve our thanks and congratulations.

For those who aren't familiar with Old Town Cape, it is a program based on the Main Street concept, which has helped revitalize many historic districts in towns across the country. Keynote speaker Sheri Stuart of the National Trust's Main Street Center, which helps oversee Cape's program, spoke eloquently about the importance of historic buildings and neighborhoods. This is real history, she said, a place that is "special and attractive." By revitalizing it, Cape differentiates itself from other towns and increases the quality and diversity of life. She challenged the crowd with several themes. Reconnect with the riverfront. Give the community reasons to visit. Be authentic and build on what's real. Embrace the arts. Create an inviting "third place," where people want to be when they're not at home or work. And have fun while working toward these goals.

Apropos to the evening, as I was departing the Missourian building for the banquet, MoDOT was testing the lights on the new bridge. The cables looked like strings of pearls against black velvet. It was breathtaking.

Starting last night, those lights were turned on officially, to shine each evening from dusk until midnight. Thanks in part to Old Town Cape, whose director Catherine Dunlap and many volunteers helped sell collector's prints of the bridge, along with private businesses and the Chamber of Commerce, the new bridge will be a sparkling landmark even during the night. There's a metaphor in there somewhere: Perhaps by working together and cherishing what makes our towns unique, we can light beautiful paths to a better way.

In her keynote address, Stuart cautioned that historic downtowns don't decline in a year but that the slide usually takes decades. Likewise, the journey back doesn't happen in a year either. It demands commitment to incremental change. Old Town Cape has much to be proud of: The journey is gaining momentum.