Imagine, listen, act and work toward the promise 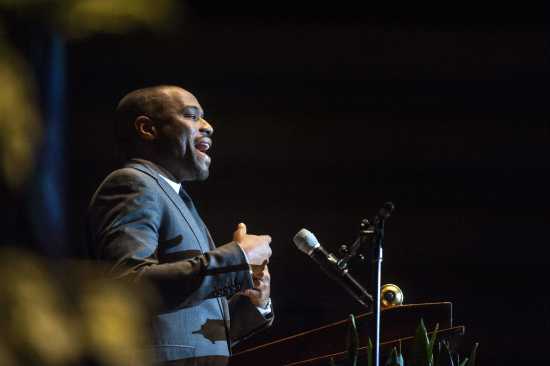 Are you an activist? It's a term some embrace; others resist. To me, someone who takes action for social or political change is an activist. Activism is about doing something yourself when you see a need, and not just watching -- or criticizing -- from the sidelines. Some of the people I admire the most are activists: people who seek to change the world for the better through personal commitment and love.

Political activism, though, only goes so far, and it can be dangerous when it is tribal, unthinking, unlistening, unloving, especially when it becomes about extortion and not persuasion. Last week at Southeast Missouri State University's Martin Luther King, Jr. celebration, keynote speaker, professor and media personality Marc Lamont Hill talked about being an activist. No matter your politics, his lessons are instructive. These are my notes in my words, not necessarily quotes, from his exhortations:

Have a radical imagination. Don't allow yourself to be reduced to a particular situation or immediate experience. Don't be a prisoner to events. Think and dream beyond the immediate. Don't scale down your dreams. Release your imagination to envision a world that doesn't yet exist.

Engage in radical listening. It's not about you talking, or even taking turns talking; it's about deep listening. Before action, there is an ethical and moral imperative to listen. Martin Luther King, Jr. grew up in the Christian context: I will treat you by how you treat the least of these. Listen to others, seek to understand, not just the powerful, but the vulnerable.

In the story of the Good Samaritan, it wasn't about what bad can happen to me if I engage, if I act, but what can happen to him (the beaten man on the path) if I do not.

Take radical action. Listen, think, then do something. Act! Not for ego. Sometimes we get so caught up in ego that we think the only way is to start something new in our own vision. Sometimes joining an organization, continuing a mission, is important. Above all, act.

Work toward the promise that this country was founded on: equality, freedom, opportunity. That is the American way, to seek to be better, to seek to make the world better. Act better. Be better.

Martin Luther King, Jr. sought to change the world for the better, and he did. It cost him, but America and the world gained. What are you willing to sacrifice for?

I know there is controversy to some of the speakers Southeast Missouri State University invites, but from listening, we can all learn something. Marc Lamont Hill had much to say worth considering deeply.