Congratulations to Brian Gerau for 10 years at Jackson Chamber 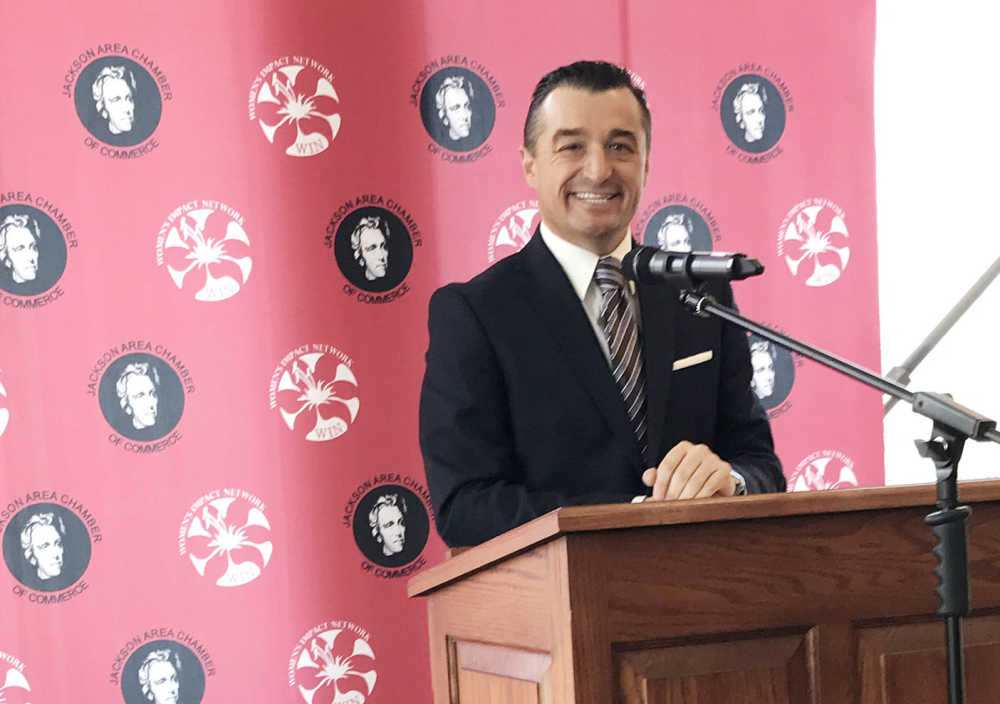 One thing you can count on from Jackson Chamber of Commerce executive director Brian Gerau -- besides the fact he will be sharply dressed -- is that somewhere along the line at a chamber event, he's going to make a funny quip. Few ever seem planned. Instead, they're spur of the moment and refreshingly innocent. On Monday at the Jackson Chamber's annual appreciation luncheon for its gold and silver sponsors, Gerau turned the lack of napkins and sweet tea into a joke about how the Jackson chamber stretches its budget to the fullest. When Gerau accidentally misspoke about "retail tax dollars" as "retail sex dollars," he didn't just move on, he drew attention to the mistake and doubled-down. It's never boring listening to Gerau speak.

In November, the perpetually young director marked his 10th year at the helm of the chamber, where he's helped the business organization more than double in size and be recognized by the Missouri Chamber of Commerce and Industry, the previous year, as the best chamber in the state.

At the luncheon, Gerau highlighted some of the past year's accomplishments, including a 95 percent retention rate and 15 percent member growth rate in 2018 over 2017. Today, there are roughly 540 members, and the chamber's events -- like its monthly breakfasts -- keep needing to grow into bigger venues. Among other highlights: its Women's Impact Network was cited as one of the fastest growing in the state and its revamping of the Jackson Leadership and Development Program to include structured leadership development through a John Maxwell program sparked the addition of a similar program at the state level.

Gerau identified Jen Berti, membership director at the chamber and a shared employee with the City of Jackson focused on retail recruitment, for being instrumental in membership and the women's network, and he was effusive in his thanks to chamber members. Kyle Thompson of The Bank of Missouri, chamber board president, was emcee of ceremonies.

Good things continue to take place with and because of the Jackson chamber. In his remarks, Gerau said, "Our door is always open... to help you make your business successful." Congratulations to Gerau for 10 years of success -- and unexpected fun -- in Jackson.