Weekend of victory, fun and delight 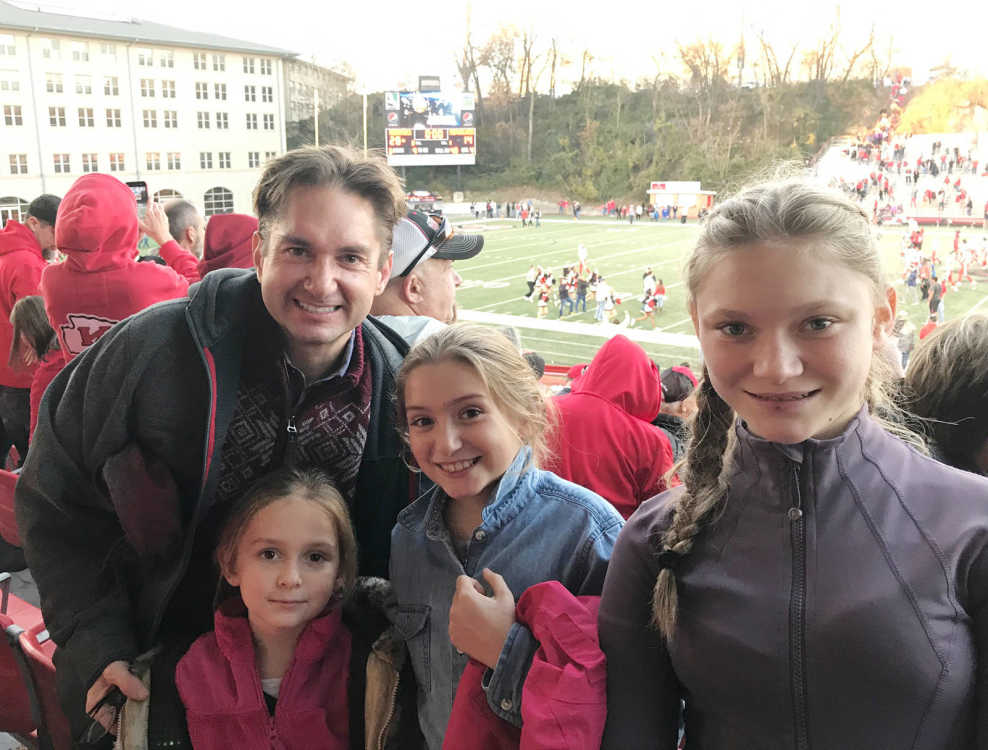 The jubilation at Houck Stadium on Saturday after the 20th-ranked Redhawks upended the 15th-ranked Stony Brook Seawolves was pure delight. Eight years since their last winning season -- and eight years since their only other trip to the Football Championship Series playoffs -- the Redhawks overcame their largest deficit of the year to score a historic win, 28-14: Southeast Missouri State's first-ever playoff victory. University president Carlos Vargas and his wife, Pam, led the cheers from the bench as the closing seconds counted down, and fans who had supported the team throughout the game with cheers and chants rushed onto the field to congratulate the players and to celebrate.

Throughout the game's first half, the end result looked unlikely. The Seawolves dominated on defense, and only a quarterback fumble prevented the visitors from taking an early lead. Then with relative ease, the team from Long Island (just east of New York City) scored twice in the second quarter, their lanky star receiver giving the smaller Redhawks cornerbacks fits: the receiver, Julius Wingate, finished with eight catches, 143 yards and one touchdown. Give major credit to Southeast's defense, though, while the vaunted Redhawks offense (10th in the nation) sputtered, and was held scoreless during the first half for the first time this season, the defense kept them in the ballgame.

Then in the second half, the defense sparked what might have been the best-ever quarter in school history in one of the most important games in school history. Everything went right for the Redhawks. Two impressive interceptions led to two offensive touchdowns within the first five minutes of the third quarter. What followed was a sustained drive by the offense for a TD, aided by penalties, and then a bad punt that backed into the heel of a Seawolf, leading to another turnover and Southeast touchdown. That score, a 38-yard pass from quarterback Daniel Santacaterina to receiver Kristian Wilkerson, took a video review by the refs to confirm.

As former Cape Girardeau mayor Harry Rediger, who was sitting near my family and me said, the Redhawks were getting all the breaks. It was fun to see, and no one deserved it more than Southeast Coach Tom Matukewicz, the Ohio Valley Conference's coach of the year.

Throughout the game, passions ran high. And the crowd, which was packed into the home side and end zone, responded with enthusiasm. It was big-time football -- in Cape Girardeau. Adding to the sweetness of the victory was that no Redhawk was seriously injured. A few hobbled off and returned to the game, but none went down on the field. The same could not be said for the visitors, and when a Seawolf running back stayed down for several minutes after an ugly collision, the Redhawks as a team dropped to a knee and prayed. It was the kind of sportsmanship one has learned to expect from a Coach "Tuke" team.

Hosting the playoff was a risk for Southeast Missouri State. The university was awarded it only after making a financial bid. In the end, the sun shown on the game, literally, and the crowd turned out, leading to a financial gain for the school, according to the university, and a big gain for Redhawks fans and our town. Hopefully, it's a sign about the future at Houck, where the Redhawks went undefeated, 6-0, this year. In the meantime, the Redhawks play again at 3 p.m. (local time) Saturday in Ogden, Utah, against second-ranked Weber State, a perennial competitor at the top of the rankings, who will host at their stadium after coming off a bye week.

Best of luck to the coaches and team! Through hard work, sportsmanship and best efforts come the highest accomplishments. That, and sometimes, a little bit of the ball bouncing just right. God be with you. We're proud of you.

A quick note of thanks to those who organized and participated in the Holiday Parade of Lights, especially Old Town Cape. The rain inconveniently arrived, heavy, just before the parade started, but stopped largely throughout. The displays dazzled. And kids were thrilled with the lights, sounds, motion and candy. It's a beautiful tradition for downtown Cape Girardeau. Special thanks to sponsors Realty Executives, Rhodes, Drury Southwest, Imo's Pizza, Plaza Tire Service, the Southeast Missourian, rustmedia and all those who created and participated! It was a delight.