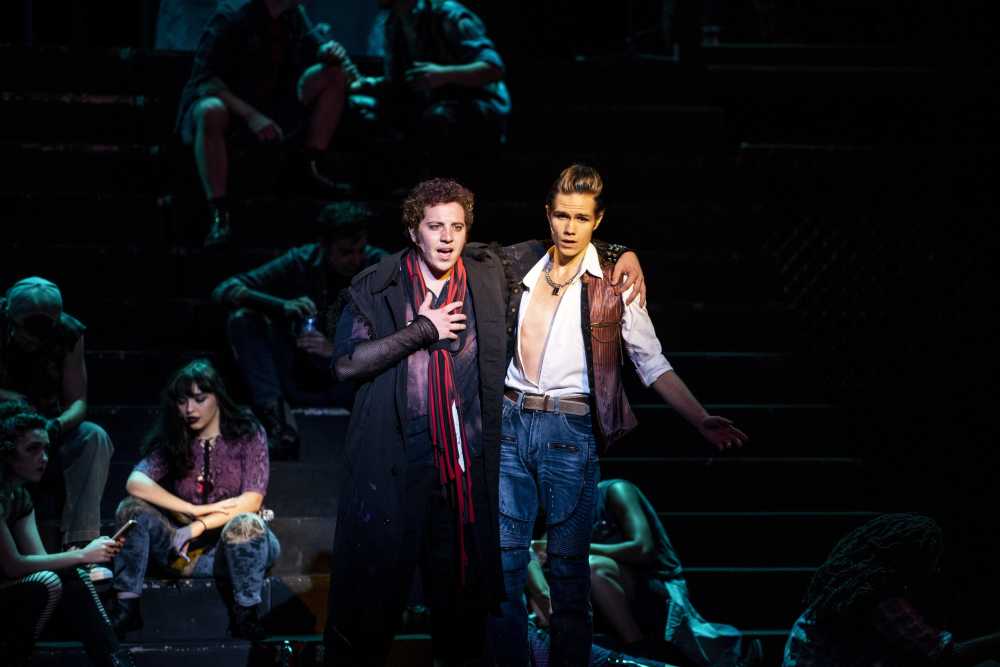 I shared my column this week in advance with Michael McIntosh, the talented university professor who directed "Jesus Christ Superstar" on the River Campus. As explained in an email to him, "I just have a lot of respect for you and everyone at the River Campus. And, I prefer to stop in on folks if I'm writing about something negative -- particularly, to understand if I'm missing or haven't considered something pertinent.

"Attached is a column I'm planning for Wednesday. I finally was able to see the performance Sunday. You did a masterful job in leading the students, and they were incredible. I just had my own perspective on some of the content/decisions.

"I don't know if you would like to respond in a guest column, but you'd be welcome to."

After my original column is Michael's response. I appreciate him sending it through.

A brief follow-up: I wrote last week's column before seeing the Southeast Missouri State University production of Jesus Christ Superstar. As stated then, I grew up with the soundtrack and have enjoyed a few different productions of the musical. The version at the River Campus was a masterful creation that perverted the musical in unfortunate ways. The talent of the students was incredible. From the acting to the singing and dancing, they nailed the vision of the director. Kudos to the performers: a tour-de-force! Unfortunately, the director was more interested in creating a glam-grunge rock show soaked in hard drugs, alcohol, gender benders and sexual eroticism than a production with a scintilla of respect for a religion held by many. If the department wanted to produce "The Rocky Horror Picture Show," then it should have.

Art about historical figures -- especially revered ones -- is fraught with risk. A certain level of fairness is honorable. Turning Christ into a brawling, wine-swilling Christmas tree makes a mockery of much held sacred. Art is well to provoke thought, but too much art today seems more about spectacle, outrage, sexual liberty or shock. The thing is: all these characteristics are simple-minded. They're lowbrow -- more for effect than meaning.

I will not delve into more specifics -- many of those who attended need not be reminded; moreover, the matter won't summarize kindly -- but the production was a showpiece for student talent, and a disappointment in directorial judgment.

Next time, I'll be sure to watch a university production before recommending it. Hopefully, the immense talent shown by all -- including the director Michael McIntosh -- will be put to a more noble pursuit. That could have been done with Jesus Christ Superstar. It wasn't.

Thanks for sending that. Like you wrote in your email, as someone who went to years of Lutheran school I thought about every point you make.

Here's where the show is coming from:

When I set out to direct Jesus Christ Superstar, I wanted to direct the story in Rice's libretto, not the Bible. The story of Superstar is a political one, not Biblical. It's a radical '70s piece -- written during the middle of Vietnam. Webber and Rice (and I) took all religion out of it -- which can be understandably unpopular to many. Rice presents us with a human picture of Christ as a political activist. And too often now, the show gets sanitized and made safe for today's audiences.

When you listen to the lyrics on the album or read the libretto, you see a rebellious story. As Tim Miller said of the recent St. Louis production "it is time to return the piece to its rebel roots and allow Rice's aggressive text to offend, stun, shock and disturb once again." Rice and Webber have said that the show works best as a "rock concert" and not pure "theatre."

Mocking religion is not the intent -- telling a story is. Would the Jesus Christ of the Bible hit Judas? Not a chance. Would Jesus the Superstar living in a rock concert world? Probably. Is the show for everybody? Definitely not.

I'd like to thank you for making a clear distinction between the work of the students and that of the director. Our students haven't had the opportunity to have many things written about their work in the media and conflating director's choice with student talent would be devastating to them. I'm an old guy; I can take it.

And speaking of the Conservatory students, I'm very proud of them. Superstar is a show that many universities are afraid to produce because of the heavy vocal demands. It's the most challenging show we've done yet. Our talented students raise the bar again with this demanding, demanding show.

As you said in your first column, "It promises to be a provocative show, but it's just a show. A musical. What you do with it -- how you grapple with the ideas, this unique perspective -- is up to you."

Thank you Michael for your response. The talent of the students -- and your ability to draw it from them -- remarkable. The singing: spectacular. The goal to offend, stun, shock and disturb: achieved. Maybe I'm in the minority, but I simply prefer art that ennobles -- the world could use more of that.