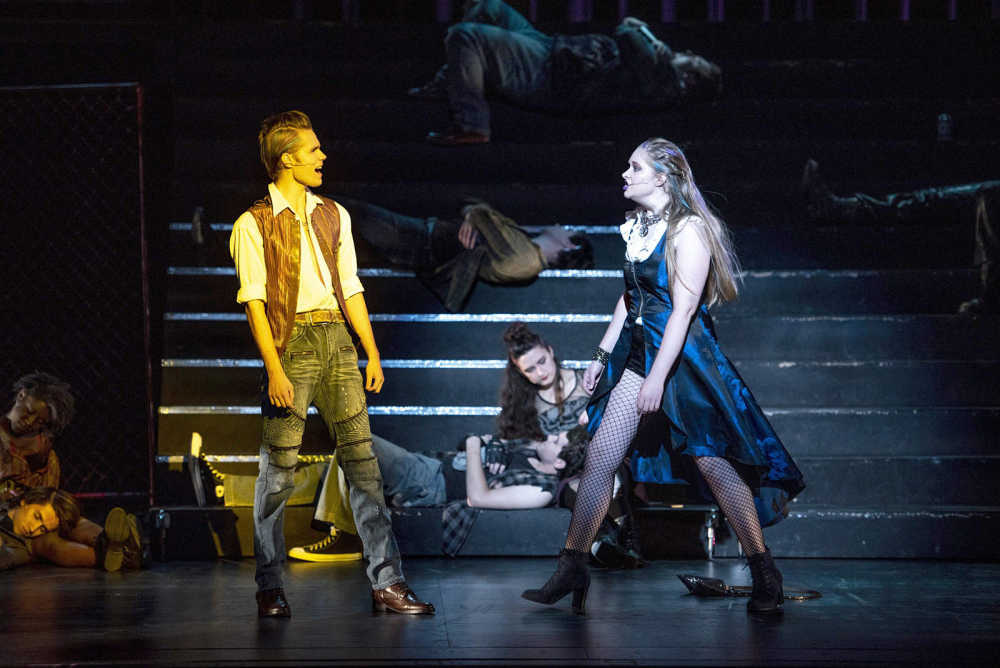 I've been listening to the "Jesus Christ Superstar" soundtrack my whole life. Written originally as a concept album, it is one of the original rock operas, forever changing musicals in America and around the world. It helped propel its creators, composer Andrew Lloyd Webber and lyricist Tim Rice, to the highest of heights. Together they also created the musicals "Evita" and "Joseph and the Amazing Technicolor Dreamcoat". Individually, Webber wrote the music for "Phantom of the Opera," "Cats", "Starlight Express", "School of Rock" and many other award-winning shows. Rice wrote the lyrics for the movie and Broadway productions of "The Lion King", "Beauty and the Beast", and "Aladdin", among many others. Both were knighted by Queen Elizabeth II.

Tonight through Sunday, "Jesus Christ Superstar" will be performed by Southeast Missouri State University students at the River Campus. It promises to be electric, inspiring, thought-provoking and touching.

The musical tells the story of the last days of Jesus Christ, largely through the eyes of Judas Iscariot, up until the crucifixion. It is not Biblically accurate -- although the people and situations will be familiar to all -- and in the early years the production faced its share of protest. For example, according to the book, "You've Got to Have a Dream: The Message of the Musical", the Rev. Billy Graham objected to the original production not including the Resurrection, but he also acknowledged: "The opera asks questions millions of young people are asking, such as 'Jesus Christ, are You who they say You are?' If the rock opera causes religious discussion and causes young people to search their Bibles, to that extent it may be beneficial," Graham said.

According to Alive Publishing, in 1971, Vatican Radio aired the concept album in its entirety, along with remarks from Webber, Rice and various Catholic leaders. "'Nothing like this has ever been broadcast on [Vatican Radio] until now,' announced a papal spokesman, 'but we feel that this is a work of considerable importance.'"

In 1973, the movie was filmed in Israel and a special screening presented to Pope Paul VI. According to Ted Neeley, the actor who played Jesus, the pope told him and the director, "Not only do I appreciate your beautiful rock opera film, I believe it will bring more people around the world to Christianity."

"Jesus Christ Superstar" has since been performed around the world in more than a dozen languages, and it has won numerous awards for its revivals on Broadway and in the West End of London. Just this March, it was adapted for live TV with R&B star John Legend in the lead role of Jesus. It won the 2018 Emmy Award for live varietal special. The musical has become a much-loved, and still provocative, popular standard.

It will be truly exciting to see the production at Southeast. Each year, the faculty and students raise the bar on their performances. Whether it's the vocal, the acting, the choreography, the dancing: the talent at Southeast since the beginning of the River Campus has crossed over from being very good at some to being outstanding in all of these requirements for stage success. In fact, a few years ago my wife Victoria and I enjoyed the Tony Award-winning production of "On the Town" on Broadway in New York only to return home and watch it with Southeast students at the River Campus. Southeast was (surprising to us at the time) hands-down better.

Michael McIntosh, who joined the Southeast faculty in 2014 after many years of success as a performer in New York, across the United States and in Europe, is the director. Jenna Lee Moore is musical director. Students Kamron Underwood plays Jesus; Noel Huntley is Mary; Judas is played by Nick Kuchem.

The River Campus website says "Not suitable for age 13 and under," which you should probably honor. But I'm pretty sure I was "under" when I originally watched the movie -- and it mesmerized and challenged me then.

The music is powerful, emotional and haunting. Parts of the story: anachronistic, challenging us today. At one point Judas asks, "Now why'd you choose such a backward time and such a strange land? If you'd come today, you could have reached a whole nation. Israel in 4 B.C. had no mass communication."

"Only want to know."

But one always wonders, even with TV and the internet, and even newspapers and so much more, would we all hear the message, even today?

Do we hear the message?

It promises to be a provocative show, but it's just a show. A musical. What you do with it -- how you grapple with the ideas, this unique perspective -- is up to you. Either way, I encourage you to go.