Too many people feel justified to behave badly 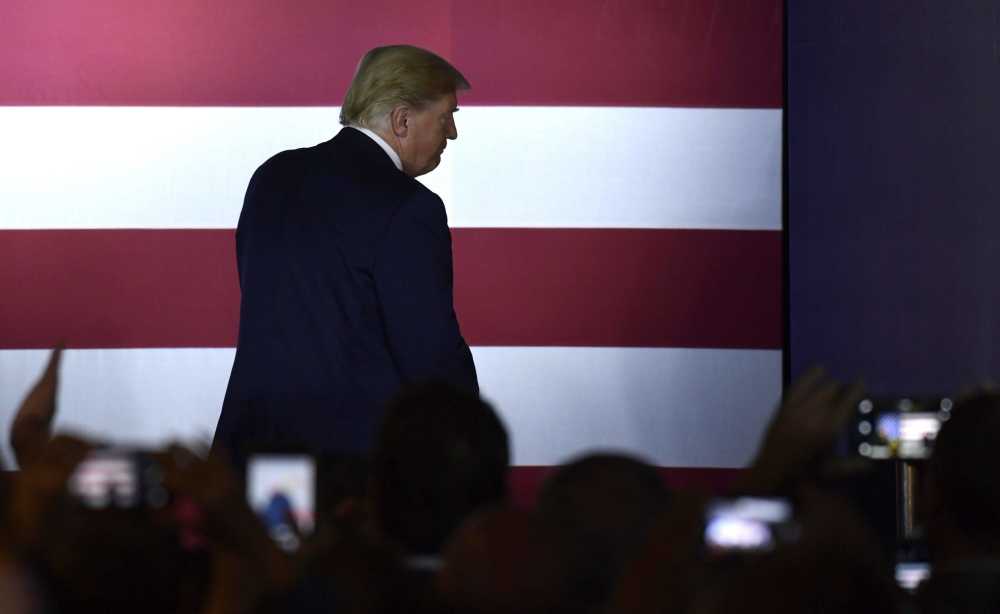 Below is the original column I wrote about President Trump's visit, now canceled because of the hurricane aimed at the East coast. I believe the president made the right decision. With so much at peril, his attention should not be on a political rally.

Since I wrote the column over the weekend, though, much has come to my attention surrounding the visit. For one, political operatives in opposition to Trump were encouraging people to request tickets and then not show up. According to the Daily Caller website and confirmed on Facebook, Cape Girardeau County Democrats were encouraging members to: "GEAR UP! Here is what is going to happen. RIGHT NOW go to: [Trump rally website] and get your two free tickets.... this will empty out the stadium."

The communication gave directions for making signs and gathering outside the event -- with more instructions to follow.

I totally understand why many people don't like -- even hate -- Trump. But the tactic of preventing those who want to see the president of the United States in person, perhaps to evaluate on their own without TV filters or simply to connect with history, is one of the things that's wrong with our hyper-partisan, the-ends-justify-the-means politics. Absolutely, protest his appearance peacefully. But denying tickets to those interested in seeing him, that's selfish.

It's also self-defeating. The likelihood of making a significant dent in the pro-Trump crowd in this area is slim. And, with general seating, and the ability for people to move towards the stage, it's not like the empty seats would be obvious on TV, which is presumably the image the operatives wanted to taint.

As for protesting, if the plan included going into the venue, one wonders whether the tactic wasn't more a plot from one of those Russian fake websites. Trump thrives on having protestors in his crowds so that he has a foil to rail against. And, if the goal was to jeer so much as to disrupt the actual speech, while that might make the protestors feel good, it's more likely to fire up the pro-Trump crowd -- not only at the event but to vote.

When you go to a movie, do you want people in the audience to start chanting in opposition to what's on screen? Of course not! Protest outside. Write letters to the editor. Encourage your friends and family to vote. There are a myriad of pro-democracy, respectful ways to engage in the political process. I know it's a way to express solidarity with others who agree with you -- to be tribal, which former President Obama recently warned against -- but it's ultimately destructive to our culture. Persuade; don't bully.

One treacherous way to persuade, though, is by offering extra credit to students to protest. That rumor grew so strong earlier this week that local university officials sought to address it in advance. Was it a misunderstanding that some students had about what their instructors told them? Perhaps. Faculty were encouraged to make their instructions clear, in writing, so misinterpretations or misrepresentations would not exist.

One of the problems with today's politics is that so many people feel justified to behave badly, because they believe the end justifies the means. They do and say things that they revile in those they disagree with, and yet, they excuse themselves because they have convinced themselves that the world will end without their action.

There is a way out of this mess. It starts with true tolerance. Not the phony kind, which demands others surrender to disruption and pressure. It includes humility, empathy and respect.

What good is it for someone to gain the whole world, yet forfeit their soul? We should all be careful in fighting against intolerance and injustice, not to become the very thing we oppose.

A President's visit is an honor; let's be hospitable

Editor's note: This column was originally scheduled to run before the president's visit was canceled.

This week Southeast Missouri welcomes the 45th president of the United States to Cape Girardeau. My prayer is that we are good hosts to him, his supporters, and to his opposition. Political visits by nature are fraught with tension, and today's hyper-partisan world is besieged by it. Meanwhile, as the mid-term elections approach in November, both Republicans and Democrats are working hard to gin up their base with attacks against the other: the more scandalous the better. None of this is new, although with social media and 24-hour cable news, it is more virulent.

President Donald Trump's bellicose tweets and punch-back style do not help the atmosphere. But then, neither does the hyperventilating of his opponents, many TV pundits and some beleaguered career officials, who relish playing to their particular audience -- or are vying for enhanced power or other personal gain. Especially in TV, drama sells. Doomsaying gains audience. Separating true scandal from manufactured scandal has become more difficult due to the lost credibility of all sides, including the media, especially the president. And professional protesters, often seeking to scandalize disagreement, further debase the environment.

And so, President Trump will arrive Thursday night. He will be the fourth sitting president to visit Cape Girardeau, and the first since Bill Clinton in 1996. Ronald Reagan spoke at the Show Me Center in 1988. Howard Taft arrived by riverboat in 1909 and delivered his speech next to what is now Port Cape Girardeau, facing the courthouse steps. Taft was accompanied by 177 members of Congress. Some level of tension accompanied them all, along with pageantry and excitement.

For a president of the United States to visit a small town is a big deal. No matter what your view of Trump, and he remains intensely popular here, it is a historic event. If he is true to form, he will denounce many, praise some and congratulate himself, and his remarks will become soundbites for political campaigns. There will be some protests. And there will be much cheering.

We can't control how outsiders act within our community or how outsiders will portray us. But we can do our best to be hospitable. Help us greet visitors with the best of spirit, and no matter your position, be kind to strangers and enjoy yourself. And remember, we are all Americans, most of us patriotic, though in different ways.

Working together, respectfully, and listening to each other, compassionately, are what ultimately make us great.

View 21 comments or respond
Community discussion is important, and we encourage you to participate as a reader and commenter. Click here to see our Guidelines. We also encourage registered users to let us know if they see something inappropriate on our site. You can do that by clicking "Report Comment" below. Our goal is to create a place for robust and civil discourse about our community, state and nation.