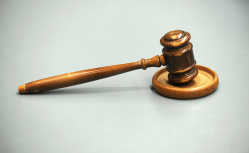 Today the Southeast Missourian announces a DRAFT of a new policy regarding misdemeanor crimes reported in the newspaper. For the next two weeks (until August 8) we will take comments on the changes. News management, publisher and assistant publisher will review the comments before finalizing policy.

The new policy seeks to strike a balance between the Southeast Missourian keeping the public informed and recognizing, sympathetically, that in today’s world of instant digital search, long-past minor indiscretions can play a disproportionate role in a person’s online identity.

To understand the draft, it is important to understand the concept of “delisting” stories. Delisting will not remove a story from the Southeast Missourian archives – in print, microfilm or digital. The story will still be searchable through these channels. However, the story would be “delisted” from access to Google, Bing, Yahoo and other search engines so that these search engines will no longer serve the story when queried.

For example: A person is arrested on a misdemeanor, which is reported in the local crime report. Later, a search of the person’s name in Google results in the search engine serving the Southeast Missourian story about the person being arrested. Over the years, if the person does not do much that creates more online activity – or if the misdemeanor information is the most “popular” of the search results as deemed by search engine algorithms – the crime story may remain at the top of search results regarding that person for a long time, maybe “permanently.” Under the new policy, after six years search engines would no longer have access to the crime report in the Southeast Missourian. Thus, a search for that person in Google would not surface the original story.

Here are a few reasons why we are looking at the new policy.

One aspect of the policy governs the daily crime report. Included in these reports are arrests that may never lead to convictions. We believe that the public has a right to understand police activity, community complaints and arrests, but it is not fair to keep these listed indefinitely for online search, particularly because some or all of the charges may be dropped. In the new policy, after six years, crime reports would be delisted.

In contrast to the automatic delisting of crime reports, which are exclusively generated by law enforcement, stories written by our reporters about cases that result in misdemeanor convictions would only be delisted after six years following a specific request as outlined in the policy. No stories concerning felony convictions would be delisted. However, cases that started with felony charges but ended in misdemeanors or not-guilty judgments could be.

We believe it is important that the public understands who their neighbors are – and what is taking place in their community. At the same time, in the same way that we believe bankruptcy laws are important in America because they give individuals an opportunity for a second chance after personal financial failure, we believe that it may not be healthy for everything in a person’s past to be so easily and immediately findable, universally, through an online search.

To be clear, this new policy would not remove the newspaper’s record of previous infractions. As already stated, these stories and crime reports would be available through print archives; microfilm at the newspaper and various libraries; and on semissourian.com. But each of these channels is much less universal – and regarding print, less searchable – than the major search engines. This maintains the newspaper as “the first draft of local history” while balancing an individual’s opportunity to move on with their life.

Informing our perspective on these issues are laws in Europe regarding “the right to be forgotten.” I won’t delve into this matter here. But I encourage you to search this term and read on your own about its philosophical and legal complexity. Such a “right” does not align with the U.S. Constitution and the American legal framework, and we would argue against it as fiat from government (in our view, unconstitutional). But we think that media can and should establish their own rules to address some of the modern challenges that have come to life through technology. With this new policy, we are attempting to do that. Your comments and perspectives are welcomed.

Mail your comments to Southeast Missourian, c/o Draft Policy, P.O. Box 699, Cape Girardeau, MO 63702 or email: policy@semissourian.com. Or, if online, make your comments directly under this column or under the draft policy itself. We will review all. Thank you.

Jon K. Rust is publisher of the Southeast Missourian