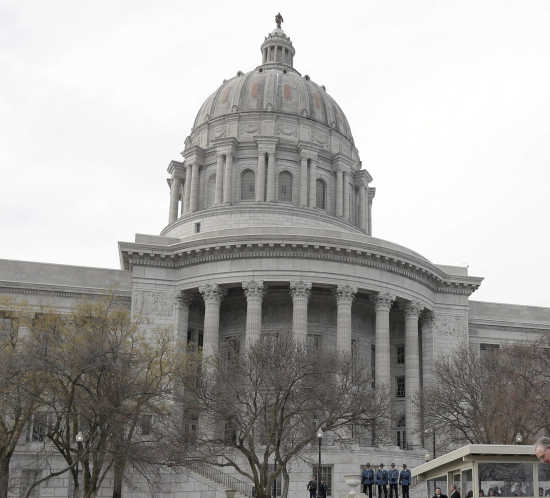 How blistering fast is the modern news cycle? Can you believe: It was only Friday that Gov. Eric Greitens signed his resignation letter and departed Missouri government. How quickly headlines move on. After months of scandal, the state is yearning for a break. Headlines quickly changed from the former governor's sordid sex life to lamentations about the scourge of dark money to bipartisan praise of the new governor, Mike Parson. In the midst of this whirlwind, the former governor and the new one signed dozens of bills, underlining that while distractions were huge during the past legislative session, important business was done. Kudos to the legislators who kept their heads and slogged through the business of the state with the intentions of improving Missouri! (Whether they achieved positive change in fact depends upon your view of the issues, but legislators certainly weren't idle.)

For those who follow state politics, a handy online destination is johncombest.com, a political blog that provides links to government news of the day from across the state, including this newspaper. The blog also frequently includes links to major publications like The New York Times, Washington Post, USA Today and Wall Street Journal, when they cover political news related to Missouri. For example, on Monday, a link to The New York Times led to the story, "Senate Republicans Are Newly Hopeful About the Midterms. For Good Reason," which featured a photo of Missouri Attorney General Josh Hawley and included an assessment of Greitens' resignation on the U.S. senate race between Hawley and incumbent Claire McCaskill.

I did a quick analysis of the stories on johncombest.com between Wednesday, May 30 and Monday, June 4. Several waves became obvious, starting with the news about Greitens' announced plans to resign. Dozens of stories, in different newspapers, sought to explain the reasons for the resignation while reporting on Greitens' specific words. Then came the reactions, followed by a focus on "dark money", a leveling of unvarnished criticism of Greitens, then introductions and praise of Parson. Mixed in were editorial criticisms of St. Louis prosecuting attorney Kim Gardner for bungling much that she touched, alienating people on almost all sides of the Greitens' affair -- along with impact analyses on the U.S. Senate race and the murky path to naming a new lieutenant governor.

If there were a common message in most of the editorials and opinion columns, it was that Gov. Greitens was the cause of his own demise, a highly flawed individual who cut ethical corners regularly, and the state is better for his departure. I couldn't agree more.

In literature, a storyline often turns on a character's moral flaw, and "hubris" has felled many who thought themselves to be great and entitled -- even to the point of justifying to themselves lying and dissembling. Eric Greitens provides a real-life example. My heart goes out to his wife and children. But it is relieved for the state. Meanwhile, the headlines move on.

At the Cape Chamber's First Friday coffee, state Rep. Kathy Swan did her usual thorough job reporting on legislation passed by the General Assembly. Her presentation is a public service, because it also provides an important primer about the state's overall budget. For Fiscal Year 2019, the total state budget is $29.6 billion. Only a third of that amount, though, is at the discretion of state legislators to spend. The rest is allocated by the federal government or state rules.

As Swan presented, for each dollar spent by Missouri government, 31 cents goes to social services, 21 cents to K12 education, 9 cents to transportation, 8 cents to mental health, just over 4 cents to health and senior services, and just a bit below that to higher education. These categories alone represent nearly three-quarters of the state's spending.

During the just competed session, 2,349 bills were filed, 149 were "totally passed and finally agreed" by the House and Senate. Among the accomplishments were cuts in the individual income and corporate tax rates; and legislation to assist with the modernization of the electric grid and rural broadband development. New funding for 911 emergency communications was finally addressed. Prevailing wage was modified. Many K12 education issues were tackled, and the foundation formula was fully funded. In public safety, new laws to criminalize "revenge porn" were passed, while the marriage age was raised. "Safe at Home" protections were strengthened. A motor fuel tax was placed on the November ballot, and industrial hemp was legalized for growing under certain conditions. These are just some of the highlights.

In the end, nearly twice as many bills were passed compared to the previous session. That's a big credit to Speaker Todd Richardson and Speaker Pro Tem Elijah Haahr and senate leaders Ron Richard, president pro tem, and Mike Kehoe, majority leader. Swan deserves her own praise for calling upon the governor's resignation early while shepherding many bills personally through the process.

Perhaps you think this list of accomplishments is boring. But isn't it great to get back to budget numbers and policy decisions rather than the other stuff the state's faced the past few months? Maybe the news won't be as breathless going forward. But that's a good thing.