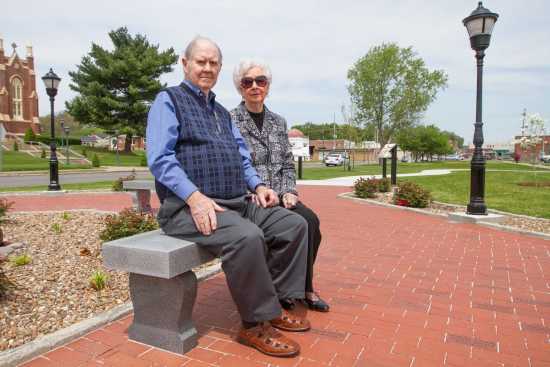 A search for "Melvin Gateley" in the Southeast Missourian's internal digital archives, which go back to 1990, results in 740 stories. That's a lot. Melvin Gateley was a man who represented the best of community service, whether through his occupation (37 years in public education) or through his volunteer work, including as leader of the city's Vision 2000 and 2020 committees, on the city council for eight years, through active roles on many civic organizations, and as planter of thousands of rose bushes around town. Gateley died Monday.

I will always fondly remember him as my principal at L.J. Shultz Middle School, a memory no doubt shared by thousands of Cape Girardeans (he was principal there for 21 years). During that time, seventh grade was when students from all the public elementary schools came together into one building. Gateley was the sprightly, nervous-energy principal, who cared passionately that all was in order and harmonious.

I was Schultz School student body president in 1980 and actively involved in clubs and events, which meant more than a few meetings with him. One time he reprimanded me, because students were selling popcorn in decorative tins (30 sold qualified for some sort of reward) and I turned in my order sheet complete with money paid in advance. That conflicted with his plan that money wasn't to be collected until the tins were delivered. Agitated, he made me promise that I'd deliver the popcorn when it arrived to all those who paid, as he didn't want failure to do so to besmirch the school's name -- or his own. Honesty, integrity and reputation were of utmost importance to him. This episode also served as a lesson to me about the stresses and responsibility of being in charge, something it was clear he felt keenly.

Over the years, I reported on him when he was a councilman -- and during a time when he was a vocal opponent against casino gambling. He ran for mayor. And, I helped a couple times with planting rose bushes. All together, he planted more than 4,000 roses and 50,000 bulbs to beautify the community. There is a charming memorial rose garden dedicated to him and his efforts, located in front of the Red House in downtown Cape Girardeau.

Gateley had an amazing amount of energy, which he channeled toward making life better in Cape Girardeau. In 2005, he was recognized with the Southeast Missourian Spirit of America Award, which honors local heroes for their service and patriotism.

If Gateley were ever disappointed that he wasn't elected mayor, he never showed it. Instead, he kept volunteering, with the Boy Scouts, Breakfast Optimist Club, Easter Seal Society, SEMO Alliance for Disability Independence, Teen Challenge, American Heart Association, United Way and many more worthwhile causes. Rest in peace, Mr. Gateley.