Life Without: Chapter 5, the fallout

By Ben Kleine ~ Southeast Missourian
Jennett McCaster, David Robinson's mother, along with supporters, make a stop in the parking lot of the Sikeston Department of Public Safety on Saturday, Nov. 5, 2016 during the David Robinson Freedom March. (LAURA SIMON ~ lsimon@semissourian.com )

This project made possible by the support of Southeast Missouri State University. Among its award-winning departments are Criminal Justice and Sociology, Mass Media and Social Work.

The following story is one installment of an investigative series of the questionable conviction of David Robinson, who is accused of shooting Sheila Box in 2000. Please read all our other related stories and view our video series at www.semissourian.com/lifewithout.

Nobody involved knew much about Sheila Box.

David Robinson says he never had heard her name until he was charged with her murder.

Albert Baker testified he had seen her buy crack with two children in a Suburban on July 4, 2000 -- a month before her killing -- but did not know her name.

There was no indication in Romanze Mosby's confession, testimony or the testimony of others that Mosby knew who she was, other than a woman who drove up to Ruth Street to buy crack that night, before he shot her in the chest. 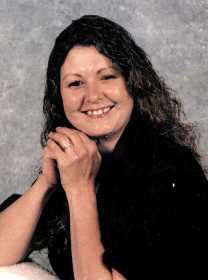 All things considered, Box was not discussed much at Robinson's trial. Prosecutor Elizabeth Bock said Box's name seven times during her closing statement, but did not try to generate sympathy for the victim.

When she questioned jurors, Bock said Box had lived in Sikeston, Missouri, for two years.

Her father, Manly Avery, lived in Sikeston at the time before moving to Georgia. Box had two daughters, Crystal, 18, and Melissa, 17.

"She was a certified nurse's aide," Bock said. "She liked to camp and fish."

In pretrial motions, Bock and Robinson's public defender, Chris Davis, discussed a toxicology report disclosing Box had drugs in her system when she was shot. It did not clarify what kind of drugs they were.

Server Janeen Britt testified she saw Box and her fiance, L.A. Thompson, on Aug. 5 at Cheers Bar. They were regulars, and they were at the restaurant when Britt arrived at 5:30 p.m.

She said Box had only two or three alcoholic drinks. She remembered Box leaving the bar to take one of the other regulars home, returning to Cheers and going on a Taco Bell run, but she couldn't remember what time Box left.

Debra Patterson was a cook at Cheers and testified Box was there with Thompson. She remembers Box was at the bar at 10 p.m. when she said hello to her brother after the kitchen closed but was gone when Patterson left the kitchen at 10:30 p.m.

Thompson testified Box was his fiancee and worked with him at Driftwood Bar and Grill as his operating manager.

He said Aug. 5 was his night to "howl," and Box was supposed to be his designated driver.

Box was in and out of Cheers that night in preparation for her mother's gallbladder surgery, Thompson said.

She had about $300 in the car in large bills, accumulated over the week.

Thompson said she called him from a pay phone to ask whether he wanted anything.

He said Box was a recovering addict.

Public-safety officer Brad Burch went to the scene when Box crashed the Suburban into the fence at The Tradewinds flea market on Malone Avenue just east of Branum Avenue. He testified her foot was still on the gas and the engine was running when he arrived, and a loaded .38-caliber pistol was found in her lap.

Box had been married to Ernie King in Kingfisher, Oklahoma, before she moved to Sikeston. He is the father of Crystal and Melissa.

Robinson sent a letter to King before the trial. King replied.

"Sheila's sister tells me at the preliminary hearing you turned and told her you were innocent and that you were being set up. If you are being framed and you can write me and give me any information as to why, who, where, when, or what you are being set up, I will do my very best on the outside to help you legally," King wrote. "I will research and investigate to see if you are truthful. I have reason to believe you may be innocent. I seek only the truth about what happened to Sheila that night. I was married to her for 13 years, and I have two beautiful daughters with her ... I know you don't trust the system there. I will be at your trial along with my girls. If I help you and you lie, all correspondence will stop. I can be your best friend if you are indeed innocent. If not, may God punish you justly."

Robinson says Box's sister accompanied his mother to the hospital when she fainted after hearing the verdict. He was worried at the time, but he said Box's family believes in him now. 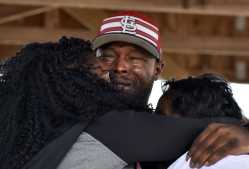 Others involved in the case also appear to be touched by shame, grief or sadness.

Romanze Mosby hanged himself in an attempt to escape retribution and guilt, according to his stepfather, Kelvin Howard.

Mosby's death affected his mother, who died of cancer two years later, and his stepfather, who carried the burden of being the last person he told about shooting Box.

Thompson, Box's fiance, hanged himself while in custody at the Cape Girardeau city jail.

Albert Baker said his wife left him after Robinson's trial. He said he believes some type of higher power has taken part of his eyesight and afflicted him with other health problems.

He faces prosecution for perjury, if the state decides to pursue it, and could spend the rest of his life in prison if convicted.

Robinson himself spent 16 of his prime locked up for a crime he says he didn't commit.

His older son, Chris Jackson, is the same age Robinson was when he was convicted. They briefly served time together in Scott County Jail, and Robinson tried to persuade Jackson to not go down the same road as he had.

Jackson has children of his own.

Robinson's family tries to see him in Jefferson City as much as possible, but he has missed a lot of time with his children and grandchildren.

"They ask about him," Jackson said. "I show them pictures of him. We pray every night. We just want justice to be served."

Natalia Lawrence planned to marry Robinson, but those plans were crushed with his conviction.

Robinson adopted Lawrence's daughter, Talkira, before the killing, and he tried to keep up with her the best he could. She's scheduled to graduate high school next spring and has been accepted to a college in Tennessee.

"He would lay down his life for her, I do believe. And her, the same. That's her daddy; you can't tell her nothing different," Lawrence said. "She couldn't do a lot of stuff. You know, father come to her basketball game, father-daughter dance ... she couldn't do a lot of that. ... It's been hurtful for her ... just knowing he's been taken away from her and how he was taken away from her."

Robinson's grandfather died while he was in prison.

"That destroyed me," Robinson says.

Jennett McCaster is the matriarch of the Robinson family, but she said she has not been in good health. She wants to see her son released while she's alive.

"I know if I leave him before he gets out, I know they'd have to kill my son up in there because he love me. He loves his momma," McCaster said. "He calls me every night. He calls to check on me, and he's trying to keep his spirits up. But the time they denied him, I thought I was fittin' to die. ... We just knew for sure David was getting out."

"Justice for who?" Robinson's brother, Reggie, shouted through a megaphone. 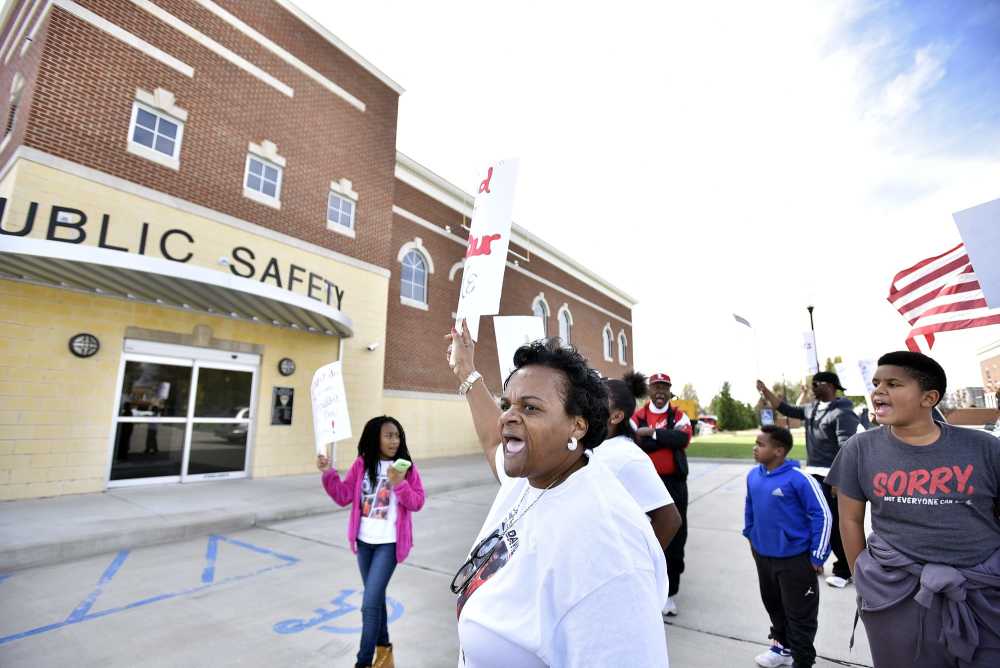 Betty Sharp chants along with fellow protestors outside the Sikeston Department of Public Safety on Saturday, Nov. 5, 2016 during the David Robinson Freedom March.
LAURA SIMON ~ lsimon@semissourian.com

"Justice for David," a crowd of about 50 of Robinson's family members and friends responded.

Robinson's family marched for him Nov. 5, starting at a park in west Sikeston before heading east on Malone Avenue, stopping for speeches from Reggie Robinson and others at the Sikeston Department of Public Safety and moving to the south part of town.

McCaster said when they sent pictures to Robinson in prison, they were not allowed to send him pictures of anyone wearing a shirt with his likeness. She does not understand this rule.

The last time she saw her son was September, when he was allowed a food visit, which inmates are granted every six months if they've demonstrated good behavior.

McCaster, Reggie and one of McCaster's grandsons went to Jefferson City.

They had to go through a metal detector before entering the prison. They weren't allowed to take pictures. Guards carefully checked dishes of Jambelghetti (jambalaya and pasta combination), greens, fish and sweet-potato pie for contraband.

She said Robinson's spirit was still high. He joked with her grandson about eating too much.

She still trusts in God her son will be released from prison. She said she feels he was denied by Judge Daniel Green because she did not trust in God enough.

"I feel pretty good in my spirit about this now," McCaster said. "I don't believe He'd be doing all this for David to stay there."

Robinson and McCaster thought he was coming home after that evidentiary hearing in 2015, however. They're hopeful now but still worry Robinson may be denied again.

Robinson's fate now resides with the highest court in Missouri.

Editor's note: This project made possible by the support of Southeast Missouri State University. Among its award-winning programs are Criminal Justice and Sociology, Mass Media and Social Work.