Life Without: Chapter 3, a second witness recants his testimony

This project made possible by the support of Southeast Missouri State University. Among its award-winning departments are Criminal Justice and Sociology, Mass Media and Social Work.

The following story is one installment of an investigative series of the questionable conviction of David Robinson, who is accused of shooting Sheila Box in 2000. Please read all our other related stories and view our video series at www.semissourian.com/lifewithout.

David Robinson's secondary education was supplemented with time behind bars.

One of the lessons of which he was aware was to be careful what you say and who you say it to in the Scott County Jail.

"I know how Scott County roll," Robinson says. "They like doing that jailhouse-informant thing."

Jailhouse informants had formed the main part of the case against Joshua Kezer less than a decade before Robinson awaited trial. 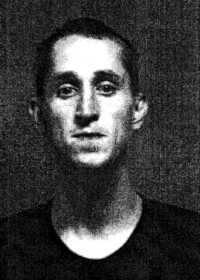 Kezer's conviction was overturned because of prosecution errors for failing to turn over evidence to the defense. A judge proclaimed actual innocence in that case, partly because witnesses recanted their testimony.

Richison was serving time for probation violation on burglary, stealing and forgery charges from 1998, he testified. He went to New Hampshire, where he also committed a burglary, according to his testimony.

He also testified he was on medication for schizophrenia. Richison later said in a deposition he was addicted to methamphetamine at the time, and he cut his wrists in an attempt to get out of jail.

Richison testified he and Robinson were in the same cell the September after Robinson was arrested on murder charges. He said he was in the cell for two or three days.

Richison testified he saw Robinson was talking to another inmate about the case.

"Over the period of time that you heard him talk about his case, what did you hear him say about the gun?" assistant attorney general Elizabeth Bock asked.

"I hear(d) him say that they won't ever find it," Richison said.

"I heard him say he was wearing, you know, a white outfit, he was talking about there was a wad of money. … He said I know there was $300, and I know he got a fat wad is what I heard."

"From who did he get the wad of money?" Bock asked.

"From some female he shot," Richison said.

Bock said in an evidentiary hearing in 2015 she believed Richison's testimony because they were in the same section of the jail.

"I didn't know Jason Richison from a can of paint," Robinson says.

He said Sikeston and Scott County officers, including detective John Blakeley, pressured him to testify in part by threatening to give Richison drug charges.

Richison said police wanted him to testify against Robinson, and he got the details of the case from police.

Assistant attorney general Katharine Dolin has argued in multiple responses to petitions that Richison was off his medication in 2004, and thus his recantation is not credible, while his original testimony is credible.

Blakely denied threatening Richison during his evidentiary hearing testimony in 2015.

Richison stood by his recantation and the pressure he received from police during an interview with the Southeast Missourian this summer.

"I thought he had gotten out," Richison said of Robinson. "He should have been out."

"Even if they were to change their mind again, and claim what they said originally was true, … I think it would seriously undermine their credibility," he said.

Richison's testimony was the first time a motive had been established in Sheila Box's death. He talked about Robinson taking $300 out of Box's vehicle. Box's fiance, L.A. Thompson, said Box had $300 with her in the car after leaving Cheers Bar, and it was not found at the crash.

When Robinson was arrested, he had $912. He said he had the money because he operated an ice cream truck with his cousin and worked in lawn care.

Editor's note: This project made possible by the support of Southeast Missouri State University. Among its award-winning programs are Criminal Justice and Sociology, Mass Media and Social Work.