The following story has been submitted by a user of semissourian.com. To submit your own story to the site, click here.
User-submitted story by Daughter of Harold Illers 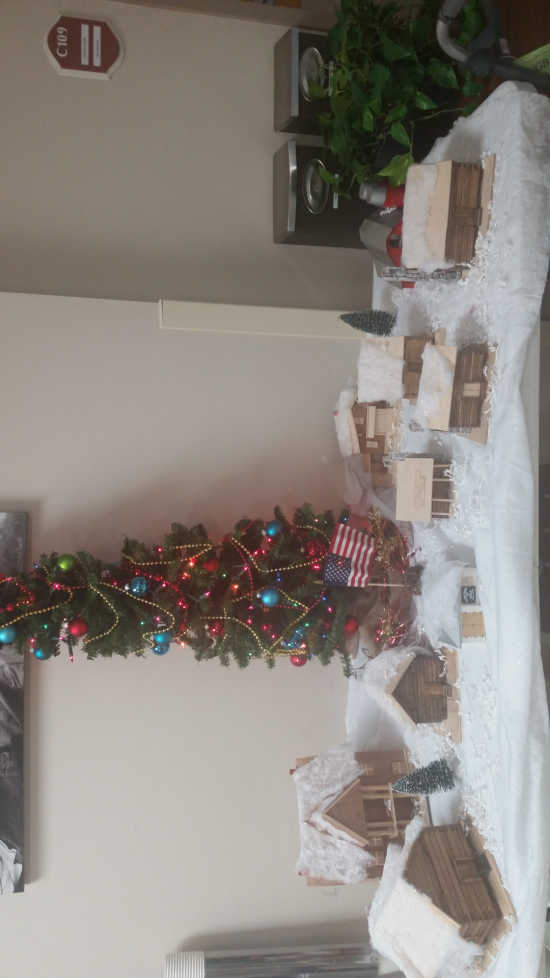 My dad, Harold Illers, is a veteran and currently resides at the Missouri Veteran's Home in Cape Girardeau. Over the years he has enjoyed a number of woodworking projects, but one of his favorites was constructing buildings that he was familiar with. He has made a number of these before he entered the Veteran's Home, such as Old McKendree Chapel, several other churches here in town and, last but not least, buildings from his father's dairy farm in Jackson, "Illers Dairy Farm," where he has made replicas of the barns and so on. Since entering the Veteran's Home with a little help from others, he has constructed the house he grew up in, the house his father grew up in and others. One of the nice girls at the Veteran's Home thought it would be a neat idea to make a Christmas Village, and she and my dad put together this awesome village. She is even going to the extent to add little people. What a nice thing to do, and it has made my dad so happy to share his creations with others. I think they both deserve a big hand!