Nursing in the service: Emalyn Fritzler recalls her time in the Cadet Nurse Corps 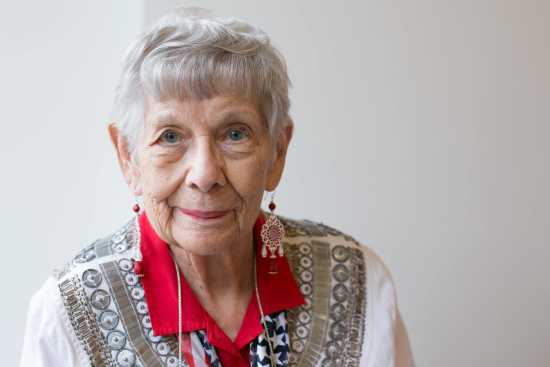 Emalyn Fritzler poses for a photo at the Southeast Missourian. (Glenn Landberg)

It will be 72 years this August since Emalyn Fritzler has been a high school student.

But she can still tell you the classes she took as a senior, the date of her graduation and what she was thinking throughout her final year. It was 1943, the fourth year of World War II, and Fritzler had decided to join the Cadet Nurse Corps. It was an opportunity for women to become nurses and receive a free nurses' education, along with food, housing and a monthly stipend. 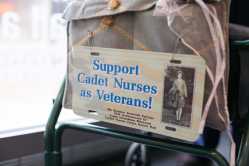 A sign hangs from Emalyn Fritzler's bag during a visit to the Southeast Missourian. (Glenn Landberg)

Earlier in her senior year, Fritzler had taken a course from the American Red Cross, where she received the encouragement she needed to attempt becoming a nurse. A friend suggested she enlist after graduation, and by that summer, she had moved from White, South Dakota, to Augustana College in Sioux Falls, South Dakota, to begin her training.

On her induction day, Fritzler remembers walking to Sioux Valley Hospital to pick up her uniform, and then walking even farther to be part of the Armistice Day Parade.

"I think that was the biggest thrill of my life to march in that parade," Fritzler says. "I remember that I went from my dormitory to the hospital, and I had to walk. I had no money, no transportation; somebody told me the way. I found the hospital, went to the nurses' bedroom and I got my uniform -- there it was laid out on the bed. I guess I got the right one, and anyway, I put it on, and then I had to walk downtown, which was a long ways. I ended up in the back line of the Cadet Nurses. I prayed an awful lot and found my way. And I was thrilled to death."

After working at a hospital in Omaha, Nebraska, Fritzler next worked with a dentist, Dr. Melcher, where she did lab work and was a receptionist. 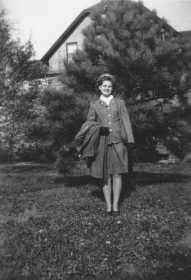 "I went for three months, and after that I went to Omaha, Nebraska, to work in surgery, and I worked there for six months," she recalls. "I did everything -- I was put on call, I scrubbed in on some 30 some operations, I helped with fractures and injuries from the packing houses and so forth."

On Aug. 6, 1945, Fritzler remembers listening to the radio at work and falling to her knees in prayer after hearing the war had ended. She got to leave work early that night, and instead of going home to celebrate, she went home and prayed.

"[I prayed for] the soldiers coming home. That they would come home safe, and that their injuries would be taken care of," she says.

Now, at 89 years old, it's amazing the clarity with which Fritzler recalls her past. She's recited it many times over the years: to friends, family and even in an autobiography she wrote about her life. While speaking, she often pauses, as if to gather the right collection of memories before speaking about them. However, when recalling most memorable part of the nurse cadets, she quickly answers, "Surgery."

"[I enjoyed] the whole bit, everything. It was a learning process while I was receiving the experience. To be put on call is a great honor, because they trust you to come in and circulate or scrub for an operation. I wasn't even 20 then," Fritzler says. 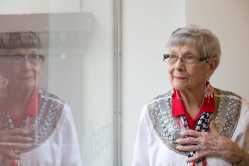 Emalyn Fritzler poses for a photo at the Southeast Missourian. (Glenn Landberg)

She recalls working with and learning from a good friend who was the anesthetist. She remembers working with patients and even hearing stories of doctors who threw their instruments at nurses, though she says that never happened to her.

After getting married, Fritzler and her husband, Ruben, raised their family in Kimball, Nebraska, and eventually she retired from working in a nursing home there. In the early 2000s, the Fritzlers moved to Cape Girardeau to be closer to family.

Fritzler still considers herself a Cadet Nurse, having never been discharged from service after the war ended. She says that, to her understanding, the Cadets disbanded between the hustle of the war ending and everyone going home.

However, she still is looking for answers. She and other Cadets have waited for decades to be recognized as veterans of World War II, but even if their request is denied, Fritzler says she still wishes she knew either way.

"I still feel I am with them, and I will be until I receive some recognition somehow -- politically, spiritually, however it might be," she says.