It is among the joys of international marriage that nearly every summer I visit my wife's family abroad. Her family is charming and full of love and support, which often manifests itself in ways we might think old fashioned.

Cherished are the lovingly cooked meals (everything is made from scratch, often with fresh vegetables from the garden and homemade cheese, pickles and fresh milk.), a delivery of fresh sand for little ones to play on, a homemade swing, freshly picked berries, trips to the river to swim, and the sharing of ice cream, among other simple joys.

Even those gifts less joyous are special, because they are necessary and done with kindness and a servant-heart: handwashing of clothes in an outdoor tub, the regular cleaning of the outhouse so everything is as neat as can be, and the list goes on.

Besides celebrating my wife's family, our goal is that our daughters spend at least a month in Russian-language immersion so they can learn to speak Russian as readily as English.

"It's so I can talk to Babushka Valya and Dedushka Vanya," says our now 5-year-old Yuliana, referring to her grandmother Valiantsina and great-grandfather Ivan. And she does, beautifully, with a native's pronunciation and a mastery of colloquialisms that a student of the language only dreams about.

Ivan Ryzhkov points out plants to his grandaughters then 4-year-old Yuliana and Ekaterina, 1, who are searching for fresh peas to eat during a recent family trip to Russia.

As is our tradition, my wife and the girls depart several weeks before me and then I join them for the last week or so to help in Grandfather's fields.

How my wife manages the trip there on her own with the two little ones mystifies me -- Katya is still a lap baby, which means she doesn't have her own seat during air travel and must be held the whole time. The journey each way is longer than 20 hours. But parents regularly endure worse for their children, and this trip is one Victoria looks forward to with great anticipation.

Traveling "home" for her means time with childhood friends, taking care of her parents and, not least, hearing her girls speak the language of her school years. Her hometown, Minsk, has a population close to two million. It is the capital of Belarus and a modern metropolis with gleaming new buildings, interesting museums and affordable ballet performances and children's shows.

A big city girl by birth, Victoria's heart resides in the Russian countryside, though, where she spent summers a 17-hour train ride from her parents, playing and helping and growing up at her grandparents, whose occupations have ranged from sheepherder, geese factory worker, apple farmer to collective farm workers. Now her grandfather, in his early 80s, is a subsistence farmer, growing every vegetable allowed by the climate and helping his children with bounty from his field.

Some people might think a trip to Russia is a vacation. For us it always turns into more of an adventure than anything else. As an American traveling in places few Americans venture, I'm often detained for one reason or another. Each time, after usually losing several hours, I'm released with good wishes. This time was no exception, although in a curious twist, Victoria found herself under the same scrutiny, both of us guilty apparently of breaking a new law (or was it an old one, since different security agents told us conflicting stories?).

Soon after leaving Victoria's grandfather's home one scorching day to take a swim in the nearby river, a highly polished and imposing black sedan glided up to the front of the house, and two extremely fit men bounded out. This being an unusual sight, we turned around to inquire who they were.

"Where is the American?" one demanded. "We want to inspect his papers." Concerned initially that they were mafia, Victoria shot back, "And I want to inspect your papers."

They showed them to us. They were official -- from an elite branch of the Russian security apparatus. Upon seeing my papers, they asserted I was there illegally and in trouble. It was at this time that I wondered if being in a remote part of Russia during the week of a spy exchange between America and Russia was an unfortunate bit of bad timing.

Turns out, though, that there is a law that requires foreigners who are staying in a border zone to have obtained an additional and special set of documents. We were only kilometers from the Ukrainian border. The law applied not only to me, but to my wife, who is a citizen of Belarus -- which, by the way, was having its own tension with Russia that week as threats were being made between the two countries over oil pipelines and gas discounts. The fact we'd never been asked about these papers before -- or that I'd never been told about needing them while attaining numerous visas over the years through the Russian embassy -- did make the situation a bit more perplexing

The alarm rose when one of the men asked if I were a journalist and what did I plan to write about? Considering we had not told them anything about us -- or told anyone where we were staying -- the question underlined they had other sources of information. The initial conversation was followed the next day by a lengthy interrogation at border security headquarters where, ominously, our passports were taken with the cryptic remark that after 15 days we might get them back.

LEFT: Victoria Vygodskaia Rust gives her grandfather a hug beofore departing for the United States. BOTTOM LEFT: Jon K. Rust greets his daughters, Ekaterina and Yuliana, upon arriving in Russia after not seeing them for a month. (ABOVE: Ekaterina, 1, helps feed the chickens at her great-grandfather's home in Tavolzhanka, Russia.)

In the end, the officials were all professional. Part of their job is to intimidate, and they did that well. But they also recognized that we were not engaged in anything illicit and that all our other papers were in order. We were left with a warning for the future, and after a couple of hours, we received our passports back and were escorted out.

Visiting family always contains a bittersweet element especially because of the time between trips. We realize that each year marks a time closer to when some family members will not be around. Grandfather was spry as ever, but Victoria's mom struggled with her health while we were there. And this time, tragedy struck after we left. An aunt, who hosts us for dinner each year, lost her mother when she was caught inside a burning house. How do you send condolences for such a horrible event?

There is nothing more cherished than family, and both my wife and I have been blessed. In the end, the tensions of the trip will fade and what remains will be the bright glories: the laughter of children playing on sand piles, the leaps from tree limbs into the river, long walks through pine trees, pulling weeds around the corn and watermelon, chess and cards in the afternoon.

Jon K. Rust is publisher of the Southeast Missourian. He met his wife Victoria at La Croix Church in Cape Girardeau. He has a degree in Russian language from the University of North Carolina and studied at the Pushkin Institute in Moscow, Russia, and Odessa State University in Ukraine. 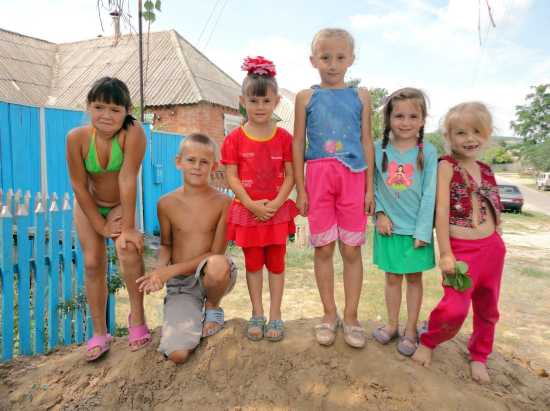 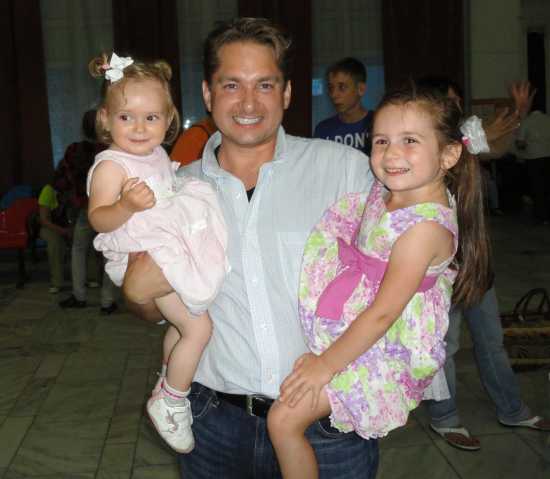