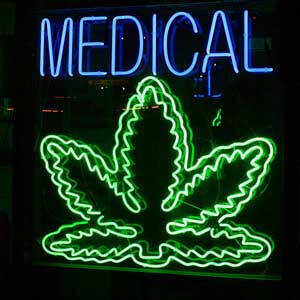 Rick Vandeven, Libertarian Party candidate for US Representative (MO-8), has been endorsed by Bob Camp of Cape Girardeau, a former Democrat candidate who received 67,760 votes in 2000 for the same office. Camp has cited Vandeven's support of medical marijuana as his reason for going public with the announcement.

"I am a 62 year old veteran trying to make a living as a performing musician. I suffer from rheumatoid arthritis which sometimes makes it difficult to play guitar. Thanks to the Veterans' Administration, I have access to a prescription medication, EMBREL, which has been extremely effective in attacking the root source of my arthritis, but I still have minor pain. I choose not to use alcohol or narcotics, and marijuana is the perfect non-addictive pain reliever for my condition. Rick Vandeven is the only candidate in the race who agrees with me on the issue of medical marijuana, and that is why I am endorsing his campaign. I encourage everyone who thinks that marijuana should be available to all sick people to vote for him also", said Bob Camp on Monday.

Rick Vandeven responded, "I welcome Bob Camp's endorsement, and I hope that together we can help shed some light on this misunderstood topic. Marijuana is all-natural, non-addicting, and has been medically proven to safely relieve pain, nausea, and stress. Marijuana is especially helpful to cancer patients suffering from the negative side effects of chemotherapy treatment. It is inhumane to deny sick people access to marijuana through laws which fine or imprison them for consuming a useful, inexpensive product. The only people benefitting from marijuana prohibition are the drug cartels, large pharmaceutical companies, the prison industrial complex, and the politicians reaping millions of dollars in contributions from Big Pharma to prevent the repeal of marijuana laws."

Medicinal marijuana consumption is legal in 17 states, and Washington DC. Arkansas residents will vote to legalize marijuana use for medical purposes in November. The federal government continues to prosecute medical marijuana patients. There are currently 2.5 million people incarcerated in the United States, the largest prison population in the world. It is estimated that 75% of the current prison population is jailed due to drug offense convictions. Over 55,000 people have been killed in Mexico as a result of the violence between drug cartels since 2006. 90 million Americans are using, or have used marijuana including our current and past two presidents. The pharmaceutical and health products industries spend $250 million annually lobbying the federal government.