The Pledge for Honest Candidates 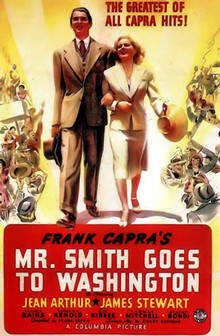 Despite the Pollyanna nomenclature, I have signed the "Pledge for Honest Candidates". The Pledge is distributed to candidates for public office by Writeindependent.org, an educational nonpartisan website that empowers people to engage and participate in American democracy by simplifying the candidate write-in process at the congressional, senatorial, and presidential levels of office.

The Pledge was easy for me to sign because my campaign does not accept donations. However, by reading the text of the Pledge it is apparent why I am the only candidate in this race that can possibly sign it...

I, the undersigned hereby pledge:

That neither I nor my associates will accept anything of value over $2,500 in any calendar year from any one person or entity to be used in an effort to secure the office which I seek, unless that entity also promotes or advertises for my competitors to an equal and equitable degree.

That all of my campaign efforts and funding are a matter of public record.

That neither I nor any of my associates will participate in anything that can be construed as a conflict of interest or insider trading while in federal office or during my lifetime.

That while in office and for five years after leaving office, neither I nor any of my associates will accept anything of value over $100 in any calendar year from any person or entity that can be construed a conflict of interest or may have compromised the integrity of my decisions.

That from this day forward, I will vote to give the responsibility to determine the boundaries of states' districts in the U.S. House of Representatives to an impartial group of citizens not running for office wherever a state requires redistricting to apportion the population accordingly.

That if it can be shown that I have violated any of the provisions of this pledge, I will have 30 consecutive calendar days in which to remedy the violation, or I will immediately be removed from office or face civil or criminal charges.

That within the first six months of my taking the oath of office, I will vote to pass legislation that contains the force and effect of the provisions in this pledge, and if re-elected, I will do the same again until such legislation becomes law."

Yeah, it's gimmicky, but no more so than bragging about an NRA endorsement or the two "Contracts With America". I think that it would be spectacular if some candidates from the duopoly parties signed the Pledge for Honest Candidates.