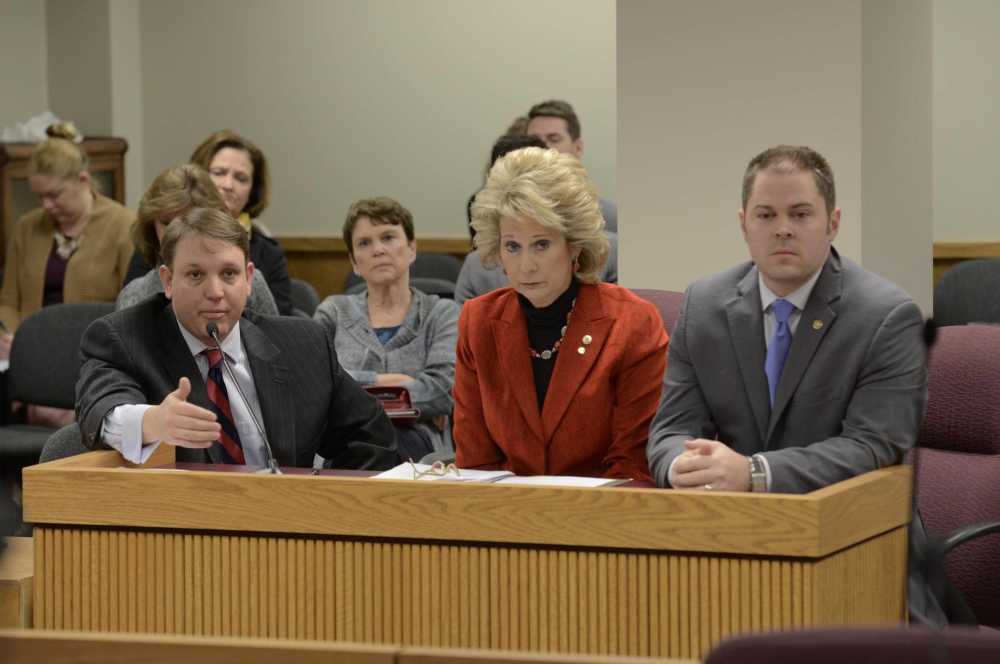 NEWS From the Office of Representative Kathryn Swan

JEFFERSON CITY, MO. -- The Missouri Civics Education Initiative, HBs 578, 574 & 584, was Third Read and Passed in the Missouri House last week with a bi-partisan vote of 131to 23. Rep. Kathryn Swan, (R-Cape Girardeau) sponsor of HB 578 noted that Missouri is one of the first states in the nation to consider legislation requiring high school graduates to pass a civics examination.

The successful bi-partisan effort included Rep. Elijah Haahr (R-Springfield), sponsor of HB 574 and Rep. Jeremy Lafaver (D-Kansas City), sponsor of HB 584. The three legislators presented the bill before the House Committee on Elementary and Secondary Education and joined in debate on the House floor.

Students entering the ninth grade after July 1, 2016 must take and receive a passing score on a basic civics test similar to the civics portion of the United States Naturalization test produced by the United States Citizenship and Immigration Services (USCIS). A passing grade must be received on the exam prior to receiving a high school diploma, a certificate of high school graduation, or a high school equivalency certificate.

Swan says, "We recognize that having a basic knowledge of American history, government and civics is a responsibility of good citizenship. Most importantly, we must understand our nation's past to protect our future."

The bill will be reported to the Senate. http://www.house.mo.gov/billsummary.aspx?bill=HB578&year=2015&code=R