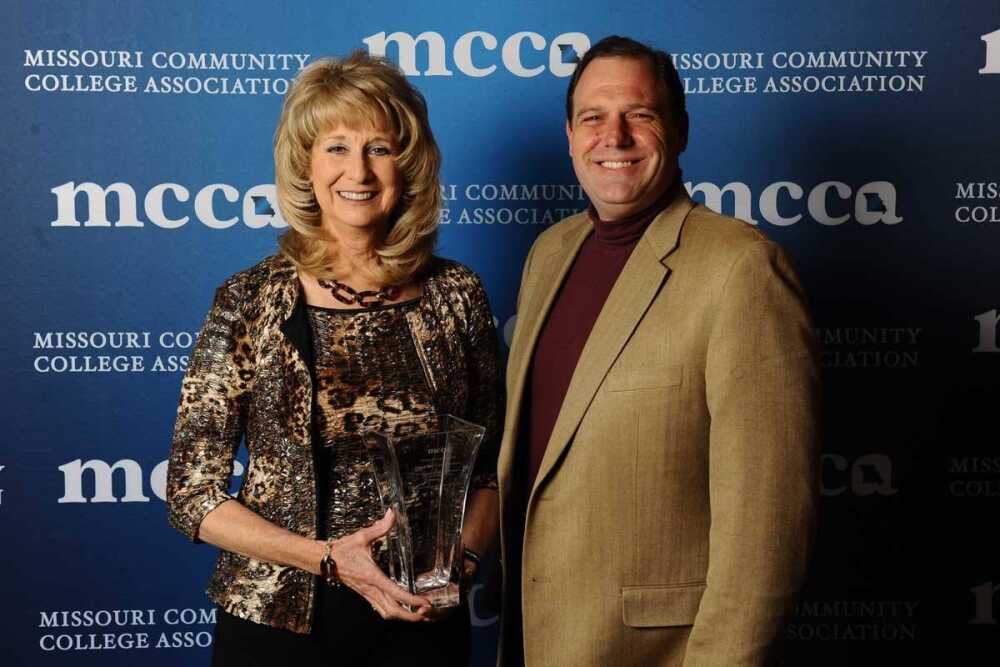 Branson, Missouri -- Friday, November 7. The Missouri Community College Association presented Rep. Kathy Swan (R-Cape Girardeau) with the association's Distinguished Legislator Award at a ceremony in Branson today. The award was given in recognition of Swan's strong support of Three Rivers College and of community colleges around the state.

Dr. Wes Payne, president of Three Rivers College, says that Swan is "an ardent advocate of education and has brought her experience as a member of the Coordinating Board for Higher Education to the halls of the Capitol in support of the goals of education." Payne adds, "Kathy has been a steadfast ally and is always willing to assist Three Rivers."

The Missouri Community College Association is a statewide organization through which Missouri's community colleges work together to advance common agendas. MCCA provides advocacy, education, information, and networking opportunities in service of the state's 5,700 community college faculty, staff, administrators, and trustees.