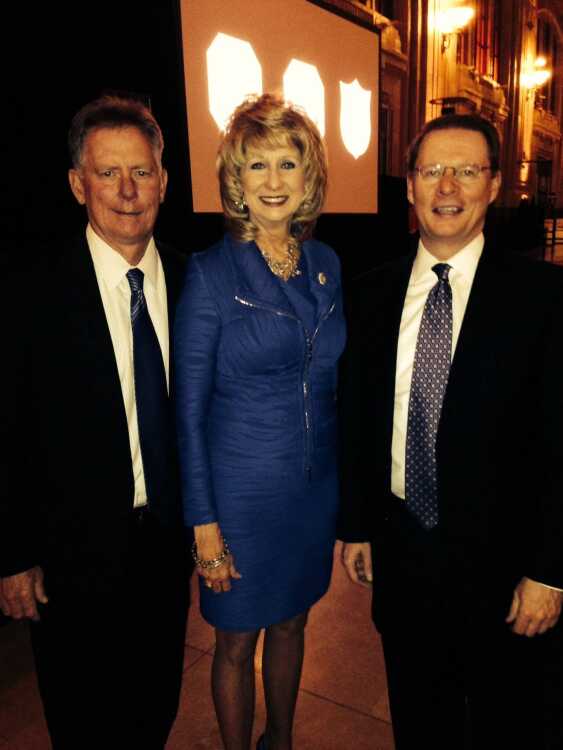 Pictured at Awards Dinner with Dan Mehan, President/CEO and Dirck Clark, Chairman of the Board.

NEWS From the Office of

JEFFERSON CITY, Mo. -- Rep. Kathryn Swan (R-Cape Girardeau) received a 2013 Freshman of the Year Legislative Award and 100% Club Award from the Missouri Chamber of Commerce & Industry at the Annual Awards Banquet held in Kansas City, MO. The first-term legislator from the Missouri House and Ryan Silvey (R-Kansas City) from the Missouri Senate were recognized for their prominent voices in their chambers and leaders on important issues in their first terms.