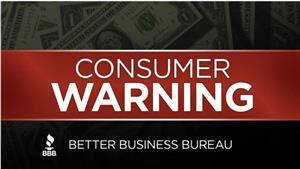 Online classified ads continue to be a popular way to buy and sell items of all kinds, from baby clothing to cars. Still, some deals on sites like Craigslist and Facebook Marketplace are too good to be true, opening up shoppers to disappointment or even danger. It’s important for consumers to research deals carefully and take some common-sense steps to protect themselves and their money when purchasing from classified sites.

Nationally, Better Business Bureau’s (BBB) Scam Tracker received more than 10,000 complaints in 2018 about online purchases. Of those, more than 2,600 originated on social media such as Facebook, and more than 800 reports named online classified sites like Craigslist as the means of contact. Online purchases ranked as 2018’s second-riskiest scam both nationally and in the St. Louis region.

Craigslist and Facebook Marketplace scams take many forms, but they often involve fake car or apartment advertisements. BBB St. Louis issued a warning in June 2018 about fraudulent vehicle shippers operating through online marketplaces; the fraudsters use a story such as a recent divorce, a death in the family or an impending military deployment to advertise a car for quick sale, claiming it is being stored by a third party that requires a bank-to-bank wire transfer before the car can be picked up. In reality, the car does not exist, and the money is lost.

Craigslist and Facebook Marketplace can be a great place to find deals, but as BBB Scam Tracker data and the occasional news story suggest, much can go wrong with these purchases.

BBB advises keeping these tips in mind when making a purchase on an online classified site: