Jackson: Home to the first impeached official in Missouri history 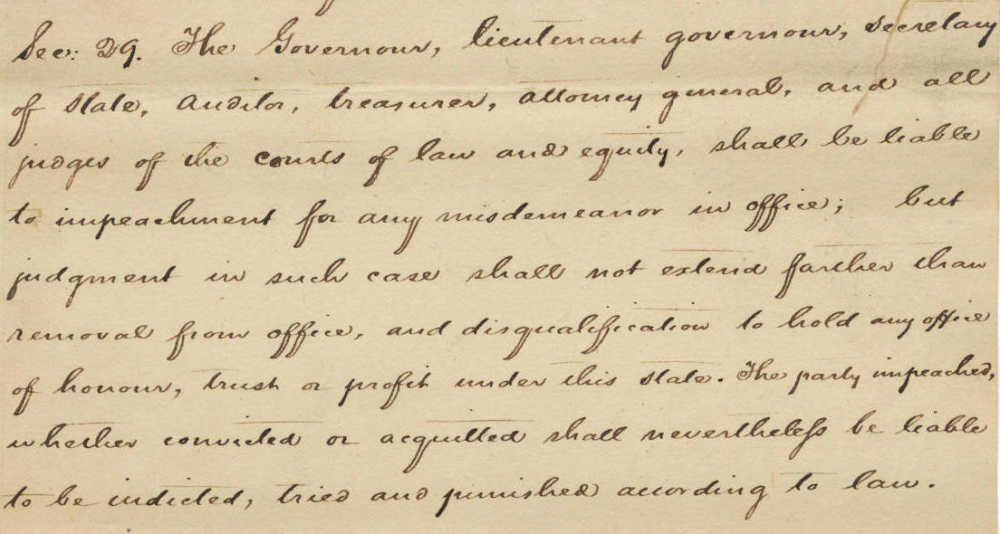 The section of the first Missouri constitution spelling out the process for impeaching state officeholders.

It's not the kind of thing that the city fathers would want to crow about, but Jackson does have a place in history as the home of Judge Richard Symmes Thomas, the first state official to be impeached and removed from office in Missouri.

The Thomas family featured several prominent lawyers and politicians who achieved greatness during the 1800s. Jackson ended up with the black sheep of the family.

Although perhaps that's too harsh. Judge Thomas does not appear to have been a criminal or scoundrel. Instead, he made an egregious mistake that provided his political enemies with the ammunition to orchestrate his downfall.

Our story begins circa 1810 when Thomas moved to Missouri to practice law. He was elected to the territorial house of representatives from Ste. Genevieve County in 1812. A few years later, he moved to the newly established town of Jackson when he was appointed as the circuit court judge for the southern part of the territory.

Jackson was a booming town during this period. Louis Houck, in A History of Missouri, described Jackson as "the great business and political center of the territory south of St. Louis."

Baptist missionary John Mason Peck visited Jackson in 1818, stopping at Thomas' house. Peck noted in his memoirs, "At evening I rode to Jackson, and preached at the house of Hon. Richard Thomas, where I was kindly and hospitably entertained. Mrs. Thomas and her daughters were members of Bethel church." 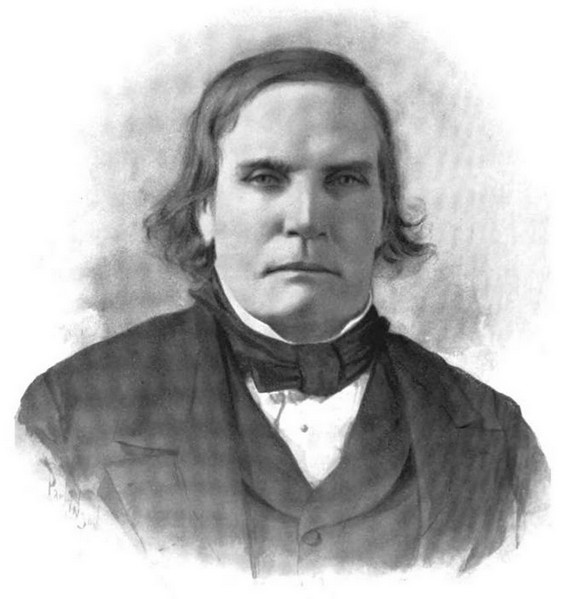 In 1820, Thomas was elected as one of five delegates from Cape Girardeau County to the state constitutional convention. Meeting in St. Louis, their mission was to draft a constitution that would be accepted by the U.S. Congress, allowing Missouri to become a state.

He would have been able to lean on his brother, Jesse Burgess Thomas, for advice. Jesse Thomas had presided over the Illinois state constitutional convention in 1818. Since then he had been elected to the U.S. Senate representing Illinois.

Indeed, Jesse Thomas had worked to make Missouri's statehood even possible. The issue of slavery had led to an impasse in Congress as northern interests were appalled that Missouri wanted to join as a slave state. According to standard history textbooks, it was Henry Clay who valiantly stepped in and forged the Missouri Compromise, allowing Missouri to enter as a slave state and Maine to enter as a free state, maintaining the balance of power. Furthermore, no other territories north of 36°30' in the Louisiana Purchase would be allowed to have slavery.

The textbooks gloss over an important detail: it was Senator Jesse Thomas who actually came up with the idea of the Missouri Compromise. The original document is even written in his hand. Henry Clay was able to wheel and deal to get it done, but he wouldn't have had anything to wheel and deal without Thomas. 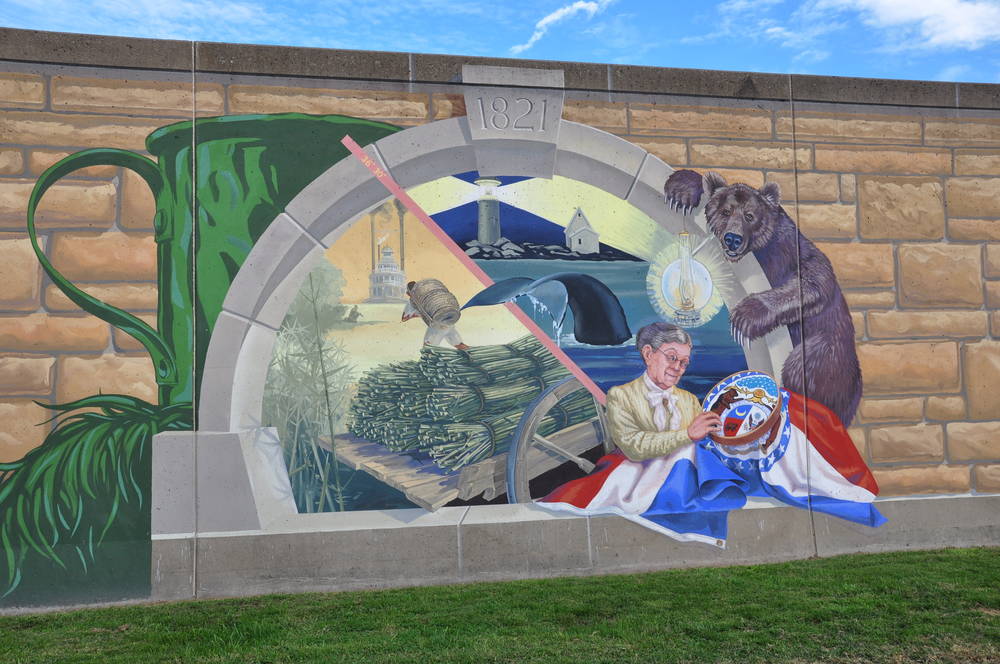 One of the downtown Cape Girardeau floodwall murals depicts the Missouri Compromise.

With the impasse finally settled, Missouri was able to proceed with its constitutional convention. At the beginning, Judge Richard Thomas put his name in the hat to be elected as presiding officer, but he finished a distant second in the voting. The winner, David Barton, would come to dominate the proceedings, and Thomas found himself increasingly in opposition.

Barton wanted to establish a single committee which would do most of the work in drafting the constitution. Thomas initially succeeded in convincing the delegates to instead establish four committees to draft respective portions of the new constitution. He was appointed as the chairman for the committee on the judiciary.

It seems that Barton wasn't keen on his power being diluated by these committees. He had the last laugh as he arranged so that the committee reports wouldn't be read to the whole convention. These reports would be funneled to a "select committee" that would pick and choose the portions to use (or not), and of course this committee was stacked with Barton loyalists. Thomas was shut out of the process.

The convention soon produced a constitution and submitted it to Congress. But approval from Congress reached an impasse over slavery again. The document included a provision requiring that the Missouri legislature pass a statute prohibiting free black people from coming to Missouri "under any pretext whatsoever."

Thomas had voted against this repugnant clause, perhaps realizing that it would cause big problems in Congress. Most convention delegates, however, were about as pro-slavery as possible, and so he probably didn't win many friends with his vote supporting free blacks.

Since the clause violated the U.S. Constitution, the statehood process was blocked by Congress. Henry Clay later brokered the "Second Missouri Compromise" in which the new Missouri legislature would pass a "solemn public act" stating its adherence to the U.S. Constitution, sidestepping the issue. After that was done, Missouri was finally admitted as a state on August 10, 1821 -- well over a year after its Maine counterpart had gained statehood.

Before that was accomplished, Missouri's government was left in limbo -- not a territory anymore, but not officially a state yet either. Missourians treated it as a de facto state while they sneered at Congress. As the wheels of the new state government started to turn, Thomas was appointed as the judge of the new Fourth Circuit, covering a large chunk of southern Missouri.

Judge Thomas faced immediate criticism in his new position. The constitution provided for a powerful judicial branch with generous salaries to match: $2,000 for circuit court judges, the same as the state governor. It seemed, to outside observers, that as the chairman of the Judiciary Committee, he had arranged to feather his own nest. In modern parlance, we would say that the "optics" were not good. This was only partially true. Thomas had pushed for a stronger judiciary, but he had voted against such outsized salaries.

The constitution was amended in 1822 to lower the salaries of circuit court judges as well as reducing the power of the judicial branch, and it seems this was aimed at Thomas.

He clearly had made enemies. And it's not a good idea, when the legislature is unhappy with you, to proceed to do something really stupid.

His stupid decision was to hire his son, Claiborne S. Thomas, as his court clerk. He tried to argue that the 1822 constitutional amendment vacated the position of the previous clerk, John Juden, Jr., and allowed him to appoint his son as a replacement.

The legislature didn't buy that argument and he was impeached in February 1825. The articles of impeachment stated that he "did, in his judicial capacity, conduct himself in a manner highly arbitrary, oppressive, and unjust, and against the known and established law of the land." 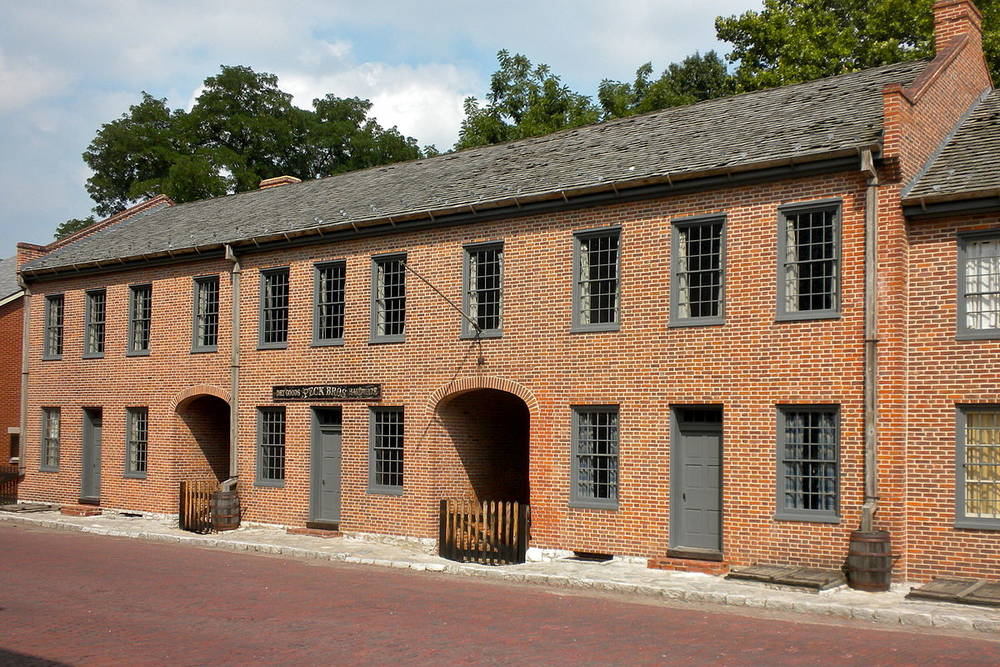 In addition to charges involving his son, Thomas was also accused of other improprieties. Robert Sidney Douglass, in History of Southeast Missouri, felt that most of the charges "seem to have been rather trivial in nature, and to reflect the hostility which he aroused, rather than to exhibit any grave errors in his conduct as a judge."

In May, he was found guilty on all charges and removed from office. Robert Wells of St. Charles, who had pursued the charges, was rewarded for his efforts with an appointment as Missouri's attorney general.

Thomas returned to his old career as a private attorney, remaining in Jackson, but he didn't live long past the impeachment. While traveling to attend court in Greenville, he fell off his horse near Jackson, and his injuries proved fatal. The location of his burial site is unknown.

His eldest son Claiborne, thwarted at becoming a court clark, ended up as an operator of a wool-carding machine in Jackson. Houck noted that Claiborne and his sister Sabrina "both became insane." On a more positive note, Houck added, "According to the recollections of those who knew them, the family were cultivated and accomplished." 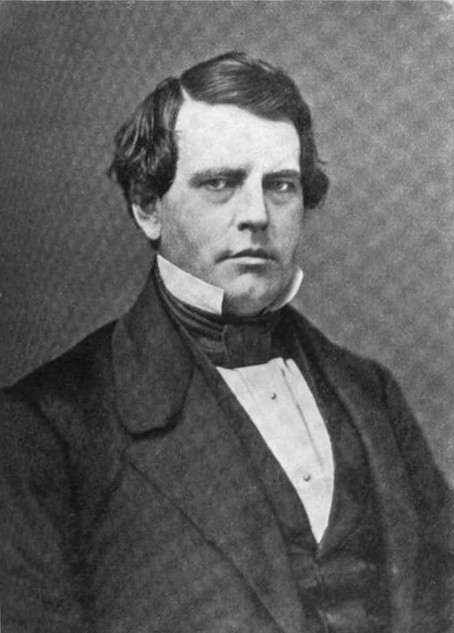 Richard Jr. also practiced law, although he bounced around various pursuits: county school commissioner, militia adjutant, state representative, railroad company president, newspaper publisher, and a member of the board of trustees of the University of Chicago.

It seems that the Thomas family did quite well despite the impeachment and untimely demise of Judge Richard S. Thomas, Sr. Although not the most glorious figure, he does represent an interesting chapter in the early history of Jackson.

Robert Sidney Douglass, History of Southeast Missouri: A Narrative Account of Its Historical Progress, Its People and Its Principal Interests (1912)

Matthew W. Hall, Dividing the Union: Jesse Burgess Thomas and the Making of the Missouri Compromise (2015)

Louis Houck, A History of Missouri: From the Earliest Explorations and Settlements Until the Admission of the State Into the Union (1908)

Lawrence Buckley Thomas, The Thomas Book: Giving the Genealogies of Sir Rhys Ap Thomas, K. G., the Thomas Family Descended from Him, and of Some Allied Families (1896)