Tour of the H&H Building project

Old Town Cape and Missouri Main Street Connection hosted a tour Thursday evening of the in-progress work to convert the H&H office building into a Courtyard By Marriott hotel.

When the hotel opens later this year, the intersection of Broadway and Fountain Street will feature successful historic preservation projects at every corner: the Marquette Hotel, Federal Building, Vasterling Suites, and soon the H&H Building. Constructed in 1907-08, the Himmelberger & Harrison Building was the first modern "fireproof" office building in Cape Girardeau, and no expense was spared.

Here's a quick look around as the grandeur of the original building is brought back to life.

View of the lobby: 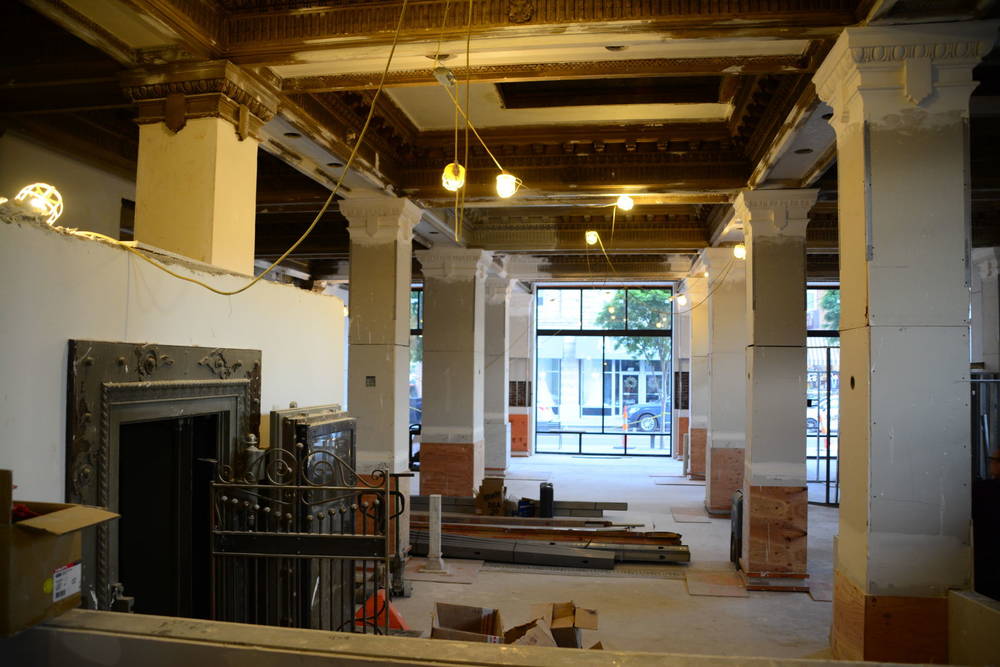 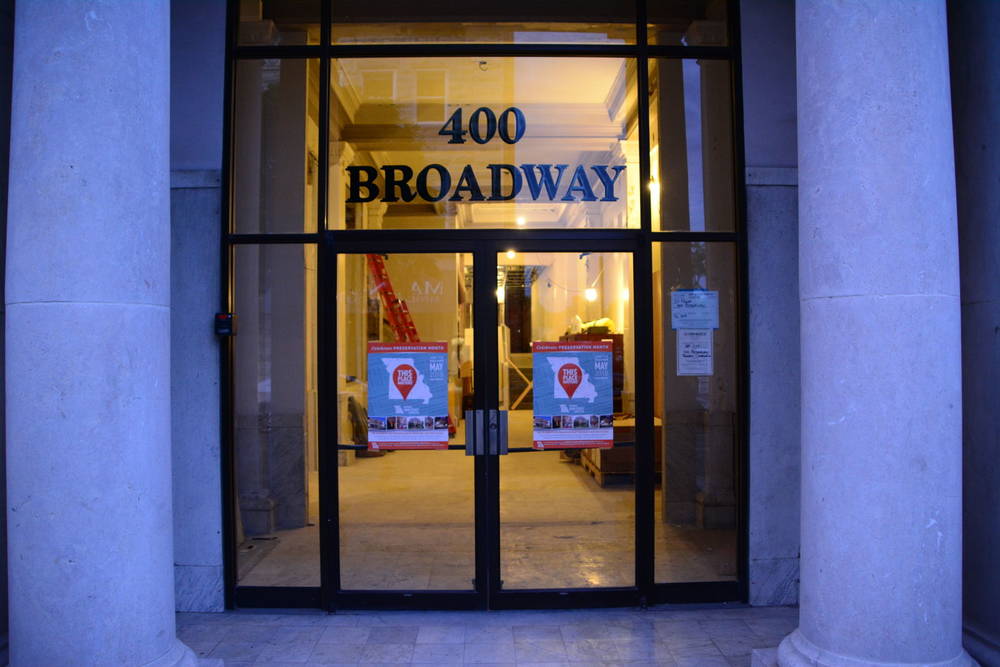 Decorative plaster work exposed after the drop ceilings were removed (the white areas have been reconstructed, while the dark areas are original): 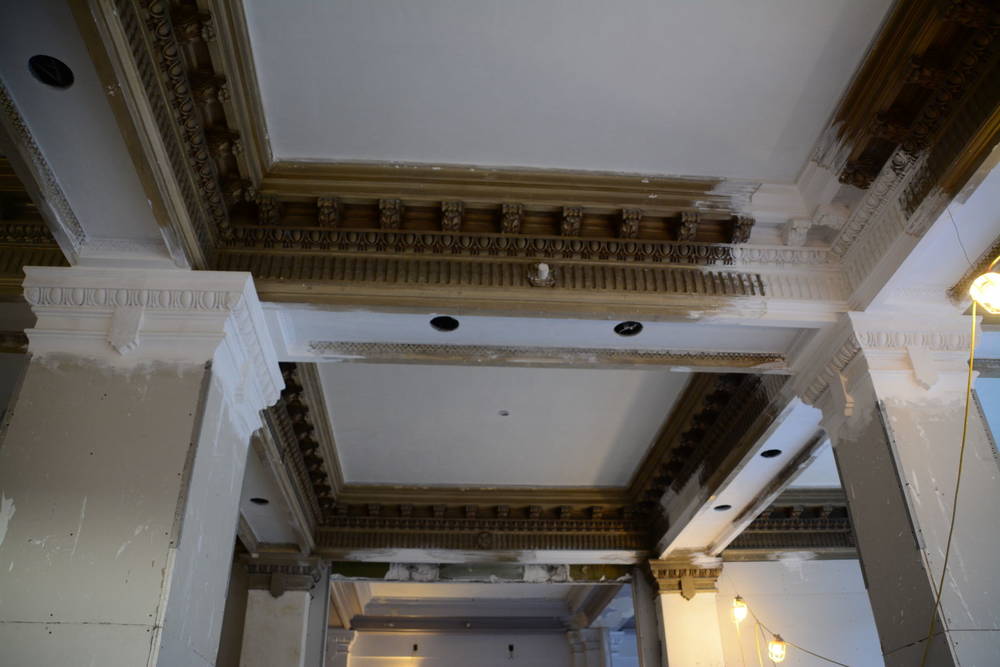 Close-up detail of the plaster work: 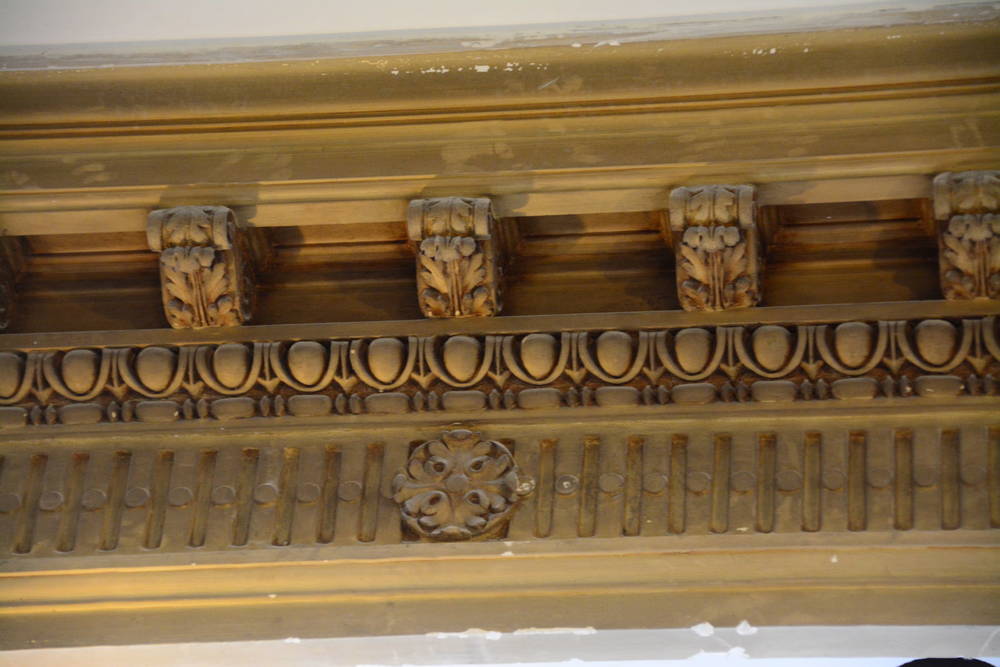 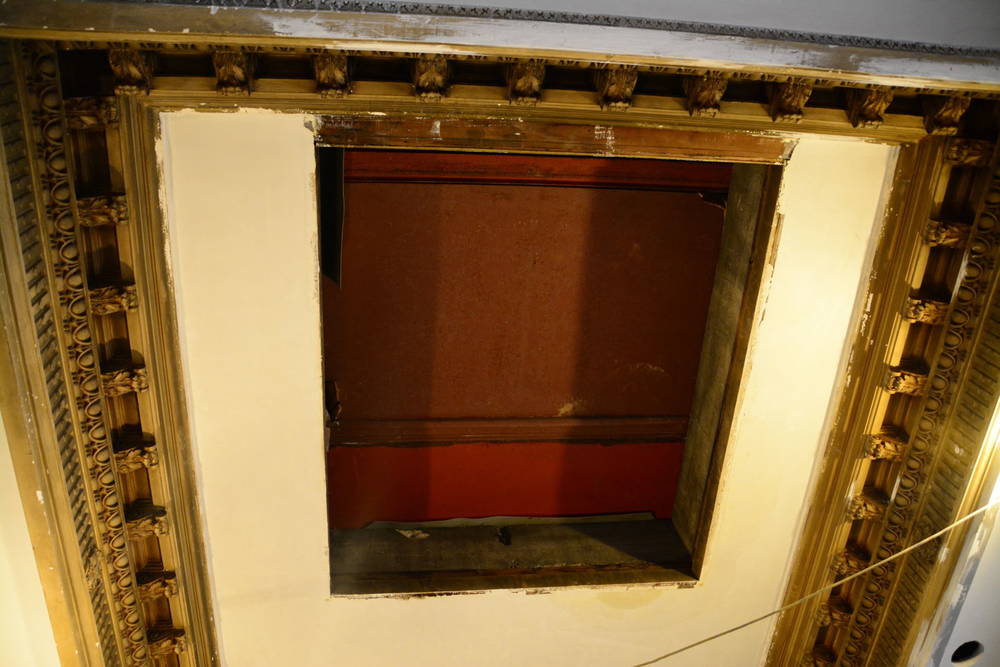 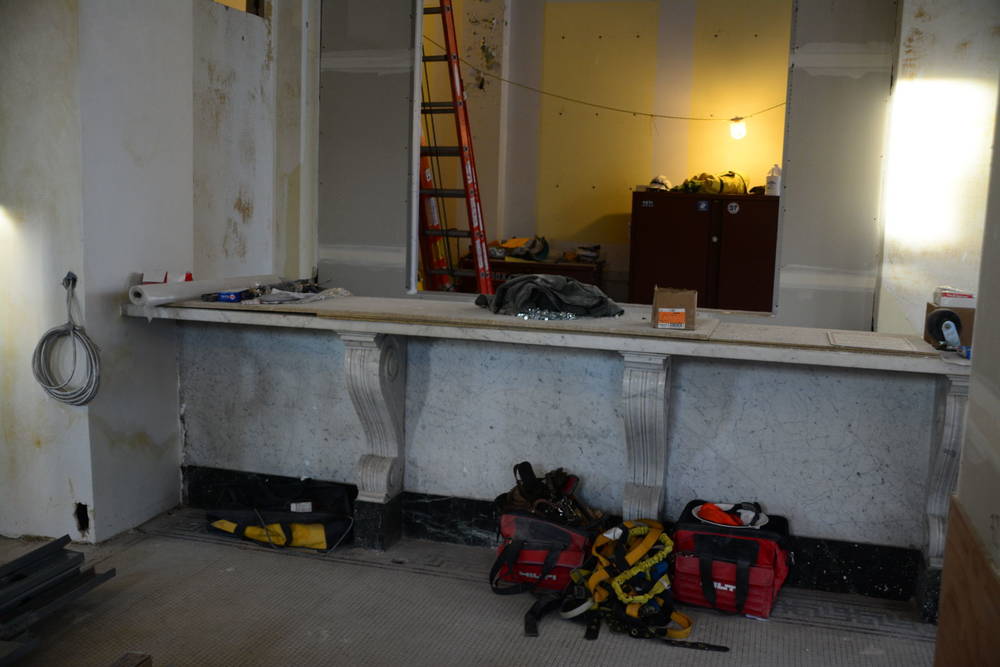 Bank vault to be used as a meeting room: 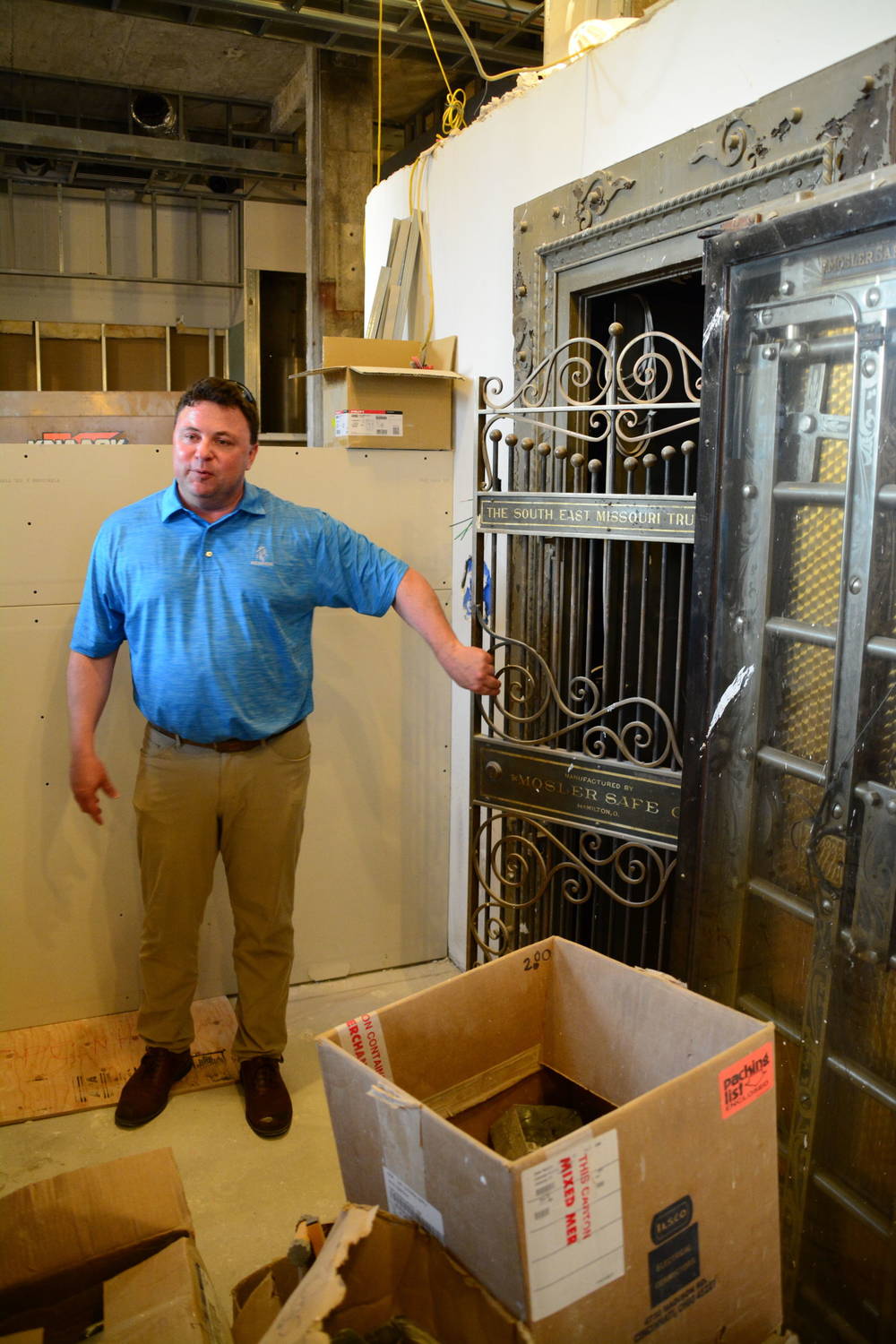 Tile mosaic floors in the lobby: 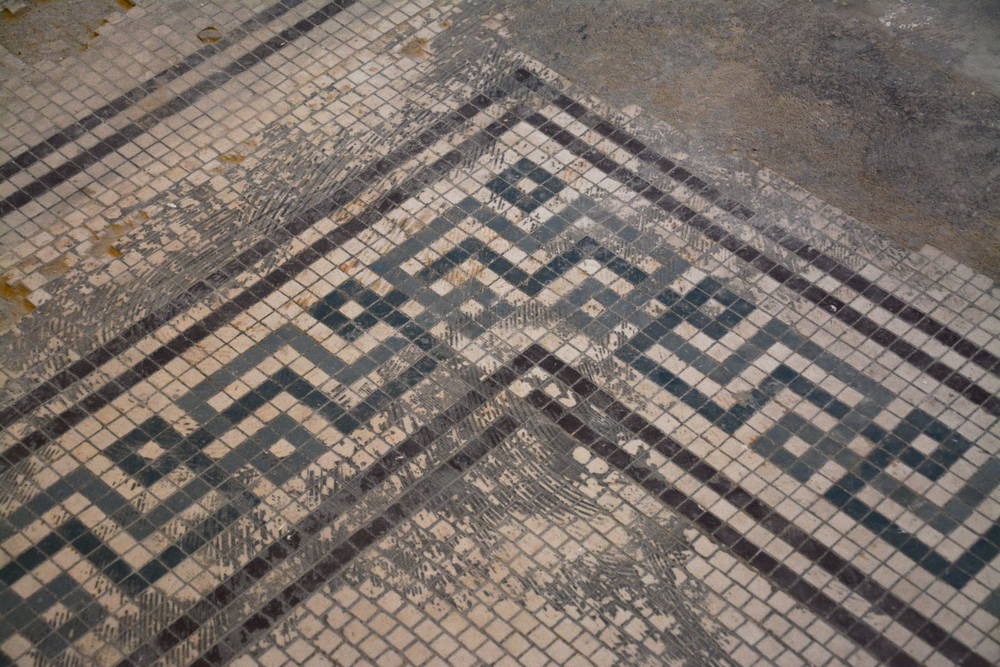 Marble feature along the main staircase: 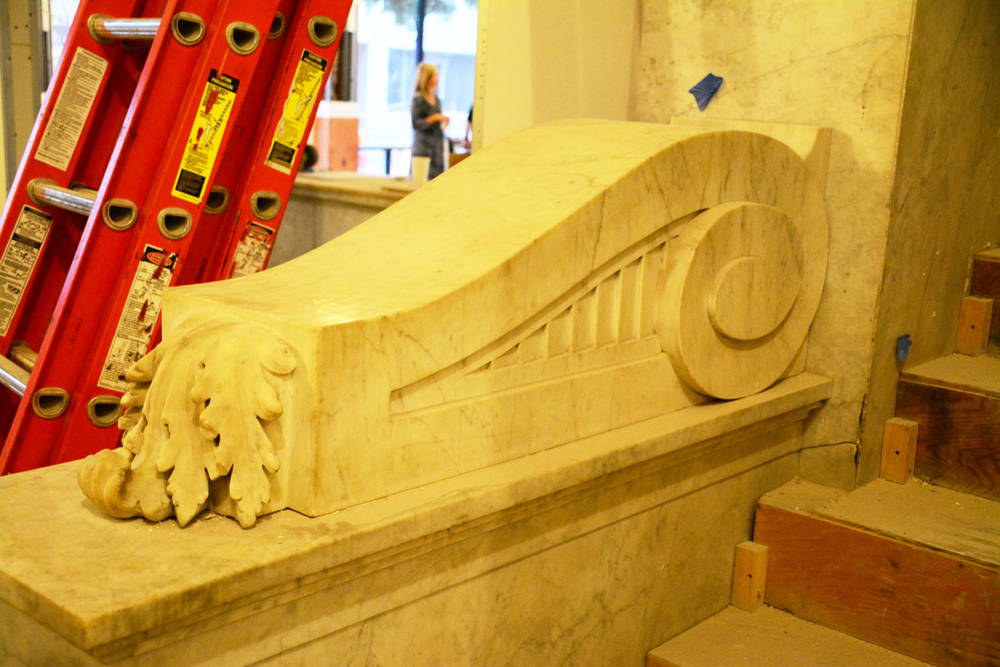 An alley separates the H&H building from the 1916 garage building to the north. Both buildings will be used as part of the Marriott hotel, with an elevator tower under construction between the two. 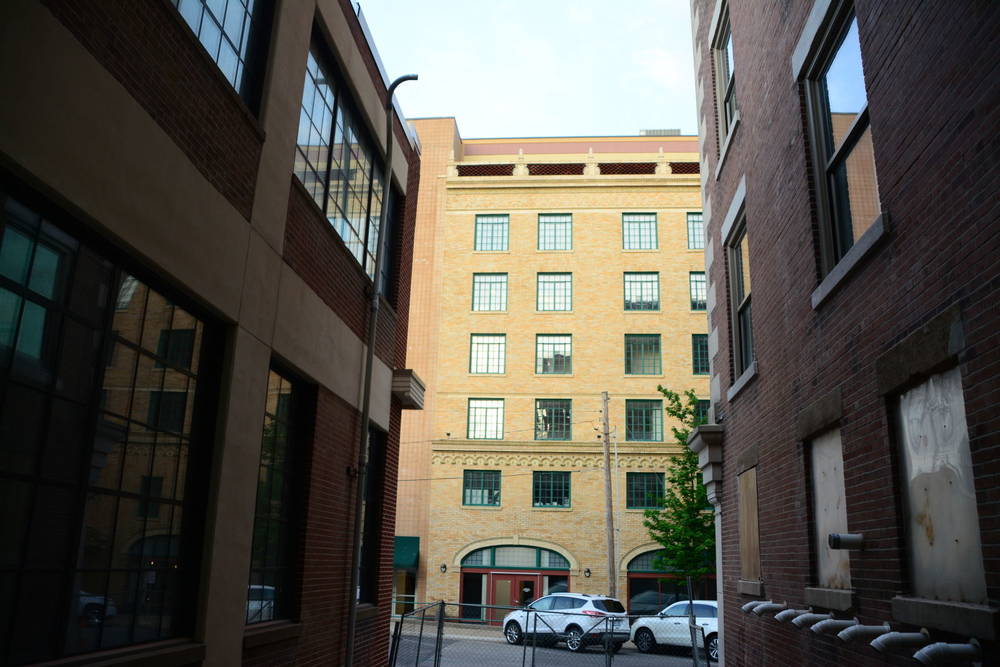 One of the hotel rooms in the garage building featuring a spectacular window: 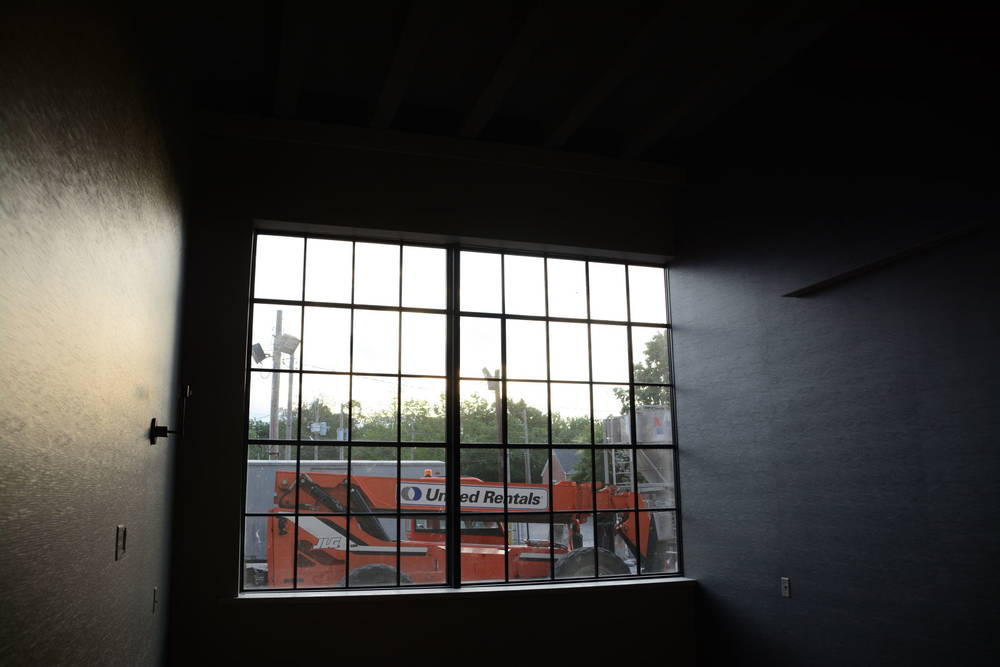 The hotel rooms are in various stages of completion: 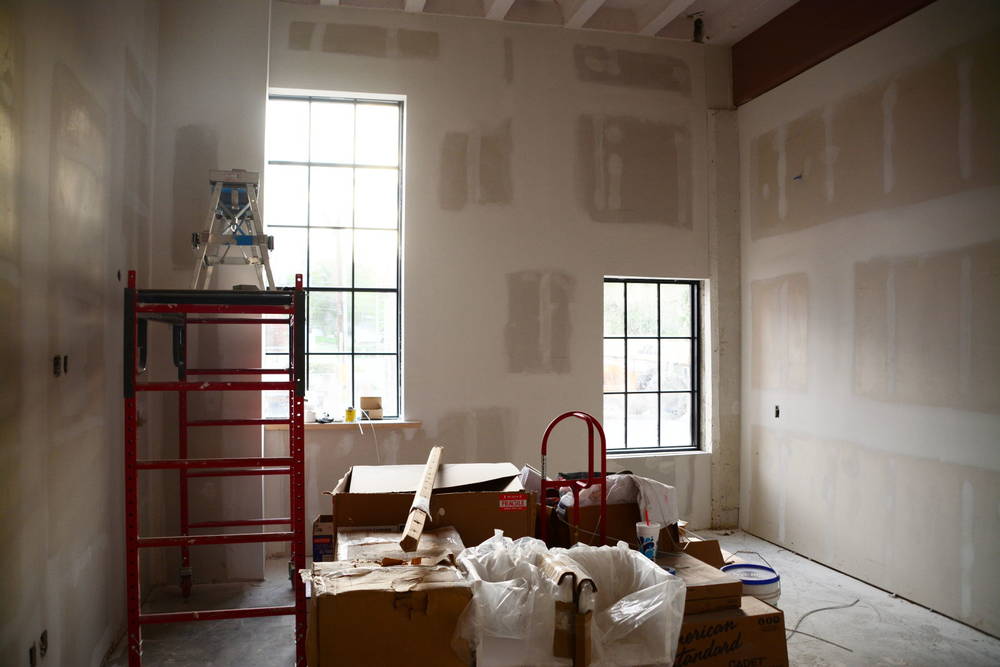 When built, the H&H Building had an elaborate stone cornice along the roof edge. By 1936 this feature was crumbling and posed a hazard to everyone on the streets below, forcing its removal. The developer is working to bring back the cornice: 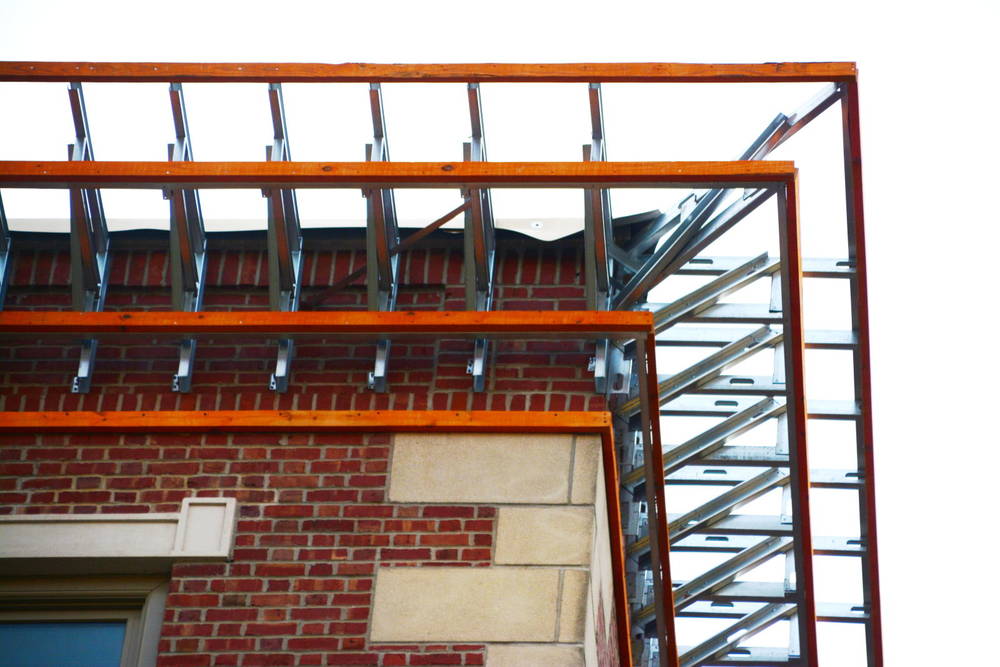 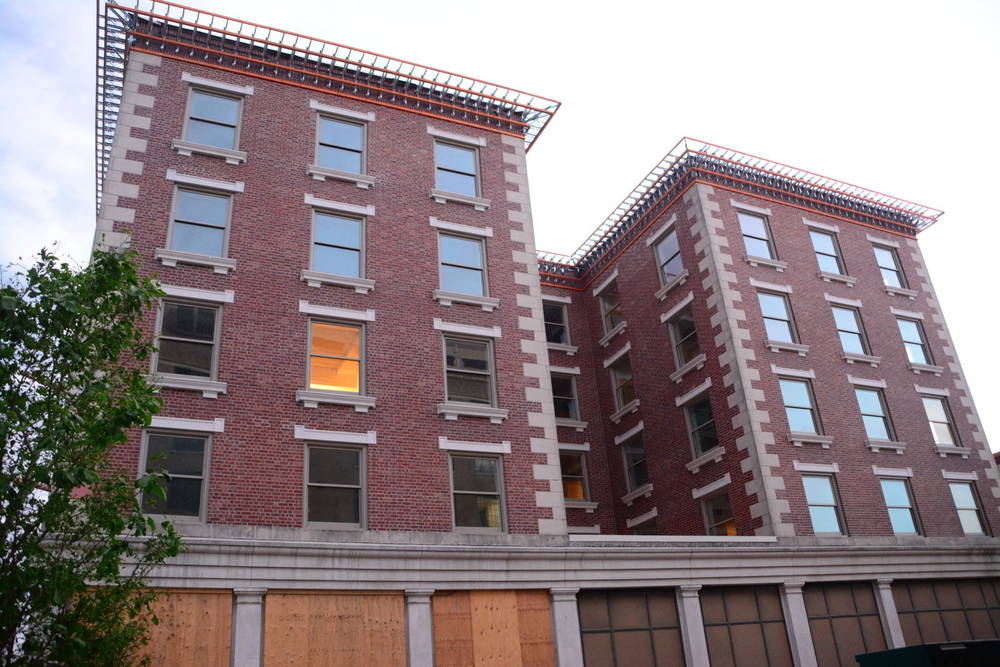